The government’s Scientific Advisory Group for Emergencies (Sage) found that BAME people may actively resist Covid-19 guidance because they do not trust the government due to “historical issues”.

The findings by Sage’s behavioural science unit SPI-B came in response to data showing BAME people are more likely to die from coronavirus than white people.

And it comes amid concerns about coronavirus hotspots in areas where BAME people are at increased risk of infection, potentially due to the presence of more large, intergenerational households and the fact that many are employed in frontline roles.

The scientists urged the government to promote culturally specific health messages for BAME communities and to use people who are “known and trusted” to them.

In a paper titled Public Health Messaging for Communities from Different Cultural Backgrounds, written in July but published on Friday, they said: “During a pandemic, many racial and ethnic minority communities may be less willing to trust government communications on pandemic measures due to historical issues and contemporary perceptions of institutional racism.

“Mistrust of government and authorities may result in active resistance to risk communication particularly when messages are perceived as authoritarian from sources that are not trusted.”

The report added: “Health messages are more likely to be received by someone known and trusted within BAME communities.

“These include faith groups, community leaders and lay health educators such as shop workers and taxi drivers.” 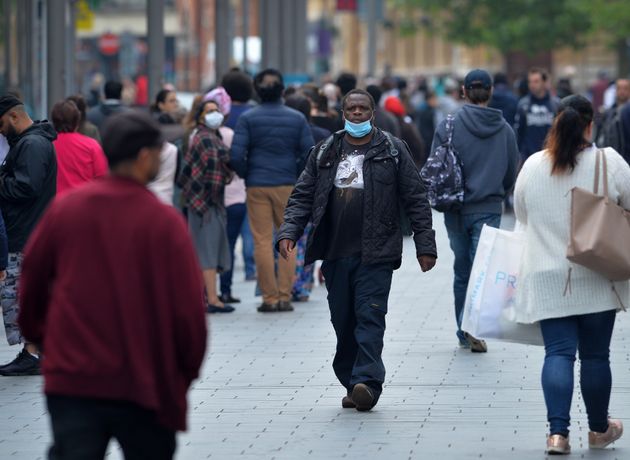 NHS Test and Trace must also ensure it transmits messages effectively to communities as terms like “shielding” and “self isolation” do not retain the same meaning or cultural content when translated, and the government needs to take this into account.

It should also ensure it has multilingual contact tracers.

Local authorities should have an active BAME “engagement cell” with health, political, community, legal and academic representatives to build trust and acted as a trusted source for “hard to reach” populations, the scientists said.

Meanwhile, the perception that promoting health is a “white, middle class characteristic” and the “fatalistic attitudes” that follow should be countered by linking health messages “with social identities other than white and middle class to increase impact on BAME groups”.

The government should also highlight risks to specific groups and include stories from within local communities including “real-world examples of the consequences of following and not following health guidelines”.

But ministers should avoid using “fear inducing messages” because “stressors remain in the physical environment that are not within the control of individuals from BAME communities”.

“For example, people from BAME communities are more likely to work in frontline roles which increases their exposure and risk to the infection. If the message induces fear, it may result in denial or avoidance as a coping strategy and lead to fatalistic attitudes,” the paper said.