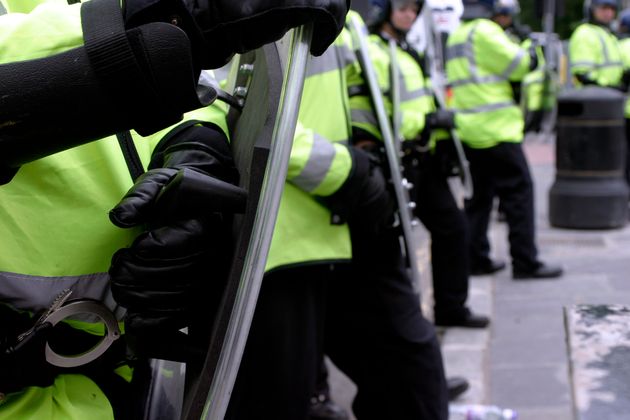 In the beginning it seemed as if we were all in this together.

There was one straightforward set of rules for everyone – stay at home – and by and large everybody abided by them.

But now, nearly all that we read points to how things are becoming more fractious.

The rules are so diverse and so complicated that not even the prime minister knows them anymore.

Patience is fraying. Opposition to Covid measures is growing (even local mayors are threatening to reject local restrictions). House parties are mushrooming.

The relations between those who support and those who oppose these measures are growing ever more bitter – more bitter, it seems, than the rift between Remainers and Leavers during the Brexit debate.

So, will these resentments and divisions flare up into open conflict? Will we see Covid riots on the streets of Britain?

In order to answer that question, it is important to get behind the headlines and consider the actual state of the nation.

To start with, there was never total agreement on how to respond to the pandemic. For sure, adherence was high. But even back in May about 10% of the population was resisting the lockdown.

And the idea that our problem is the mushrooming of house parties and raves and other flagrant breaches of regulations is dangerously misleading.

This is strikingly illustrated in unpublished data from the Scottish police. Out of 440 calls to domestic gatherings, only 13 involved more than 15 people. The great majority were a matter of people inviting a few extra visitors than they should. And when the police knocked on their door they complained “we’re not the problem, we aren’t having a party”.

The issue isn’t simply that people don’t like the measures, but that many are starting to question their legitimacy.

The point is not only that this picture of widespread resistance is wrong, but that it carries the danger of becoming a self-fulfilling prophecy.

If you tell people that everyone else is breaking the rules it normalises such behaviour and makes people feel that there is little point in them observing the restrictions.

If you focus on atypically major infractions, it makes people feel complacent about their own minor infractions. So, it is critical not to overplay the level of dissent.

But equally, it is crucial not to underplay it.

Even if the majority are adhering, there certainly is some slippage in some critical areas, such as socialising with others.

And the issue isn’t simply that people don’t like the measures, but that many are starting to question their legitimacy.

As we moved from one simple national set of rules to a complex mixture of measures applied differently in different places, this was always going to be a problem.

There were always going to be inconsistencies that undermined the rationale for restrictions (why can one meet others in a pub but not outside in one’s own garden?).

But the problems have been greatly exacerbated by a combination of two factors. The first is that, as implied in the language, the application of “local lockdowns” has been one-sided, stressing what people must not do and lacking in support to help people do it. Consequently “lockdown” has been experienced as punitive and stigmatising.

The second is that they hit some – notably the most – more than others, leading to growing unemployment and financial hardship. Desperation and stigma in the present engage with (and are amplified by) a deep historical experience of unfairness. Lockdown comes to be seen as exemplifying a long litany of insults aimed at deprived communities.

But, while a key component, this sense of collective illegitimacy is not in itself sufficient to create riots. For that, one needs an event that crystallises such abstract feelings, that brings people together, and which creates a tangible target.

Characteristically such events involve the police. In a number of countries, the combination of restrictions seen as illegitimate and harsh police action towards violations has been the toxic cocktail that produces riots.

To date, the UK has avoided this through forms of policing that seek to engage with the public and encourage adherence, rather than starting with strict enforcement.

More and more they have argued that the only way to deter such wilful acts is to threaten people with severe consequences – fines of up to £10,000.

That is a deeply worrying turn. On the one hand, blaming the public for the pandemic undermines a relationship of trust between the authorities and the public. Combine this with the sense that restrictions exemplify a history of unfair treatment against one’s group, then any punitive intervention by the police against those who refuse such restrictions can quickly lead to the police being seen as the face of oppressive authority and becoming a target of resentment.

In this way, acts of enforcement have the potential to transform strong feelings into open conflict, to draw the attention of others who see themselves as being in the same boat, and to escalate from small incidents into major disorder.

Let us stress again, we aren’t there yet. The overall story remains one of remarkable public fortitude and buy-in to covid measures. But the government’s general approach to the pandemic (of imposing restrictions but without providing the support that people -especially the less resourced – need to abide by them), combined with their recent stress on punishment, are rapidly taking us into very dangerous territory.

Stephen Reicher is Wardlaw Professor of Psychology at the University of St. Andrews and member of Independent SAGE.

Clifford Stott is a professor of social psychology at the University of Keele and expert in crowd behaviour, riots, hooliganism and public order policing.

My Housemate Has Covid. The Rest Of Us Are Just Waiting In Fear