Could A Second National Lockdown Be The Best Way To ‘Level Up’ The North And South? - Rugby and Daventry Radio Station Midlands UK 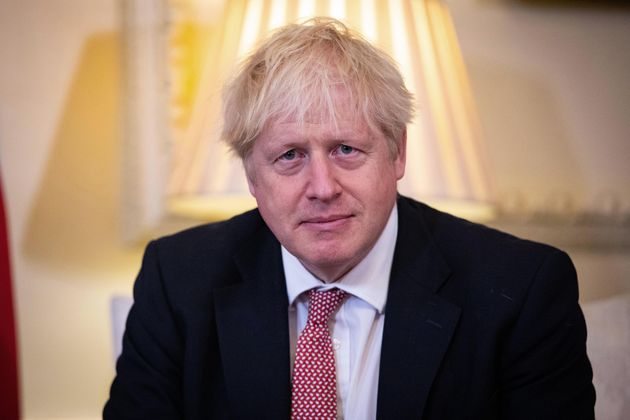 Earlier this week, the blood drained from Boris Johnson’s face and that of his No.10 team when they received the latest scientific briefing on soaring covid case numbers in the north.

Today, it was the turn of MPs in northern and midlands seats to get the white-faced treatment as chief medical officer Chris Whitty showed a series of scary slides on the rapid advance of the virus in their areas. One of the most alarming graphs showed the number of patients in intensive care in the north west and north east could soon return to the level they were during the pandemic’s peak in April.

To back up the need for action on hospitality already hit by the 10pm curfew, another slide said that 30% of “common exposures” of people under 30 stemmed from pubs, bars, restaurants. Adding in workers and not just customers, the figure reaches 42.2%. Put the two together and that looks like the virus is putting the ‘hospital’ into ‘hospitality’.

From all the hints and leaks it looks as though the government is set to introduce a “tiered” system to close bars and pubs in the worst hit areas, ban household mixing in medium hot areas and keep things as they are in others.

No.10 refused to confirm any plans today, but it has all week been talking about “not hesitating” to act “in areas where cases and hospitalisations are rising significantly”. The truth is that it is indeed hesitating because it is still weighing up the options and we won’t get to know any new action until next week.

But while a national approach is still held in reserve, it seems that Boris Johnson is set to double down on his strategy of trying increasingly strict local lockdowns. I’ve written before that his exit strategy out of lockdown has never been matched by a detailed re-entry strategy, and it seems his sole political priority is to avoid the embarrassment of having to impose a second national lockdown to match the second wave.‌

One reason for the delay in the new local curbs is that the Treasury has been hammering out the detail of support packages. Here again the suspicion among some in Whitehall is that the main reason Rishi Sunak is opposing a second national lockdown is that he would inevitably face calls for a second furlough, with all the costs that involves.‌

The situation would of course be much more bearable if England had a functioning test-and-trace system. Today’s latest figures showed it is now reporting its lowest ever contact-tracing rate (68.8%, well short of the 80% needed to make the system viable). The 24 hour test turnaround times are near a record low (11% for all routes, 25.7% for in-person tests), well below the 100% promised by the PM by the end of June.‌

Buried in the government’s press release on test and trace was a line that there are now 87 council contact tracing teams live across the country, “with more due to come online over the coming weeks”. Given that councils have a much better contact rate than Serco’s call centres, they clearly need more (centrally funded) teams as soon as possible.

It was Ian Hudspeth, the Tory leader of Oxfordshire county council and chair of the Local Government Association community wellbeing board, who today said councils need more specific information from NHS Test and Trace “alongside the right resources including funding and recruiting extra personnel”. Hudspeth famously once told David Cameron his services were squeezed by government’s cuts, but will Johnson listen more carefully this time?

With local lockdowns signally failing to stem the rising tide, more politicians are finally coming round to the idea of a “circuit break” similar to the one Nicola Sturgeon ordered yesterday. And the most senior English voice yet to advocate that idea is now John McDonnell. Speaking to our Commons People podcast, the former shadow chancellor said a two-week “severe” lockdown was needed, including shutting pubs and restaurants to give time to fix test-and-trace.

“I know it’s unpopular,” he said. “Someone put it to me the other day about the economic effects, and people will lose their jobs and the companies being hit, that will have health effects. But you can revive the economy over time – you can’t resurrect the dead.” Actually some polls suggest a circuit break could be very popular indeed.

Meanwhile, a new YouGov poll shows only 34% of the public think Keir Starmer’s Labour are doing a good job of holding Johnson to account on Covid. Given that poll after poll shows an appetite for tough restrictions, could Labour go down the McDonnell route? Starmer’s signal today that he won’t oppose the 10pm curfew next week shows he’s trying to keep his options open.

Starmer could plausibly say: we never wanted one, but the government’s incompetence in keeping a lid on the virus means a second national lockdown is now needed to save the NHS from being swamped. He could add that confusion over the local measures would be removed by a national approach, as well as a sense of national unity and solidarity if everyone endured the same medicine. “Levelling up” restrictions could mean northern voters also feel loved rather than loathed and that we are once again all in this together.

It seems Johnson may well have to head down that route anyway, so if the Opposition calls for tougher measures first Starmer could indeed become Captain Foresight. More importantly, he could argue more lives would have been saved if Johnson had followed his lead. Whether the Labour leader will be so bold remains unclear. But without some dramatic plateauing of cases and hospitalisations soon, the second lockdown (however temporary) seems to loom larger every day for the PM too.

Rugby and Daventry Radio Station Midlands UK > News > National And International News > Huffpost > Could A Second National Lockdown Be The Best Way To ‘Level Up’ The North And South?