The government has shut down a coronavirus testing centre in Kent because it needs the land to prepare for Brexit.

The revelation comes amid widespread shortages of Covid-19 tests, prompting warnings that NHS staff are being forced off to stay off work because they cannot be diagnosed.

Downing Street confirmed the site at Ebbsfleet international station has been closed after a letter leaked to the Local Democracy Reporting Service showed HMRC needs it for “EU Exit”.

The government passed regulations in 2019 to give planning permission to use one of the station’s car parks as a holding centre for lorries where customs checks could be carried out.

No.10 said the region was served by a new testing centre in Rochester, which opened earlier this month.

But it comes after NHS Providers said a lack of testing is contributing to health service staff absences, putting services at risk and impacting on preparations for the winter pressures of Covid-19 and seasonal flu.

That followed widespread reports from people across England claiming they were unable to book tests or were being offered tests hundreds of miles away. 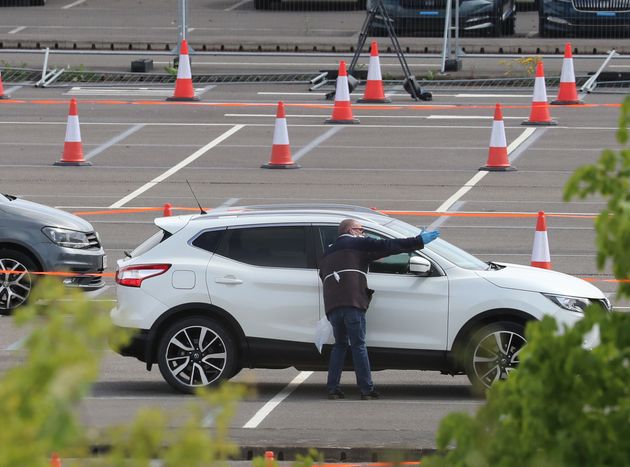 A No.10 spokesperson told reporters: “We have set up regional test sites at great speed and they reflected the immediate availability of security and access.

“The testing site at Ebbsfleet is closed and a new regional testing site is operating very nearby in Rochester, ensuring operations can continue as needed.

“Final decisions on in-land sites (for Brexit) won’t be made until we establish the extent of the new infrastructure that will be delivered at ports.”

Ministers discussed efforts to increase testing capacity at the weekly meeting of the Cabinet chaired by Boris Johnson on Tuesday.

“Capacity is the highest it has ever been but we are obviously seeing significant demands for tests. We continue to strive to increase capacity,” the spokesperson said.

They would not repeat the prime minister’s claim that the UK has a “world beating” test and trace system, saying only that it was “one of the biggest testing systems in the world”.

Brexit negotiations continue amid an acrimonious row over whether the UK plans to renege on the withdrawal agreement it signed earlier this year.