The newly-released trailer for the upcoming film The Batman has sparked a lot of conversation online, not least because of Colin Farrell’s unbelievable transformation within it.

Over the weekend, the first footage from the upcoming superhero film made its debut, offering fans a first glimpse at Robert Pattinson in character as a rather emo-looking Bruce Wayne.

What a lot of viewers missed on their first time watching the trailer was the fact that it also showed the new-look Oswald Cobblepot, better known as Batman villain, played by a completely unrecognisable Colin Farrell. 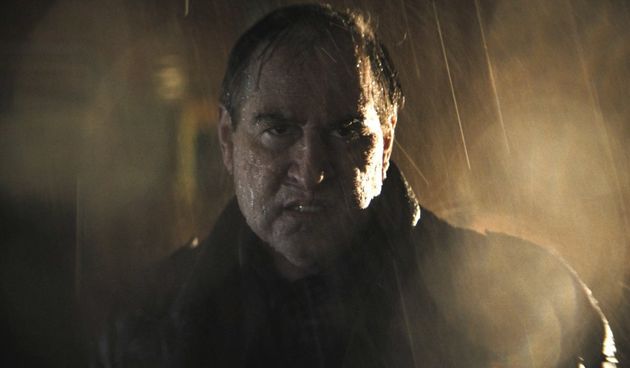 The Irish actor was seen only a couple of times during the two-minute clip, but as the penny dropped and more people realised that it was him underneath all those prosthetics and makeup, fans could not believe the transformation he’d undergone for the role…

I can’t believe this is Colin Farrell as Penguin. He’s unrecognizable lol pic.twitter.com/sbedKZxJna

Can we talk about Colin Farrell’s AMAZING makeup job? https://t.co/avhqFDux6q

I can’t wrap my head around this being Colin Farrell. Like, I still wanna believe this is someone else because HOW… pic.twitter.com/dHSpkIqSwm

Also can we talk about Colin Farrell?!
Like prostethics has come leaps and bounds?? This fits Penguin so well 😟 pic.twitter.com/p4PPCx39Ix

Also if that really is Colin Farrell under all that makeup/prosthetics then I’m pretty sure we have a Best Makeup/Hairstyling frontrunner for next year’s Oscars.

What 😨😧😦😮😯😯😲😱 that’s Colin Farrell. Oh my Damn he really got into character. This is like a mystique level transformation #TheBatmanhttps://t.co/oMgPDoztTa

Used to think Tom Cruise in Tropic Thunder or Christian Bale as Dick Cheney were as dramatic transformation we will ever get but wtf! This is Colin Farrell as Oswald Cobblepot 😮 howwww!?!? What is this magic pic.twitter.com/tQadZRquxV

However, some also pointed out that the transformed Colin Farrell did look a little familiar…

Casting Colin Farrell and spending thousands of dollars on prosthetics in order to make him look like Richard Kind, who also exists, is some of the most Hollywood shit I’ve ever seen. https://t.co/xNaEjv1Dfi

why put colin farrell in expensive prosthetics when you could just cast richard kind pic.twitter.com/8DxYkL71MJ

I thought this was Richard Kind… Anyway, we rarely mention Colin Farrell when we talk about actors who transform themselves. This guy is always doing the most https://t.co/DrT0pGHXgs

It’s been brought to my attention that this is Colin Farrell as the Penguin. And I think he made a brave choice to transform into Richard Kind for the role pic.twitter.com/96ItnYSw8g

Colin recently told SFX of the film: “I have been watching the Batman films with my kids, but this script is something that feels incredibly original. It leans into it but it doesn’t borrow; it’s born of the mythology of that character, Bruce Wayne, Batman and Gotham. But it feels like a treatment and a version that I hadn’t seen.”

The Batman will also see Zoe Kravitz taking on the role of Catwoman, while Paul Dano will be playing the film’s main villain, portraying Paul Dano aka. The Riddler.

Production on the film is expected to resume in September, after the crew took six months off due to the coronavirus pandemic.

The Batman is currently scheduled for release in October 2021.