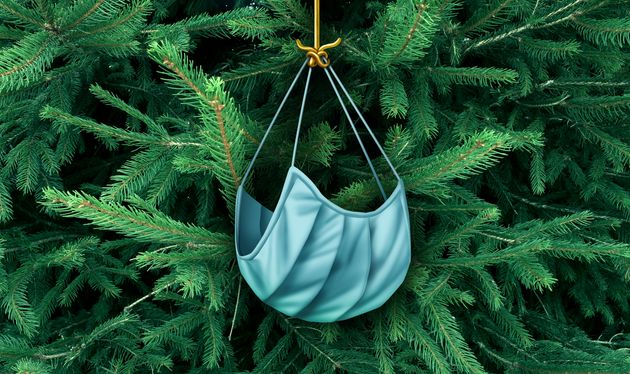 The Christmas tunes are playing, the turkey’s in the oven – but this year, your house isn’t filled with loads of people. In 2020, December 25 is likely to be a quieter affair.

With the rule of six in place in England and households unable to mix across the rest of the UK (unless you’ve formed a bubble), this Christmas will see more families stay at home, keeping things local and low-key.

In some areas, family members who live far away may be replaced at the dinner table with friends, or even neighbours, who live nearby – and there won’t be any more than six there. Unless, of course, the prime minister suspends the rule of six over Christmas, which he has hinted at.

Should he do so, however, it could not only be dangerous, given the rates of infection we’re seeing, but also unfair after areas were forced into lockdown with barely any notice the night before Eid-al-Fitr. For Muslims, Eid was a quieter celebration. And for those who celebrate Christmas, it will likely be the same.

In fact, the majority (59%) of Brits believe household restrictions should stay in place at Christmas, a Sky News poll found. We spoke to HuffPost UK readers to find out how they’re celebrating the festive season differently, as well as noting other trends we may see in 2020. No one yet knows where we’ll be with Covid in December – but here’s what Christmas could look like.

Churches up and down the UK face hurdles hosting services this year, but Father Lee Taylor, vicar of Llangollen in north Wales, has a backup plan – a few, actually. He looks after four churches and last year, they had 500 people attend one carol service by candlelight at his church.

Currently, communal worship can be attended by more than six people where groups don’t mingle, but only as many people as the place of worship can safely accommodate. If these gatherings are still allowed by December, Taylor’s plan ‘A’ is to continue with carol services but with a limited number of people in attendance. “I think ticketing is the best way,” he says. “First come, first serve.”

If tighter restrictions come into place, he’ll implement plan ‘B’. Ideas include: inviting the town to stand on doorsteps at a certain time to sing Silent Night in Welsh and English; or to host a livestream event from his home where he makes his “special trifle” and interjects with carols that people have requested.

Another option is to host a community Zoom get-together where local children can take on the role of a nativity character and he interviews them.

“It’s such a challenge preparing for the Christmas period,” he says. “We just don’t know where we will be in December.”

A focus on community

With people not wanting to (or unable to) travel over the festive break, it’s likely we’ll see more of a focus on community and charity – with people helping out in their neighbourhood and volunteering with local initiatives, like food banks.

“I think we will see a great deal of creativity in smaller communities over Christmas,” says Taylor. Like we saw with the rainbows in people’s windows thanking key workers during lockdown, we might see more community advent calendars cropping up – where neighbours dress their windows with a festive scene. This will also keep the magic of Christmas alive for kids.

A Christmas trend report from Marks and Spencer suggests there’ll be a resurgence in sending cards – particularly charity cards – as people want to give handwritten thanks, as well as send wishes to loved ones. People may send cards to neighbours they’ve bonded with during lockdown, too. 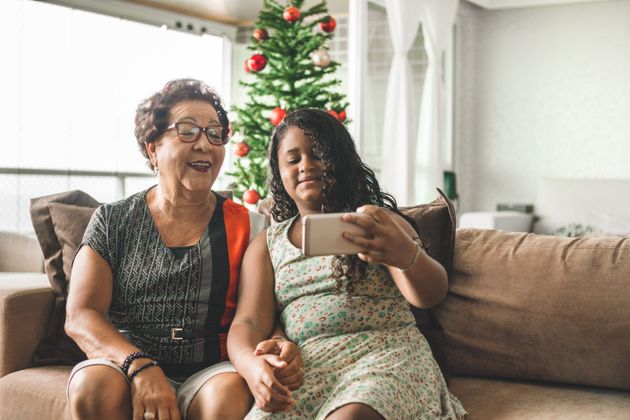 M&S’ Christmas report suggests more than a quarter of Brits anticipate smaller celebrations and gatherings this year, which the retailer has coined: Mini-mas. If households are allowed to mix, we’ll see people entertaining in smaller groups in the run up to Christmas, as well as on Christmas Day and the week following.

DeAna D’Monte, based in Folkestone, Kent, usually spends Christmas with a full house. She’d have gatherings at her home for Christmas dinner – she’d cook, while friends and family members from across the country came to her home for laughter and fun. The maximum amount she’s catered for is 18 people.

This year, it’ll just be her and her two adult children, aged 27 and 30. The 49-year-old, who runs her own gift business, says her kids will head to her house at any mention of lockdown by the government, so they won’t be separated over Christmas. “I expect the three of us will do Christmas Day and end up getting back working now, which is a shame,” she says. “On Boxing Day, we would normally have booked a meal out for all of us and gone to the cinema.”

It’s different, for sure, but a smaller Christmas doesn’t always have to be seen as a negative – after all, you’ll no longer be hit by that endless Christmas socialising many of us are used to.

Connection, but not as we know it

Technology is going to play a huge role in keeping people connected this year, particularly grandparents unable to see grandkids due to the risks involved, but also those on the shielded patient list who are unable to see their families.

People may get creative with their virtual hangouts: a return of the pub quiz, perhaps; watching a film together while on a Zoom; or even video calling other family members while you’re both eating dinner.

Nana Marfo, 37, is in the shielded patient group, as he lives with a serious respiratory condition. He’ll be spending Christmas alone. The disability advocate and founder of Unique Abilities tells HuffPost UK: “Being from a Ghanaian household, my typical Christmas would entail running around doing Christmas shopping, buying gifts and assisting with food preparation,” he says.

This year, he’ll prepare his own Christmas turkey and celebrate at home with his cat to stay safe. “What I’ll miss is the massive family gathering and having laughs while eating and playing board games,” says Marfo, based in Lewisham, south London. He plans to use Skype, WhatsApp and phone calls to keep in touch with family on the day, “to feel that Christmas is a little normal”.

D’Monte says she’s going to organise a mass Zoom call for her friends who will be spending Christmas alone, so they can touch base on 25 December. “It’s the best we can do this year,” she says. 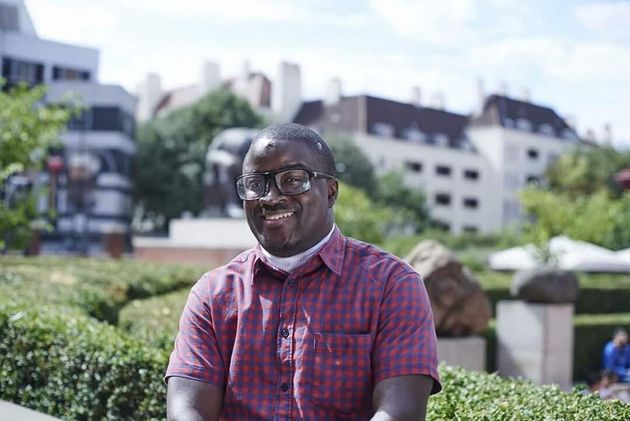 A shift in the way we gift

With fewer families seeing each other, we might see an uptake in gifting to compensate for the fact we’re unable to see loved ones.

While there’s nothing quite like doing your Christmas shopping on the high street – and many people will opt for that, with a renewed focus on buying locally and supporting smaller businesses – it’s likely we’ll also see a boom in online shopping, too. Especially for those who are more vulnerable.

People can order gifts online and get them sent straight to the recipient. Some websites even offer gift packaging so your present turns up, well, presentable.

Online shopping has never been more popular. From March to May, which coincided with lockdown, there was a huge spike in internet sales. This has been declining slowly since, but is likely to rise again in the run-up to Christmas.

This year I want to buy all my Christmas presents for people from local and/or small businesses. If anyone knows any, send then my way❤️❤️

A bigger focus on food

Food is set to become an even bigger focus for many, with plenty of new launches across the UK’s biggest retailers. Some have already started their Christmas food order services.

We’re also seeing lots of new vegan and vegetarian launches, including a vegan fondue at Waitrose – with Christmas already uprooted, it might be the perfect time to try something new.

Around one in five (19%) of us are already looking forward to our first mince pie, according to M&S. And some of us have had one already. 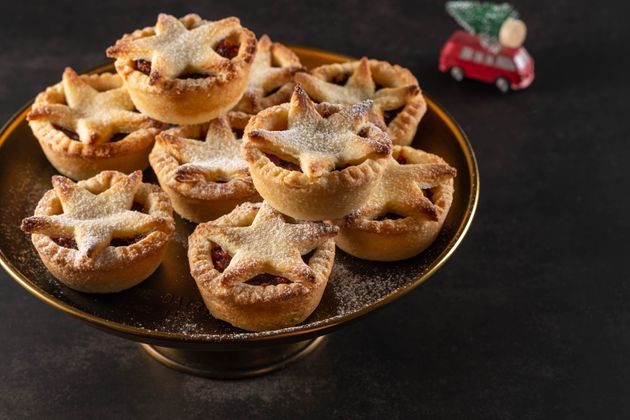 The joy of small things

We can still keep the magic of Christmas alive during Covid. It’s likely we’ll see trees and lights up even earlier, as people focus on the joy of small things. There are lots of things we’re can’t do – but there are also many things we can do. Think: movie nights, festive baking sessions, winter lights walks, Christmas craft afternoons, and bigger and better decorations in our homes.

Lucille Whiting, 38, from Suffolk, will be staying at home this Christmas with her immediate family – her husband, 42, and their five kids aged 14, 12, nine, six, and four. They usually alternate between their parents’ homes, but this year the risk is too great.

Her family came down with Covid-19 in April, so they recognise the devastating impact it could have on elderly relatives. “Both sets of grandparents are older and have health conditions and we couldn’t take the risk of them catching anything from us,” she says. “From our point of view, there’s no way any of them would survive what we went through. It’s sad, but it’s not an option.”

Whiting plans to make decorations with her little ones and do Elf on the Shelf from December 1. They’ll make reindeer food and flour Santa footprints on Christmas Eve.

“I’ve already bought moulds and cutters in to make gingerbread houses, star cookies, snowman cake pops and mince pies,” she says. “We’ll be going out in the evenings for long walks spotting all the Christmas lights and we’ve got quite a few movie nights planned.”

She also plans to stop working a bit earlier in the month than she usually would, to spend some quality time with her family. She says the children are going to make their own Christmas cards, and they’ve volunteered to deliver cards for some people that can’t get out and about.

“I absolutely love Christmas, so it’s an adjustment,” she says. “The children are disappointed, but all things considered, they’ve been very understanding and accepting. It’s been one hell of a year.”

How are you going to be spending Christmas this year? We’d love to hear from you. Send us your plans, and how you’re hoping to keep the magic of Christmas alive, by emailing [email protected]

I Help Oversee All-Mail Elections In A County Of Millions. Trump Is Wrong — It’s Safe.