Weeks after Chadwick Boseman’s death, those who knew him are continuing to memorialise a man who more than lived up to his superhero alter ego.

The Black Panther actor starred opposite Sienna Miller in one of his final films, 21 Bridges, which he also produced. Boseman died in August at the age of 43 after a four-year battle with cancer.

Miller revealed the instrumental role Boseman played in securing her an equitable salary on the film, which she described as the “most astounding thing that I’ve experienced” in the film industry. 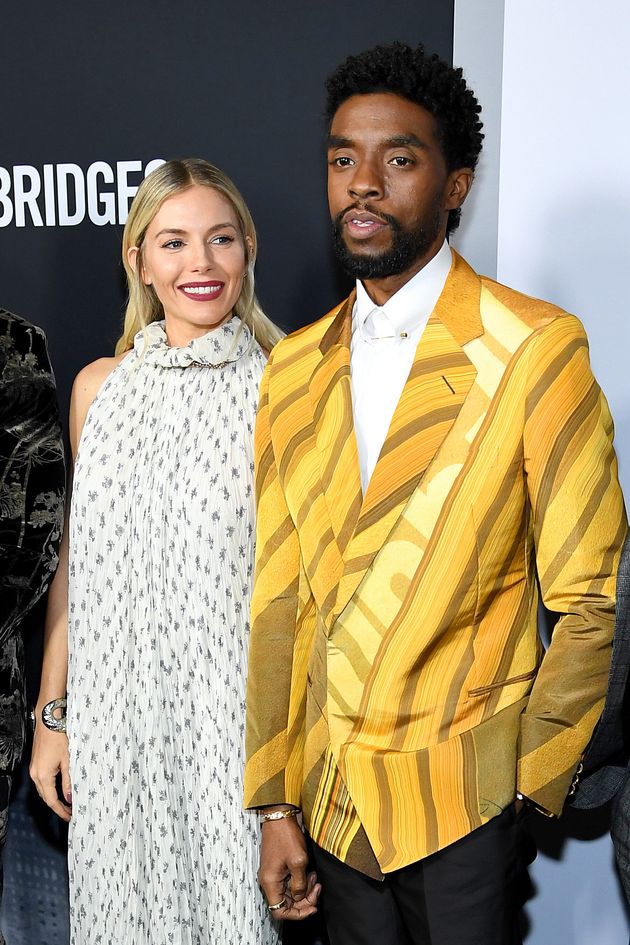 “I didn’t know whether or not to tell this story, and I haven’t yet. But I am going to tell it, because I think it’s a testament to who he was,” Miller shared with Empire magazine in a tribute to the late actor.

The British actor said that when the studio denied her initial salary demand, Boseman stepped in to donate part of his own paycheck to ensure that she got what she “deserved to be paid.”

“This was a pretty big-budget film, and I know that everybody understands about the pay disparity in Hollywood, but I asked for a number that the studio wouldn’t get to,” Miller explained.

“And because I was hesitant to go back to work and my daughter was starting school and it was an inconvenient time, I said, ‘I’ll do it if I’m compensated in the right way.’ And Chadwick ended up donating some of his salary to get me to the number that I had asked for. He said that that was what I deserved to be paid.”

“That kind of thing just doesn’t happen,” she continued, recalling he told her that, “You’re getting paid what you deserve, and what you’re worth.”

Boseman was the one who actually approached Miller to star in the film alongside him, she said, and was “really active” to get her to come aboard.

“He was a fan of my work, which was thrilling, because it was reciprocated from me to him, tenfold. So he approached me to do it, he offered me this film, and it was at a time when I really didn’t want to work anymore,” Miller said. “I’d been working non-stop and I was exhausted, but then I wanted to work with him.”

While the film wasn’t a box office smash and opened to lukewarm reviews, for Miller the experience of working with Boseman was unparalleled.

“It’s just unfathomable to imagine another man in that town behaving that graciously or respectfully,” she said, adding that other male actor friends “all go very quiet” when she recounts the story.

“There was no showiness,” on Boseman’s part about the salary issue, she said. “It was, ‘Of course I’ll get you to that number, because that’s what you should be paid.’”

Miller has previously spoken about the gender pay gap, revealing that years ago she’d turned down a major role in a Broadway production after she was “offered less than half” than her male co-star.

“I was forced to choose between making a concession on my self-worth and dignity and a role that I was in love with,” she said in a speech back in 2018.

Like most of Boseman’s co-stars, it seems as if Miller was unaware he was battling an illness at the time of filming. In fact, Disney and Marvel were reportedly kept out of the loop about the actor’s health struggles; producer Kevin Feige received an email about Boseman’s condition an hour before the actor’s death, per The Hollywood Reporter.

Earlier this month, Boseman was laid to rest near his hometown in South Carolina.

Is It Even Possible To Spend $70,000 On Hair? Stylists Break It Down