Cats can very easily spread Covid-19 among themselves, a new study has found, leading researchers to suggest people who test positive for the virus might want to make their cats self-isolate – for the sake of their furry friends.

But before you start freaking out that little Tiddles is going to give you Covid-19 because he’s been fraternising with No. 59, you need to know that the study didn’t find any evidence that cats – or dogs, for that matter – play a significant role in human infection.

Due to animal lovers’ concerns over human to pet transmission, researchers wanted to investigate the susceptibility of domestic cats and dogs to infection – and the potential for infected cats to transmit to other cats.

They put some cats infected with Covid-19 in the same room as uninfected cats and waited to see what happened. They found cats were highly susceptible to infection, with a prolonged period of “oral and nasal viral shedding”.

Cats were also found to be capable of passing the virus to other uninfected cats. However they were unlikely to develop clinical signs of illness. 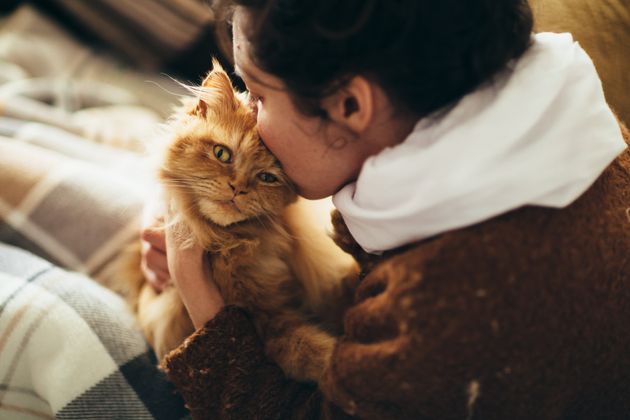 In positive news, the study found that cats developed a robust neutralising antibody response that prevented reinfection if expose to the virus again.

Conversely, dogs did not shed the virus following infection but did mount what researchers called an “antiviral neutralising antibody response”.

“Infected pet cats should not be allowed to roam freely outdoors to prevent potential risk of spreading infection to other outdoor cats or wildlife,” the researchers said.

So, self-isolating with your cat might be wise if you want to stop your moggy from giving the other local cats Covid-19.

“This study does not address these important points and so, as the authors acknowledge, we have no evidence to date of infected cats or dogs actually transmitting SARS-CoV-2 to humans.”

Jonathan Ball, professor of molecular virology at University of Nottingham, previously said that cats produce “very low levels of virus”, which is why it’s believed that cats don’t transmit the virus to humans.

Humans can transmit Covid-19 to cats, though. This latest study pointed out that “reverse zoonosis” – that is, infection from human to animal – is possible if owners expose their domestic pets to the virus during early stages of illness.

You should avoid contact with your cat including stroking, petting, being kissed or licked and sharing food if you think you have coronavirus. If you do touch them, make sure you wash your hands before and afterwards.

Daniella Dos Santos, president of the British Veterinary Association, previously told HuffPost UK: “We also recommend that owners who are confirmed or suspected to have Covid-19 should keep their cat indoors if possible, but only if the cat is happy to be kept indoors.

“Some cats cannot stay indoors due to stress-related medical reasons.”