Cat Deeley’s Incredible Story About Mariah Carey On SM:TV Is The Stuff Of Legend

Cat Deeley’s Incredible Story About Mariah Carey On SM:TV Is The Stuff Of Legend

Mariah Carey is known as much for her diva antics as she is for all of those classic hits.

This is the woman who admitted to playing a live version of her song Fantasy so that her twins could hear the applause of a standing ovation as they entered the world.

Or how about the time she reportedly stormed out of President Obama’s inauguration ceremony because she wasn’t on the same table as the First Couple?

But despite her demands, Mariah isn’t above getting stuck in when duty calls – something Cat Deeley has receipts for.

Cat has recalled the time Mariah played her bridesmaid and walked her down the aisle on her faux wedding day in the last ever episode of Chums when she appeared on SM:TV Live﻿ back in 2001. 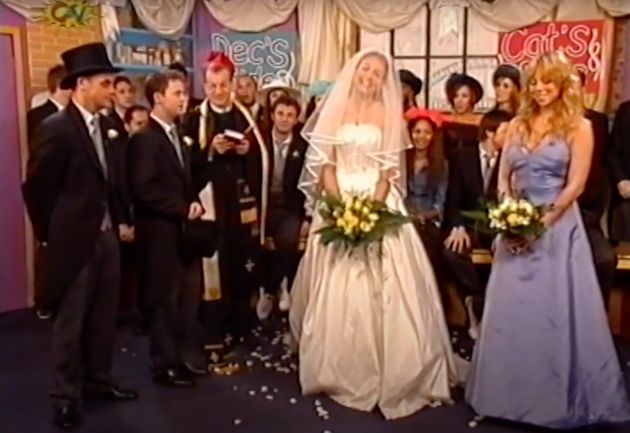 And we were not prepared for the behind-the-scenes secrets the presenter let us all in on during an appearance on Monday’s The One Show.

“She actually went to Virgin Brides herself to pick that monstrosity of a dress but she wanted to be in lavender satin,” Cat recalled.

“As I was standing waiting to go on set, she fluffed my dress. I said, ‘Mariah what are you doing? What you doing Mariah?’ And she said, ‘You’ve got to look beautiful, it’s your wedding day!’”

Earlier this month, Ant and Dec confirmed that an SM:TV reunion special, featuring themselves alongside Cat, has already been filmed.

During an interview with Zoe Ball on her Radio 2 show, the pair revealed they’d already recorded a nostalgic one-off look back at the hit children’s show, which will be airing later in 2020.

“There’s definitely an SM:TV reunion,” Dec explained. “We’ve filmed a show looking back at the story of SM:TV and how it came about.

“That’s going to be on later in the year. We’ve recorded that already.”

Asked whether a one-off return for SM:TV Live could be in the pipeline, Dec added: “We should just do another one time. Just do it. But do it 9.25 on a Saturday morning for three hours, get some bands on.”

He added that while he and Ant would “love to do it”, he “doesn’t know if we can”. 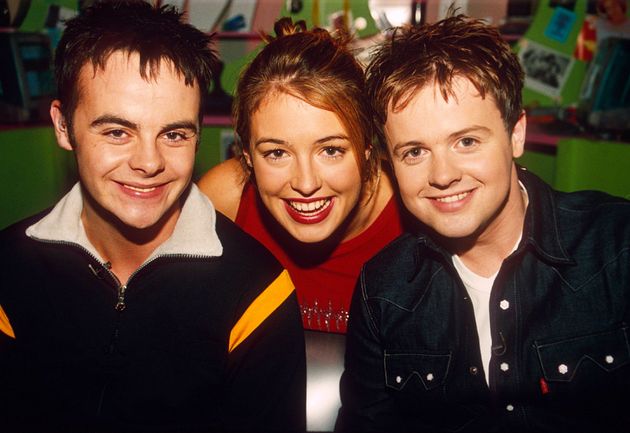 Ant and Dec hosted SM:TV Live with Cat Deeley for three years, eventually stepping down in 2001, around the time they began presenting Pop Idol on Saturday nights.

SM:TV was known for its unpredictable – and usually fairly chaotic – live studio segments, which included recurring features like the quiz Challenge Ant, the game show Wonky Donkey and Chums, a weekly parody of Friends.

The presenting duo were previously tipped to have been reuniting with Cat for a one-off instalment of SM:TV in 2018, to commemorate the show’s 20th anniversary.

However, these plans were seemingly quashed when Ant decided to take some time out of the spotlight to focus on his recovery, following his arrest for drink-driving.