Cardi B Files For Divorce From Offset

Cardi B Files For Divorce From Offset

Cardi B filed for divorce from husband Offset, just days shy of what would have been their third wedding anniversary.

News of the filing by the “WAP” singer in Fulton County, Georgia ― where she and the Migos rapper live ― bubbled up on social media on Tuesday.

It indeed appears that Cardi B filed for divorce from Offset in Fulton County, Georgia earlier today. The hearing is set for Nov 4, 2020.

Wishing them both the best. pic.twitter.com/Cx24VptzbD

HuffPost confirmed the filing posted on Twitter is legitimate. The duo’s court hearing is set for November 4.

The couple has had a publicly tumultuous relationship over the years, breaking up in 2018 just months after the birth of their daughter, Kulture, and getting back together in 2019.

After meeting in 2016, Cardi B and Offset reportedly started dating the following year with their first date being at the Super Bowl. Cardi B announced she was pregnant to the public in April 2018. A few months later, Cardi B gave fans another revelation: She confirmed that she and Offset, born Kiari Kendrell Cephus, had secretly married on September 20 2017, in Fulton County. 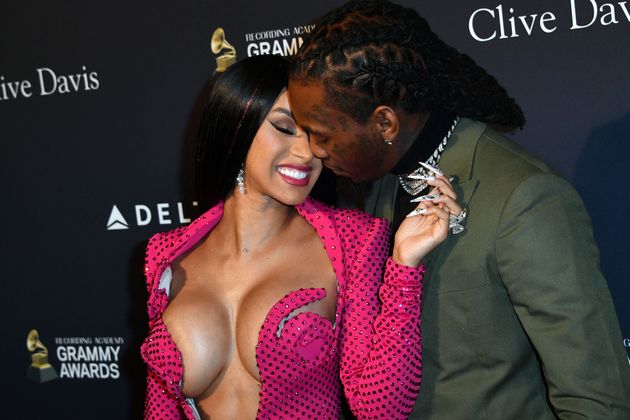 Of the ultra-private nuptials, she wrote on Instagram in 2018 that she wanted it to be a moment “to keep for myself!”

“Our relationship was so new breaking up and making up and we had a lot of growing up to do but we was so in love we didn’t want to lose each other,” Cardi B wrote.

On her married life, Cardi B spoke candidly to Vogue at the end of 2019 and talked about Offset’s history with infidelity.

“When me and my husband got into our issues — you know, he cheated and everything — and I decided to stay with him and work together with him, a lot of people were so mad at me; a lot of women felt disappointed in me,” she told the publication. “But it’s real-life shit. If you love somebody and you stop being with them, and you’re depressed and social media is telling you not to talk to that person because he cheated, you’re not really happy on the inside until you have the conversation.”

More recently, the 27-year-old told Elle magazine that her marriage “has a lot of drama and everything.”

Have I Got News For You: 15 Things You Didn’t Know About The Show As It Celebrates 30 Years On Air

Is The 10pm Curfew Doing ‘More Harm Than Good’?