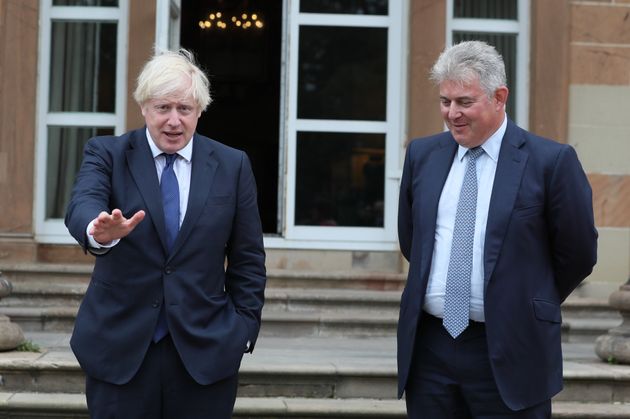 Boris Johnson’s government has claimed that a cabinet minister “answered the wrong question” when he suggested that new Brexit legislation would break international law.

Senior minister and chief legal officer Lord Keen of Elie said that Northern Ireland secretary Brandown Lewis had effectively misspoken when he made the dramatic admission to MPs last week that the Internal Market Bill would breach the law “in a specific and limited way”.

Keen, the Advocate General of Scotland, made the remarks as government whips struggled to reassure backbench Tory MPs and peers and avoid a parliamentary rebellion over the legislation next week.

But the shift in stance was swiftly greeted with ridicule by Labour and Tory peers, with shadow attorney general Lord Falconer telling HuffPost UK that Lewis was being “hung out to dry” for telling the truth.

Quizzed during an emergency question on the issue in the House of Lords, Lord Keen said: “I have satisfied myself as to the correct legal position in this context. It is my view that the Secretary of State for Northern Ireland essentially answered the wrong question.”

It was unclear which question Lord Keen felt that Lewis was answering, and his words sparked groans of dissent.

Lord Falconer heckled in exasperation: “For goodness sake – he [Lewis] is a Cabinet minister!”

Lord Keen replied: “I hope he has not become unwell in view of the noises emanating from him. But if he has, I wish him well for the future.”

Afterwards, Falconer told HuffPost UK: “This was incomprehensible. The Northern Ireland Secretary was honest in his response, but is now being hung out to dry by his own government.” 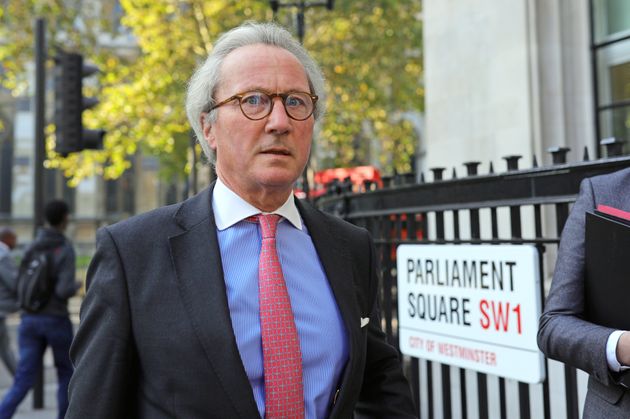 Lord Keen’s remarks were part of a wider shift by the government to deny that its new bill would breach international law, despite key clauses explicitly setting out how they would be incompatible with the Brexit Withdrawal Agreement signed by the PM and the EU earlier this year.

The legislation would allow the UK to set tariffs and state aid rules of its own, should talks collapse between the UK and Brussels, and has been described as a “safety net” by No.10.

Keen stressed that its powers to tear up the Brexit divorce treaty would only come into effect if the EU breached its own duties under the agreement or if the UK chose to exercise other legal rights.

Tory peer Lord Lexden had led the criticism, asking the minister: “Is it not difficult to retain confidence in the Lord Chancellor and the law officers of the Crown when they acquiesce in the government’s declaration of a willingness to break international law?

“Are they not charged, these officers of the Crown, with responsibility for ensuring that ministers respect the rule of law – national and international – in all circumstances?

“A duty with which permitting threats to break it are hardly compatible.”

But Lord Keen replied: “In my opinion, the present Bill does not of itself constitute a breach of international law or of the rule of law.”

In unusually robust remarks for the House of Lords, Lord Falconer hit back: “The key characteristic for law officers is not brains – they can get all the advice they want from the English bar of lawyers – it is backbone.”

Lord Falconer said: “The party that changes its story on law as this government does shows it lacks backbone.

Tory former solicitor general Lord Garnier, another critic of the new legislation, said: “The Bill that we are considering disapplies sections of a treaty which we have freely entered into.”

He questioned “how does that fit” with the first duty of the law officer being to uphold the rule of law.

Lord Keen said: “As regards the present Bill, it is designed to provide for a contingency which will only operate in the event of us having to respond to a material breach or a fundamental change in obligations and then only by bringing forward regulations that will require the approval of this House.

“Unless and until that occurs, there is no breach of the treaty. There is simply a means by which the treaty obligations can be addressed in the event of a breach.”

Boris Johnson has held personal talks with lead rebel Sir Bob Neill, who has tabled an amendment aimed at giving MPs rather than ministers the final say over any powers used to tear up the international treaty.