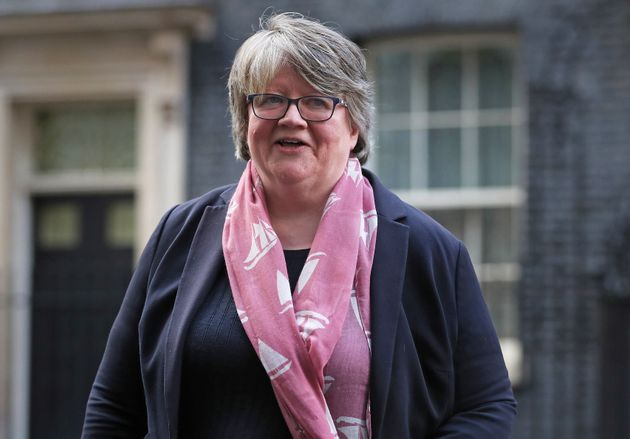 The government faced fresh accusations of sowing confusion over Covid rules when a cabinet minister suggested people should go back to work – days after Boris Johnson issued “work from home” guidance.

Work and pensions secretary Therese Coffey told MPs that “we are wanting people to go back to work”, adding “we are now in a position where ‘stay at home, lockdown’ approach is not here anymore”.

Labour pounced on her words, claiming they directly contradicted the PM’s own U-turn last week when he advised the public that “we are once again asking office workers who can work from home to do so”.

But government sources insisted that Coffey was being quoted out of context, stating she was not referring to office workers but to self-employed workers who had been prevented from doing their jobs early in the national lockdown, rather than office staff.

Read more: 7 Times The Government Forgot Its Own Coronavirus Rules

Johnson was himself forced to apologise this week for wrongly stating the new rules on outdoor gatherings in pubs and restaurants in the north east of England.

Coffey’s words came as she hinted to the Commons work and pensions committee that she was looking at possible extension of Universal Credit increases that were introduced early in the pandemic.

The minister was asked about plans to reinstate in mid-November a so-called “minimum income floor” (MIF) that would cut the benefit for self-employed workers.

She replied: “We are now in a position where ‘stay at home/lockdown’ approach is not here anymore. I appreciate there are local restrictions which make things more challenging.

“We do think we’re at a point now where the economy is starting to recover, we are wanting people to go back to work. And as a consequence start to get into the reinstating of the MIF. How we go about that is still under active consideration.”

Shadow work and pensions secretary Jonathan Reynolds said: “It’s remarkable that the secretary of state doesn’t know her own government’s advice on people returning to their workplace.

“The last 24 hours have left the public wondering if there is anyone in government who does know the regulations. This serial incompetence is confusing and insulting to the vast majority of people doing the right thing and trying to follow the guidelines.”

But a government source stressed that Coffey was replying directly to a question about Universal Credit and was being “quoted out of context”.

“The secretary of state was talking about encouraging self-employed people on Universal Credit to begin operating their businesses again by reintroducing the Minimum Income Floor. She did not contradict government guidance,” they said.

Coffey did however offer hope that a £20 a week increase in overall Universal Credit introduced earlier this year could remain in place beyond next April, when it is due to be axed.

Campaigners have called for an extension of the higher rate and in an open letter to chancellor Rishi Sunak organised by the Joseph Rowntree Foundation, more than 50 organisations and church leaders warned that 700,000 people will be “pulled into poverty” if the £20 increase was not extended.

Coffey said: “A lot of these discussions on what we continue to do with welfare support are still in active discussion with the Treasury.

“Of course, some people have lost their jobs. We need to keep considering some of the other levels of support we may wish to provide going ahead.

“I do worry about the financial resilience, I’m very conscious about debt challenges.”