British Chinese MP Sarah Owen has described how the Covid-19 crisis has “lifted the lid” on anti-Asian racism as she called for more leadership from the government.

The Luton North MP says she has been repeatedly targeted online and that racists see the pandemic as “an excuse almost to either devalue us or lump us together”.

She called for politicians to take “a leadership stance” on the issue amid fears racism could worsen.

It comes after US president Donald Trump has frequently called Covid-19 “the Chinese virus” and a survey in May said anti-Chinese racist abuse had skyrocketed since lockdown, with victims reporting being spat at, physically abused and told to “f*** off back to China”.

Owen told Times Radio she had been accused of being part of “some massive Chinese communist party conspiracy” and sent pictures of people eating live animals.

Asked by radio host Gloria de Piero if she had been targeted, Owen said: “Bluntly, yes I am. I mean, because we’ve been in lockdown it’s not been too much face to face but if you look at my Twitter in particular, not so much from Facebook, but you look at Twitter…and it will be punching up racism as well as punching down. 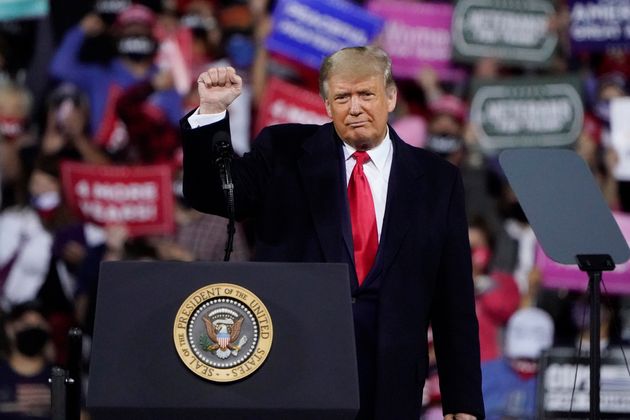 “I mean the amount of videos that have been sent to me on my Twitter where people are eating live animals, as if that is somehow an okay thing to do now because we’re in a pandemic.”

Owen said she did not believe the racism didn’t exist previously, but that people felt emboldened by some politicians’ rhetoric during the pandemic.

She said: “I think that that racism has been there all the time, it’s just that the pandemic has really lifted the lid on it and given people an excuse almost to either devalue us or lump us together as one big ethnic group.

“When you see the likes of Donald Trump, for example, calling it a China virus or being really outright rude to Asian-American reporters and when you see Conservative MPs that are sending jokes with racist tropes in on WhatsApp, it sends entirely the wrong message.

“And it isn’t okay and it’s not acceptable and I do worry that unless there is a leadership stance on this we are going to continue to see that increase in racism against east Asians and south east Asians in the UK.”

Separately, foreign secretary Dominic Raab and a string of other MPs have criticised how the Chinese government operates – with many advocating state-controlled enterprises be barred from a role in UK infrastructure such as 5G – and its handling of the outbreak.

Raab has said there will be no “return to normal relations” with Beijing, following a number of criticisms over the government’s failures surrounding the early stages of the disease and that there should be an international inquiry.