Britain’s Got Talent: Ashley Banjo To Step In For Simon Cowell After Judge’s Back-Breaking Accident

Britain’s Got Talent: Ashley Banjo To Step In For Simon Cowell After Judge’s Back-Breaking Accident

Simon Cowell is set to be replaced by Ashley Banjo during the upcoming Britain’s Got Talent semi-finals.

The show’s creator and judge will have to sit out some of the next stage of the competition after breaking his back in a bike accident earlier this month.

Ashley, who won the show in 2009 as part of dance troupe Diversity, will keep Simon’s seat warm when filming of the first semi-final takes place next week.

“Walking on that stage as a 20-year-old street dancer from East London and now I am walking out there and stepping in for the big man.

Simon added: “Ashley will be a fantastic addition to the panel. He knows the power of the show and the responsibility of it.

“I couldn’t think of a better person to sit in my seat whilst I follow doctor’s orders. I hate that stupid bike.”

Ashley, who is a judge on Dancing On Ice, will take a seat alongside regular judges Amanda Holden, Alesha Dixon and David Walliams.

The semi-finals of Britain’s Got Talent were due to take place live over a week in May after the pre-recorded audition stages finished airing, but were postponed due to the coronavirus pandemic.

The shows will now be pre-recorded and air in a Saturday night slot in the autumn, with the final taking place live in October. 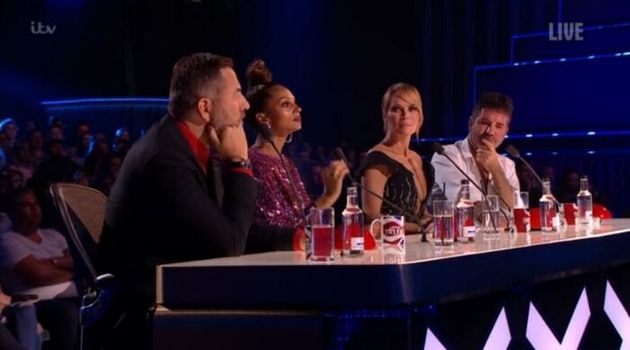 For the first time in BGT history, there is also set to be no studio audience, with producers currently on the hunt for people to appear from home as part of a ‘virtual audience’.

This format change was recently used on the US version of BGT, where Kelly Clarkson also stepped in to cover for Simon, who usually judges the show there too.

The TV mogul was rushed to hospital with a broken back, after falling from an electric bike he was riding at his home in California earlier this month.

He has since undergone surgery and is now recovering at home, with his America’s Got Talent co-star Heidi Klum revealing he has managed to get back on his feet.

£10,000 Fines For Rave Organisers Introduced Ahead Of Bank Holiday