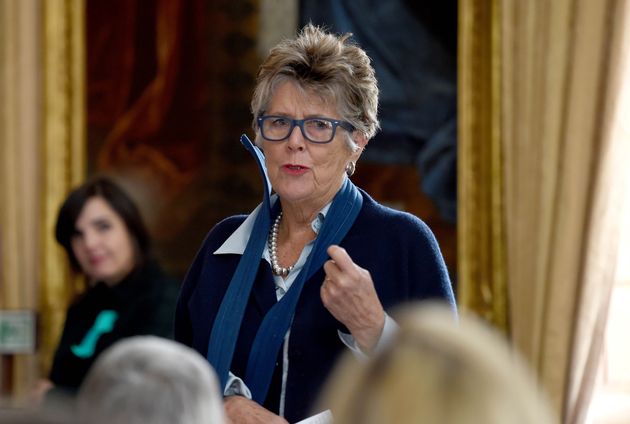 Leave-voting Prue Leith has been criticised for her recent campaign to “back our farmers” and protect them from the consequences of Brexit.

On Saturday the Great British Bake Off judge wrote on Twitter: “British farmers are the best in the world, let’s support them this week.

“Everybody who cares about British high food standards should back our farmers, after all we are what we eat!”

But many pointed to the irony of Leith urging Britons to protect farmers from the UK importing cheap quality food like chlorinated chicken and hormone-fed beef as part of post-Brexit free trade deals.

Oh no, it’s the consequences of my own actions https://t.co/fMKIfWhAJ6

Her comments came after she called on Boris Johnson to block substandard foods into the UK.

She told the Mail: “British farmers are the best in the world – let’s support them this week.

“Everybody who cares about British high food standards should back our farmers. After all, we are what we eat.”

She added: “Chlorinated chicken is the least of the problems that could be coming our way in future trade deals.”

Prue Leith, avowed Brexit supporter, seems to only just have woken up to Brexit’s potential to destroy the quality of UK food, and hurt British farmers.

And magically she’s all hand-wringing and smelling salts.

Leith has previously defended her views on Brexit, after revealing on ‘Question Time’ in 2018 that she had voted to leave the European Union.

She said: “I ended up voting for Brexit but I dithered and dithered for ages because there were really good arguments on both sides, and really intelligent people on both sides. It’s such as pity we have everyone fighting.

“The Tories voted for Mrs May, they should show some loyalty, help the woman get on and make the damn deal.”

Boris Johnson has faced strong opposition over the controversial agriculture bill which will return to the House of Commons on Monday after being amended in the Lords to include the requirement that any food products imported under future trade deals meet UK standards.

The government has insisted it will not compromise on animal welfare and food standards but has refused to back an outright ban on low-quality imports.