Boris Johnson’s Shooting Exception Shows Us Where His Priorities Lie

Boris Johnson’s Shooting Exception Shows Us Where His Priorities Lie 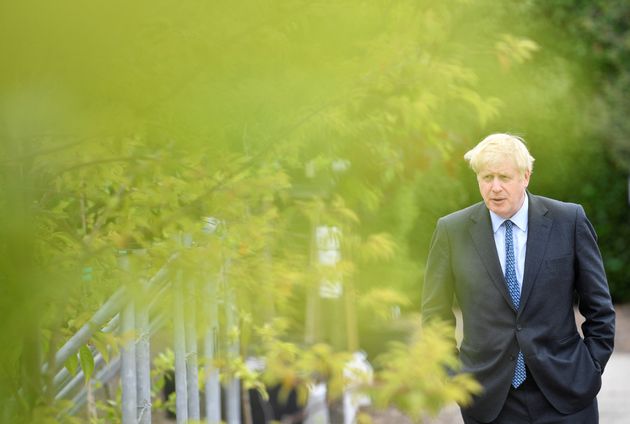 Do you remember the Boris Johnson who loved animals? I know an hour is a long time in politics these days but during last year’s leadership and general election campaigns, our would-be emperor was dressing in almost vegan clothes. He promised again and again that he would promote “animal welfare” as prime minister.

As an animal welfare activist I follow the issues closely, and this was the first time I’d heard the leader of a major party speak so enthusiastically about the plight of animals. He seemed to confirm his commitment in his first speech as prime minister when he said: “Let’s promote the welfare of animals that has always been so close to the hearts of the British people”.

It seems he meant the opposite. Today, his government announced new rules that exempt grouse shooting and other cruel ‘sports’ from the ‘rule of six’ coronavirus restrictions. As of today, you can’t have a five-a-side kickabout in the park with your friends, but groups of up to 30 can go hunting with guns.

This mind-boggling exception comes only days after it was revealed that a Tory council has bailed out a group of fox hunters with £50,000 of public funds. With so many people killed by coronavirus and many more struggling with no government help at all, again and again this Tory government shows see where their priorities lie.

Perhaps I was naïve but I did hope Johnson would stick to his commitment to help animals… But they say a leopard doesn’t change his spots.

Perhaps I was naïve but I did hope Johnson would stick to his commitment to help animals. After all, his fiancée, Carrie Symonds, is a patron of the Conservative Animal Welfare Foundation and has been described as a “passionate animal rights defender”.

But they say a leopard doesn’t change his spots, and Boris’s real position on animal welfare has been clear for a long time. In a 2005 article for The Spectator, he said he “loved” hunting with dogs, partly because of a “semi-sexual relation with the horse” and the “military-style pleasure” he derived from the experience.

Writing about the former Labour government’s ban on fox hunting, the old Etonian said it was “not about cruelty” to animals but “a Marxian attack” on the upper classes. He described the ban as “tyrannical” and “revolting”. He has supported animal abuse overseas, too. At a 2017 dinner to celebrate Anglo-Spanish relations, he said that Spain’s partial ban on bullfighting was “political correctness gone mad”.

Little wonder, then, that he reverted to type once he’d settled into Number Ten. He described veganism as a “crime against cheese lovers” and has already dropped his electoral promise not to import chlorinated chicken after Brexit. Now, amid a spike of Covid-19 infections and job losses, he’s spending his time making up special loopholes for hunters.

Johnson’s done this so often now, to people and animals alike, I wonder if this is what he thinks animal equality means.

During the national lockdown, it was one rule for Dominic Cummings and another for the rest of us. This time, the exemption will be for Johnson’s hunting pals. There is a crossover: Sir Humphry Wakefield, father-in-law of Cummings, allows shoots on his Chillingham Castle estate in Northumberland, and has reportedly said: “I love shooting, hunting”. What an absolute bunch they are.

We shouldn’t be surprised that Johnson feels an affinity with stuck-up twits who ride roughshod over everything, stray onto private land and knock things over without really noticing let alone caring. This is how he lives his life. Even on his summer holidays he didn’t think there would be a problem when he pitched his tent in someone else’s field.

Neither should we surprised that another set of promises he made to get his way have now been dropped. To hell with the vulnerable beings he pledged to protect. He’s done this so often now, to people and animals alike, I wonder if this is what he thinks animal equality means. He just lies about everything.