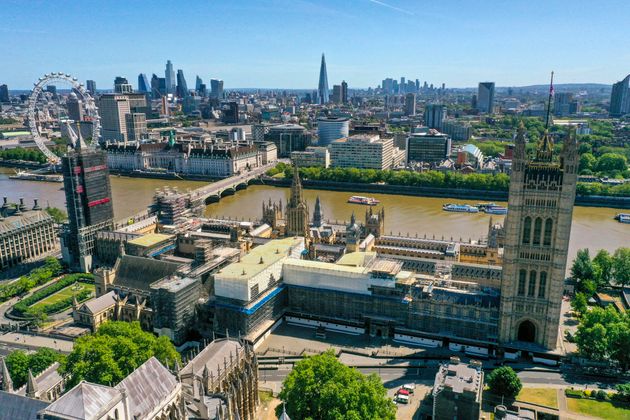 Boris Johnson’s proposal to move parliament to York while the Palace of Westminster is refurbished has been effectively rejected.

The prime minister had asked the body responsible for the multi-billion pound refurbishment of the crumbling palace to explore the possibility of moving parliament to York while work is carried out.

But like the so-called “Boris island” airport in the Thames estuary and the garden bridge across the river he backed while London mayor, the PM’s latest eye-catching big idea looks to have fallen by the wayside.

Last month Johnson said the idea would “make sense” as he works to establish a government hub in the historic Yorkshire city.

The Tories had also previously touted the idea of moving the House of Lords to York as the party looks to cement its December election gains in former Labour areas in the north and Midlands.

The PM wrote to the Restoration and Renewal Sponsor Body and Delivery Authority, asking it to “consider a possible location outside London” while the Palace of Westminster is refurbished.

“We might, it’s one of a range of things we are looking into.” @JamesCleverly tells @SophyRidgeSky the House of Lords might be permanently moved to the north of England, saying a “whole range of options” are being looked at.

But the body said it is for MPs and peers to decide where they should sit and that it will not form part of the review of the works.

The repairs body said Commons speaker Sir Lindsay Hoyle and lord speaker Lord Fowler told it that “as the location of the Houses is a matter for parliament, it does not form part of the programme’s scope, and consequently would be inappropriate for us to explore further”.

In a letter to the prime minister, sponsor body chief Sarah Johnson and delivery authority head David Goldstone said there are “constitutional implications” for moving MPs and peers outside London “which makes this a matter for both Houses to determine rather than for our review”.

“This option will not, therefore, be considered as part of the scope of the strategic review,” the letter added.

MPs and peers agreed in 2018 to a plan that would see both Houses move to temporary facilities near the existing site – a “full decant” – to allow essential repairs and upgrades to be made to the Victorian palace.

But amid concerns about the cost – estimated at almost £4bn in 2014 – a review of the plans is being carried out by the sponsor body.

The letter to the prime minister noted the “full decant” – rather than a partial move which would see peers and MPs vacate parliament in turn – had been judged as the “quickest, cheapest and least risky delivery option”.

But the review will consider “whether circumstances have changed so significantly as to warrant reconsidering these options”.

Number 10 sources said Johnson had made his views clear that it was a matter for parliament to decide, but MPs and peers “should also consider options outside SW1” if they need to leave while the restoration work is carried out.

A spokesperson for parliament’s restoration and renewal programme said: “The Houses of Parliament are falling apart faster than they can be fixed.

“As the prime minister made clear in his letter, the current situation is unsustainable given the serious risk of a major fire and the need to upgrade services throughout the building.

“The restoration and renewal programme was set up in law, accountable to parliament, to tackle this urgent work and is currently reviewing how the programme is delivered.

“The option of locating parliament outside London has constitutional implications, and as the speakers of both Houses have stated, this means it is a matter for both Houses to determine rather than for our review.

“In line with best practice, we remain committed to developing a business case that will set out in detail the options for restoring parliament, including cost estimates and timescales.”

EastEnders Spoilers: 11 Hints About What To Expect From Soap’s September Return