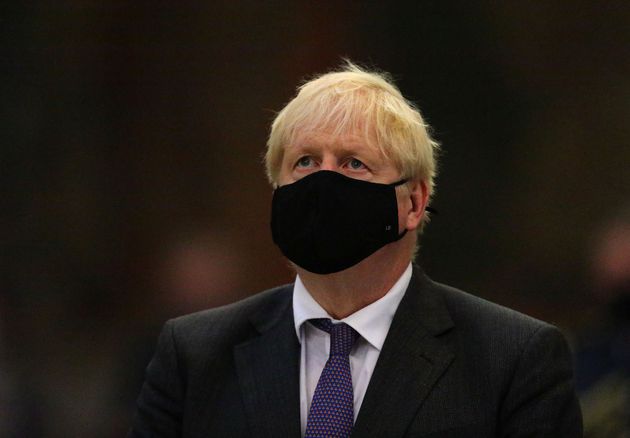 The UK is facing the prospect of another national lockdown because of Boris Johnson’s “failure and incompetence”, Labour’s deputy leader Angela Rayner has said.

Speaking at her party’s ‘virtual’ conference, Rayner called the prime minister a “Bullingdon Club blagger” who was always trying to blame others for his government’s failings.

“Last Wednesday at Prime Minister’s Questions, I faced a prime minister who pretends he’s a man of the people but has shown his contempt for women and the working class.

“As a single mum, he said my children would grow up ill-raised, ignorant and illegitimate. He only knows one approach – denying that problems exist and then blaming other people for his own incompetence.

“We are facing a second spike (in Covid-19), further restrictions and the prospect of another national lockdown because of his failure and incompetence.”

She continued: “Never has there been a prime minister more out of his depth and ill-equipped to the task than this Bullingdon Club blagger.

“He lights up Downing Street green for Grenfell and then whips Tory MPs to block the Grenfell inquiry recommendations.

“He claps for our carers when it suits him for a photo opportunity but he doesn’t even know what they earn and won’t pay them what they deserve.

“He calls a Covid war cabinet to allow grouse shooting when the frontline staff can’t get the tests they need and people can’t say goodbye to their loved ones.

“Yet it’s always somebody else’s fault – civil servants, the public health body they voted to create in the first place, or even the public for doing the right thing and trying to get a Covid test.”

Earlier on Sunday Labour’s leader Keir Starmer said a second national lockdown is not inevitable but “more likely” because the government has “lost control” of testing.

Speaking to Sky News’ Sophy Ridge, he said the prime minister should apologise for the lack of testing, adding that Labour would back a second national lockdown and supported the government’s new proposal to impose £10,000 fines for a failure to self-isolate.

“There are a few people that are breaking the rules and something has to be done about that, but I have to say that I think that isn’t going to be a silver bullet that will deal with the problem we’re in,” he said.

“We have rising infection rates. I think the whole country is concerned about that.

“The testing regime is all over the place […] because the government’s not effectively lost control of testing, it doesn’t necessarily know where the virus is.

“If I was the prime minister, I would apologise for the fact that testing is all over the place and, instead of using the summer to prepare for the autumn, which is what we said should happen we’re in this position.

“Just when we need testing to be at its very best, it’s near collapse.”