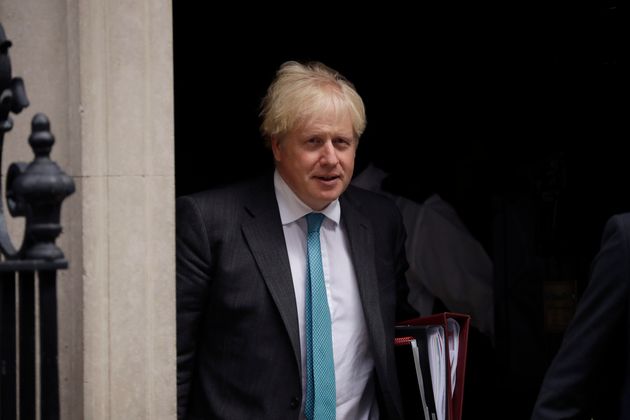 Boris Johnson has warned Brits to prepare for more deaths from Covid-19 – but said a second national lockdown would be “disastrous” and “wrong” for the UK.

Speaking to MPs on Wednesday, the prime minister cautioned it was the “reality” that the recent jump in infections among the young would “proportionately” hit elderly and vulnerable people in the weeks ahead.

And while he ruled out any relaxation of social distancing rules, he said a blanket national lockdown “would be completely wrong for this country”.

The UK has regularly been recording daily case numbers of around 3,000 and on Friday government scientists confirmed the pandemic is growing again after months of calm.

“It is growing, alas, although the number of cases symptomatic or asymptomatic is obviously far smaller than it was in the spring, we must expect those infections proportionately to lead to mortality. That is the reality,” he told the Commons liaison committee.

Urging people to obey new laws backing up the “rule of six” on social gatherings, he added: “I don’t want a second national lockdown – I think it would be completely wrong for this country and we are going to do everything in our power to prevent it.

“And can we afford it? I very much doubt that the financial consequences would be anything but disastrous, but we have to make sure that we defeat the disease by the means that we have set out.

“So when I see people arguing against the rule of six or saying that the government is coming in too hard on individual liberties and so on – I totally understand that and I sympathise with that, but we must, must defeat this disease.”

It comes as children return to school and a huge surge in demand for Covid checks has left the testing system reeling.

Health secretary Matt Hancock has accepted it will take “weeks” to sort out testing delays and that a new rationing system would have to be introduced to ensure sick people and care home residents were first in the queue.

He admitted testing capacity was not enough, adding some who were not suffering from symptoms were ordering tests.

He promised, however, that there would be capacity for 500,000 tests a day by the end of October.

But he urged people without symptoms to stay away from testing centres – although he acknowledged the reasons why they may want to find out if they had Covid-19.

“What has happened is demand has massively accelerated just in the last couple of weeks,” he told MPs.

Pressed repeatedly on NHS Test and Trace, Johnson said: “Everything is being done that we possibly can to increase testing capacity.”

He said a total of four new labs were being built across the country and 300 people were being hired.

“Testing capacity just in the last two weeks has gone up 10%,” he added.

He added: “That is perfectly reasonable, and I understand why people are doing that, but the advice and the guidance is that people should seek a test not in those circumstances but when they have symptoms.”