Downing Street has insisted Boris Johnson obeys social distancing rules despite his attendance at a reportedly packed meeting of Tory MPs in parliament.

Multiple reports suggest at least 50 MPs were at the meeting of the 1922 committee of backbench Tories that the prime minister addressed on Wednesday night, despite a sign on the door stating 29 as the room’s maximum capacity.

Around 40 minutes after the meeting ended, the PM’s office sent a tweet warning that gatherings of more than 30 people are currently illegal due to coronavirus restrictions.

Gatherings of more than 30 people are illegal. Breaking the rules could cost you thousands.

If you attend an illegal gathering, you could be fined £100, increasing on each offence up to £3,200. pic.twitter.com/4QXz0FQ3hL

The Liberal Democrats have seized on reports of the meeting, accusing Johnson of “hypocrisy” and asking Commons leaderJacob Rees-Mogg to launch a full investigation and pass any evidence of criminal activity to the police.

But on Friday, a No.10 spokesperson insisted: “The PM abides by the social distancing rules that are in place.”

The official however refused to comment on the 1922 meeting.

In a text message to Bloomberg, 1922 committee chair Sir Graham Brady insisted social distancing rules of “one metre plus” for workplaces were observed, but did not say whether MPs attending wore face masks or stood between screens while staying one metre apart from colleagues.

“Obviously it is important that the democratic process is not interrupted,” he added.

But the government’s own guidance for working in offices states that remote working tools should be used to avoid meetings and that “only absolutely necessary participants should physically attend meetings”. 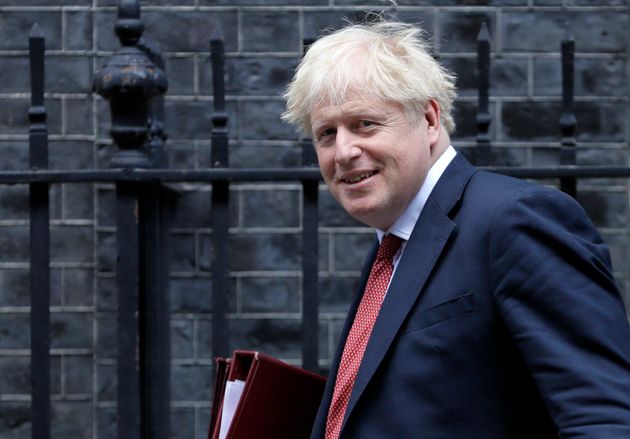 “If these reports are true, then it is just further evidence that it is one rule for the government and one rule for everyone else,” she said.

“Warning against illegal gatherings just minutes after their own potentially illegal meeting shows there is no end to the Tories’ hypocrisy.

“The prime minister and his ministers have already evaporated the public’s trust in them with their shameless defence of Dominic Cummings, but it appears they have not learnt their lesson.

“If people don’t trust that the prime minister and his government are following the rules, why will they follow the rules themselves?

“To try and restore any sense of respectability, the leader of the house must urgently find out if there’s any truth to these accusations and, if so, launch a full investigation passing on any criminal activity to the relevant police services. If Jacob Rees-Mogg fails to take this seriously, then the government will once again risk their entire ability to respond effectively to the pandemic.”

The meeting came a day after defence secretary Ben Wallace was forced to apologise for breaking social distancing rules by shaking hands with someone.

Commissioner asks for public’s views on policing the roads