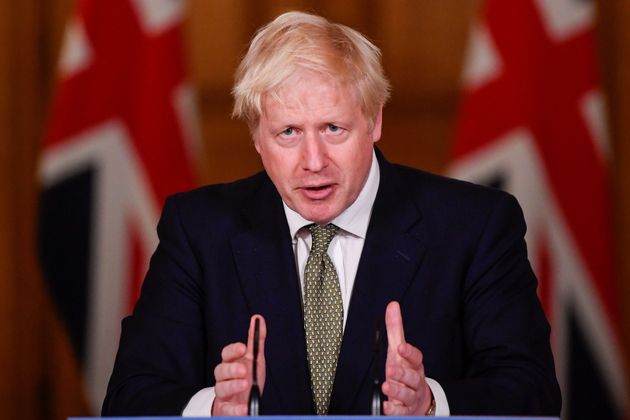 Boris Johnson has threatened to intervene and impose the toughest Covid-19 restrictions in Manchester – despite local council leaders’ staunch opposition to the move.

Speaking at a press conference in Downing Street, the prime minister urged Greater Manchester mayor Andy Burnham and others to “reconsider and engage constructively” over tier 3 restrictions.

But he made clear he would “intervene” if they continued to refuse, saying intensive care admissions were set to spiral in the coming two weeks to levels not seen since the height of the first wave.

Burnham said the city would not accept restrictions without a return of the 80% furlough scheme – which government wants to cut to two thirds of lost wages – and accused Johnson of treating the north like “a sacrificial lamb”.

Meanwhile on Friday, Lancashire was placed into the highest Covid-19 alert level, tier 3, sparking a blazing row between Downing Street and council leaders.

The UK’s R value, which tracks the reproduction rate of the virus, also rose slightly to between 1.3 and 1.5, having been in the range 1.2 to 1.5 last week.

An R above 1.0 means the pandemic is growing and a value between 1.3 and 1.5 means that on average every ten people infected will infect between 13 and 15 others.

Luminate Coombe set to light up the excitement to Christmas