Boris Johnson Made A Promise To Child Refugees. Now He Must Keep It - Rugby and Daventry Radio Station Midlands UK 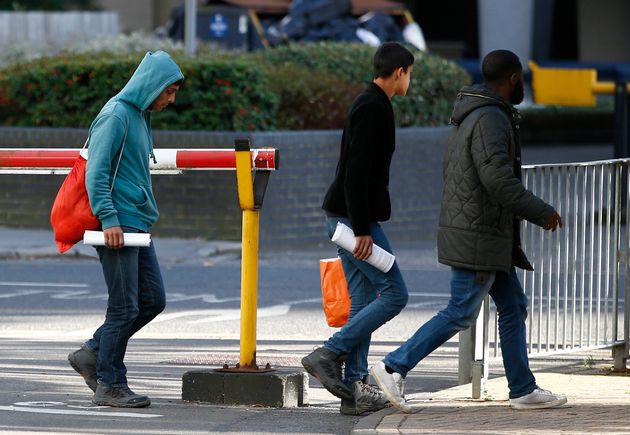 Boris Johnson is running out of time. With the end of the Transition Period less than three months away, many promises have been made. Yet, a Brexit deal is yet to materialise.

While Britain and the EU are still locked in efforts to reach a trade deal, there is one promise that he is certain not to be able to keep without the help of Parliament – protection for child refugees in Europe.

In December last year, the prime minister promised MPs, including many of his own backbenchers, that he was “absolutely committed to ensuring that this country will continue to receive unaccompanied children” after Britain left the EU.

He said he would “continue to support fully the purpose and spirit of the Dubs amendment”, which saw some of the most vulnerable child refugees relocated from camps in Europe to restart their lives in the UK.

Less than a year later, the Dubs scheme has been shut down and an agreement to support refugees seeking to reunite with family in Britain isn’t even on the negotiating table – to the shame of both Britain and the EU.

The only safe and legal routes for refugees in Europe to reach Britain: one closed and the other soon to be on January 1.

Today though, the prime minister has an opportunity to salvage his promise, when the House of Lords vote on a cross-party amendment to the Immigration Bill, which would protect safe and legal routes for child refugees in Europe.

MPs and Peers in the House of Commons and House of Lords of all major Parties have come together on this Bill to protect the rights of vulnerable children in UK law.

Local councils of all political parties have also publicly supported refugee family reunion with over 25 UK Councils, pledging hundreds of places for refugee children, so long as the government upholds its end of the bargain and provides safe and legal routes and adequate support on arrival.

There has been much focus in recent months on the desperate crossings some have attempted to make in boats across the channel. Far less attention has been focused on what will happen when the few safe and legal means for refugees to escape the misery and hopelessness of camps and settlements in Europe are closed down.

Our charity Safe Passage knows the devastating consequences when safe and legal routes are not there. Far from being “safe” in Europe as the government’s recent narrative has claimed, unaccompanied children are at significant risk of abuse, exploitation and homelessness.

By failing to replace the EU family reunion scheme at the end of this year, we are effectively abandoning unaccompanied children.

Many thousands are living in overcrowded camps and settlements at Europe’s borders, their childhoods on hold while EU leaders squabble over their responsibility for human lives.

By failing to replace the EU family reunion scheme at the end of this year, we are effectively abandoning these children, pushing them into the hands of smugglers and criminal gangs who will offer them an alternative, more perilous way to reach their loved ones and a place of safety – be that a boat across the channel or smuggled under the wheel arches of an articulated lorry.

Back in December, when the prime minister assured us that Britain would continue to do its part to protect children from these unthinkable consequences, he also referred to Britain’s “proud history” of providing sanctuary to those seeking asylum.

The same proud history that saw Britain resettle close to 10,000 unaccompanied child refugees fleeing Nazi persecution on the eve of the Second World War, of which Lord Alf Dubs was one.

Rather than discrediting that history with talk of magic wave machines in the Channel, or internment camps on some distant isle, the government should focus its energies on the one “solution” that has been proven time and again to work – safe and legal routes.

By accepting the cross-party amendment to the Immigration Bill today, Boris Johnson will not only fulfil his promise to separated families, he will also go some way to salvaging that “proud history” he claims.

Rugby and Daventry Radio Station Midlands UK > News > National And International News > Huffpost > Boris Johnson Made A Promise To Child Refugees. Now He Must Keep It