Tory MPs are uniting around plans to beef up the Agriculture Commission set up by Trade Secretary Liz Truss earlier this year amid an outcry over the prospect of chlorinated chicken or hormone-fed beef being sold in the UK.

Peers are on Tuesday set to pass an amendment which would give the commission legal powers to make recommendations to parliament on how the UK maintains food standards in trade deals.

Tory MPs have been lobbying Truss to adopt the plans, but a Whitehall source made clear that she “does not believe what is being proposed is the right approach” – setting up a parliamentary showdown when the Agriculture Bill returns to the Commons.

One of the MPs involved in the campaign said up to 30 Tories are already prepared to rebel, giving the prime minister a fresh headache after he moved to quell a revolt on his law-breaking Brexit plans.

He told HuffPost UK: “The Lord Curry amendment will beef up the role of the commission which is currently due to report and dissolve in just three months’ time.

“If passed, the commission would produce recommendations in a report to parliament, but then also a report on every draft international trade agreement too.

“With many more trade deals coming down the line, from the US to Brazil much later, we will need the commission to provide useful recommendations and proper scrutiny on issues of food safety, the environment, and animal welfare for the length of this parliament.

“This Lords amendment ensures the commission is not just a sop to be rolled up and forgotten, but a commission which will provide valuable expertise to the government, parliament, and reassurance to the public, who care very deeply about this.” 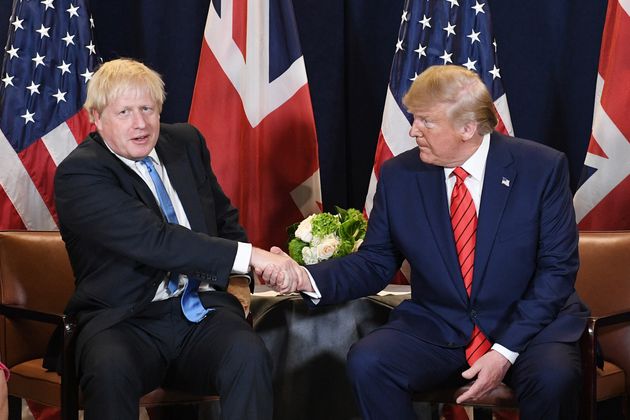 The National Farmers’ Union is also backing the proposals, as well as plans to amend the Trade Bill to give MPs a veto on trade deals.

NFU president Minette Batters said: “There is no doubt that the countries we are currently negotiating with are demanding access to our prized market for their agriculture products and, right now, a trade agreement could be signed with little parliamentary scrutiny. This could result in a massive increase in the amount of food being imported that is produced in ways that would be illegal in this country.

“Politicians have time and time again stated that they will not allow this to happen. There is now a clear solution on the table that will allow parliament to be kept fully informed of the impacts any trade deal will have on the food we all consume. Time is running out. Action has to be taken now or all the warm words will be for nothing.”

Labour peer Lord Grantchester, who is leading on another key amendment, told HuffPost UK: “Ministers claim to have taken on the wide concerns on food standards but the commission they have set up is devoid of powers.

“What’s actually needed are legal guarantees, without which our farmers will be forced to compete against lower safety, welfare or environmental standards – thereby putting them at an unfair disadvantage.

“There’s clearly an appetite among Conservative MPs to revisit these issues, and I hope peers from across the Lords will help ensure those debates can take place when this bill heads back to the Commons.”

The government has insisted it will not compromise on animal welfare and food standards but has refused to back an outright ban on low quality imports.

A Whitehall source said: “Liz has met with Lord Curry to hear his concerns and is engaging extensively with parliamentarians on this issue.

“We want Britain’s trade policy to protect and advance the interests of farmers, but we don’t believe what is being proposed is the right approach.”

A government spokesperson said: “Our manifesto commitment could not be clearer – we will not compromise on our high environmental protection, animal welfare and food standards.

“It is illegal to import chlorine-washed chicken and hormone-fed beef into the UK and any changes would require new legislation to be brought before this parliament.

“We remain focused on getting a deal that works in the best interests of our farmers and consumers.”