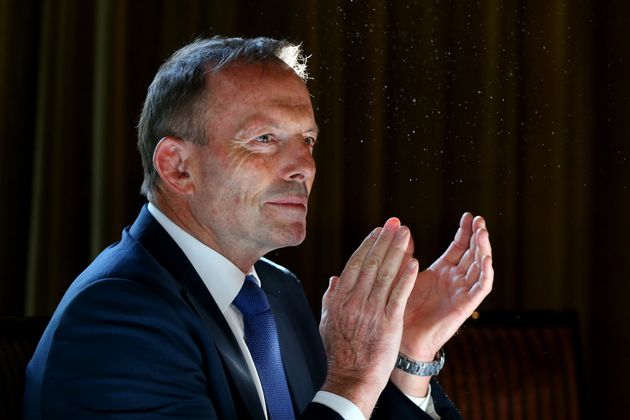 Boris Johnson has defended Tony Abbott amid suggestions the former Australian prime minister – who has been accused of sexism and homophobia – will be handed a senior British trade job.

He is in talks to become joint president of the relaunched Board of Trade to help the UK negotiate post-Brexit international trade deals.

Abbott has faced accusations of sexism and homophobia. He has also dismissed the negative impact of climate change and said there is “hysteria” about coronavirus.

Asked about the allegations on Friday, Johnson said: “I don’t, obviously don’t agree with those sentiments at all.

“But then I don’t agree with everyone who serves the government in an unpaid capacity on hundreds of boards across the country. And I can’t be expected to do so.

“What I would say about Tony Abbott is this is a guy who was elected by the people of the great liberal democratic nation of Australia.

He added: “There’s going to be an announcement I think in due course about the composition of the Board of Trade.”

As pressure grew on Downing Street not to appoint Abbott, a No.10 spokesperson said: “No decision has ever been made and hasn’t been made about this.”

Labour has said appointing Abbott would be “completely unacceptable” because of his “offensive and outdated” views.

Speaking in London earlier this week, Abbott attacked what he sad was “hysteria” over coronavirus.

Figures from the Office for National Statistics (ONS) suggest the UK death toll is now 57,310.

While serving on the frontline of Australian politics, Abbott opposed same-sex marriage as “political correctness” and said he was “a bit threatened” by gay people.

In 2011 Abbott, the then opposition leader, appeared on stage in front of a sign that called prime minister Julia Gillard a “bitch”.

And in a 2017 speech, also in London, Abbott said climate change was “probably doing good” and policies designed to tackle it were like “primitive people once killing goats to appease the volcano gods”.

Johnson, while saying today he did not agree with “those sentiments at all”, has himself often been accused of making controversial comments.

In an 1998 newspaper article, he referred to gay people as “tank-topped bumboys”. In a 2001 book, he compared gay marriage to bestiality.

He also has infamously referred to “watermelon smiles” and “piccaninnies” – both phrases are racist insults for Black people – and described Barack Obama as a “part-Kenyan president”.