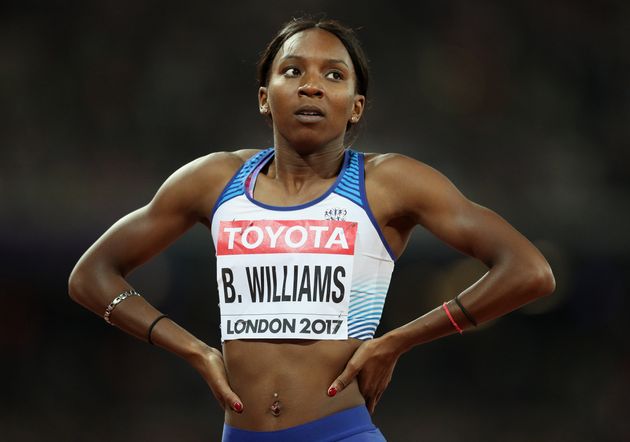 Five Met Police officers are under investigation after Team GB sprinter Bianca Williams and her partner were stopped and searched by police in July.

Williams, a European and Commonwealth gold medallist, and Ricardo dos Santos, the Portuguese record holder over 400m, were stopped and handcuffed while with their three-month-old baby in Maida Vale.

Following the incident Williams, then 26, told The Times she believed it was “racial profiling”.

“It’s always the same thing with Ricardo,” she said.

“They think he’s driving a stolen vehicle, or he’s been smoking cannabis.

“It’s racial profiling. The way they spoke to Ricardo, like he was scum, dirt on their shoe, was shocking. It was awful to watch.”

The Independent Office for Police Conduct (IOPC) said the officers would be investigated for potential breaches of police standards of professional behaviour relating to use of force, duties and responsibilities, and authority, respect and courtesy.

The watchdog said the probe would also investigate whether Williams and dos Santos “were treated less favourably because of their race”.

Footage of the incident in west London on July 4 was shared widely on Twitter at the time after being posted by former Olympic medallist Linford Christie.

Williams made a complaint about the incident on Twitter and the Met made a referral to the IOPC, the watchdog said.

IOPC regional director Sal Naseem said: “Having analysed a range of evidence including police body worn, dashcam video and witness statements, we now have a fuller picture of the officers’ interactions with the couple and their child.

“As a result, we have taken the decision that this meets the threshold for a misconduct investigation, the allegations will now be investigated thoroughly and independently.

“It is important to note that a misconduct investigation does not necessarily mean misconduct proceedings will follow. Decisions on any further action will only be made once our investigation is complete.”

In a statement, the Met said the force had voluntary referred itself to the IOPC.

“The decision to refer to the IOPC was taken due to the complaint being recorded and the significant public interest in this matter.”

The statement continued: “Notices have now been served on those officers informing them they are under investigation. The serving of notices does not necessarily mean misconduct proceedings will follow.

“The officers involved are from the Territorial Support Group. No officer is suspended or subject to restricted duties.

“The MPS continues to fully co-operate with the IOPC investigation.”