Been Told To Self-Isolate By Test And Trace? Police Could Get Access To Your Data - Rugby and Daventry Radio Station Midlands UK

Been Told To Self-Isolate By Test And Trace? Police Could Get Access To Your Data

Been Told To Self-Isolate By Test And Trace? Police Could Get Access To Your Data

People who have been told to self-isolate through NHS Test and Trace could have their contact details shared with police in a bid to help enforce compliance.

The Department of Health and Social Care (DHCS) said police forces will have access “on a case-by-case” basis to information, enabling them to know if an individual has been told to self-isolate.

It comes as the DHSC updated its online guidance on Friday about how coronavirus testing data will be handled.

People who fail to self-isolate “without reasonable justification” could have their name, address and contact details passed on to their local authority and then to the police, the DHSC’s website said.

“This may lead to enforcement action being taken against you, which could include you being fined,” the online guidance said.

“A police force may request information relating to positive Covid-19 tests from the NHS Test & Trace programme directly, where they are investigating a report of someone who may not be complying with the mandatory self-isolation period,”

The Health Service Journal (HSJ) reported that the office of England’s chief medical officer, Professor Chris Whitty, feared the move would put people off from being tested. 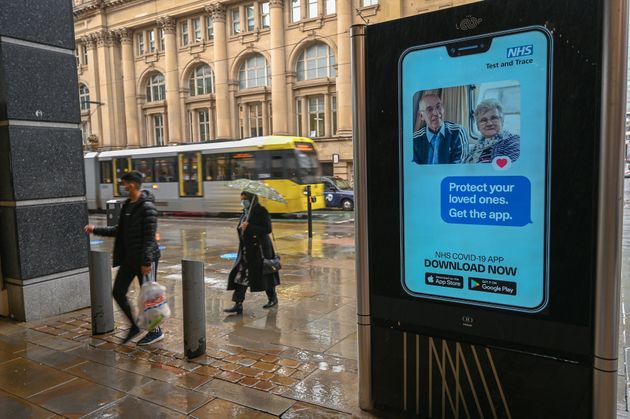 He said: “Ministers’ decision to allow people’s Covid test data to be shared with the police is a huge mistake.

“Anything that further undermines the public’s dwindling trust in this government’s handling of the pandemic is damaging, and few things could have been better designed to do that, than this.”

Sir Ed added: “Asking our already overstretched police service to take on this task is both self-defeating and a serious misjudgment.”

People in England are legally required to self-isolate if they test positive for Covid-19.

Those who fail to do so face fines starting at £1,000 and increasing up to £10,000 for repeat offenders or serious breaches, the DHSC said.

A DHSC spokesperson said: “It is a legal requirement for people who have tested positive for Covid-19 and their close contacts to self-isolate when formally notified to do so.

“The Department of Health and Social Care has agreed a memorandum of understanding with the National Police Chiefs Council to enable police forces to have access on a case-by-case basis to information that enables them to know if a specific individual has been notified to self-isolate.

“The memorandum of understanding ensures that information is shared with appropriate safeguards and in accordance with the law. No testing or health data is shared in this process.”

The British Medical Association (BMA), which represents doctors in the UK, said that the test and trace system needs the “full confidence of the public” to be effective.

A BMA spokesman said: “We are already concerned that some people are deterred from being tested because they are anxious about loss of income should they need to self-isolate – and we are worried should police involvement add to this.”

A National Police Chiefs’ Council spokesperson said: “We will continue to encourage voluntary compliance but will enforce regulations and issue FPNs (fixed penalty notices) where appropriate and necessary. Where people fail to self-isolate and refuse to comply officers can issue FPNs and direct people to return to self-isolation.

“Officers will engage with individuals to establish their circumstances, using their discretion wherever it is reasonable to do so.”

Rugby and Daventry Radio Station Midlands UK > News > National And International News > Huffpost > Been Told To Self-Isolate By Test And Trace? Police Could Get Access To Your Data

Sam Smith Opens Up On Panic Attacks, Anxiety And Depression: ‘It Really Hit Me Hard’