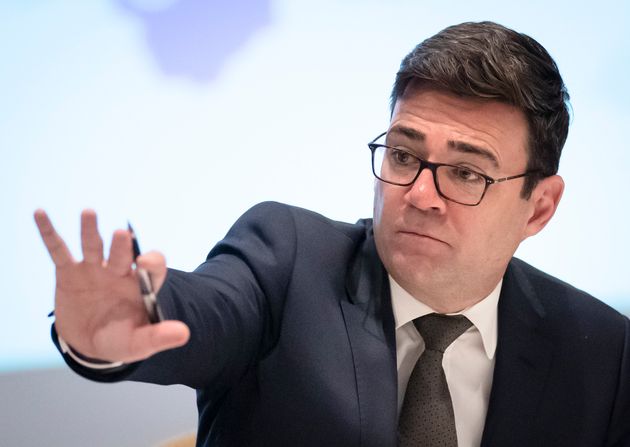 The most toxic charge that any politician can face in this pandemic is that there is “one law for them, and one for us”. Of course it all started with an aide, not a politician, but a pretty important one nevertheless: Dominic Cummings and his eyesight test drive to, from and within the north east.

But since then, we’ve seen MPs on trains without masks (Danny Kruger, Tory), MPs on tubes without masks (Sammy Wilson, DUP), MPs at dinner parties breaking the Rule of Six (Jeremy Corbyn, Labour). The PM’s own dad was caught in a shop sans face covering too, courtesy of a Daily Mirror snapper.

SNP Westminster leader Ian Blackford did however swiftly remove the whip, but that may not be enough. Fellow MP David Linden has told the BBC’s Question Time that she should resign from parliament. It’s no wonder, given that Ferrier, er, called on Cummings to quit when he was caught breaking the rules earlier this year.

But that feeling of “one law for them, another for us” is growing too in northern areas that are being plunged into yet tougher local lockdowns while the south and London escape. Although soaring case numbers are the justification from Matt Hancock, the patience of many council leaders and mayors has finally snapped with yet another tranche of measures.

Hancock claimed in the Commons that he had been “working with council leaders and mayors”, but Middlesbrough mayor Andy Preston was so furious at the lack of genuine consultation that he vowed to “defy” the government. Hartlepool’s Shane Moore was similarly appalled.

There’s a perception that the Tory government is imposing these measures at local level because it is much easier to get them past its own MPs than a national lockdown. Tory “localism”, once a buzzword among Cameroons, seems all but dead as Whitehall imposes its will with little notice and even less cash to cover businesses forced to close.

That tendency to centralise is underscored by the PM’s very robust noises this week about his planning reforms, effectively telling his backbenchers that nothing will stop him, not even a green welly revolt in the green belt.

With many Red Wall Tory seats caught in this crossfire, there’s a real danger that the north-south divide has become all too stark once more. Greater Manchester Metro Mayor Andy Burnham summed up the main complaint at an online summit with Keir Starmer that I sat in on today. The north was struggling because its own cases were high when the “London-centric” decision was made to lift the national lockdown this summer.

“We were in a different position and yet they lifted it,” he said. “From our point of view we’ve never been in a position to keep cases low, they were too high and then we were already in a difficult position, then people were being encouraged to Eat Out to Help Out and God knows what.”

Amid this growing revolt, Starmer has now put his own flag in the sand. In his biggest break yet with Boris Johnson’s strategy, the Labour leader told me that it was now time for a new approach to both local lockdowns and NHS Test and Trace: make them “locally led”. He has also backed Burnham’s call for a rethink of the 10pm pub curfew, amid fears it is leading to more social gatherings, not fewer.

Starmer says that Hancock should now “share decision making” with local leaders. And in a radical shakeup of test-and-trace, he warns that the NHS brand risks being tarnished by the Dido Harding approach of centralising and outsourcing. Although more emphasis on local public health has occurred in recent weeks, it’s gone nowhere near enough, he told me. Germany’s locally-led testing proves the need for change, he added.

In Wales, the collaboration with councils of all political stripes seems to have worked so far. But in England, despite the looming three-tiered “traffic light” system of different lockdowns, local know-how and nous is being sidelined. Burnham thinks that unless control of contact tracing is put firmly in the hands of local chiefs in the next fortnight, the winter will be awful for health and wealth in his area.

Now Starmer is firmly backing him and the stakes are high for the PM if he ignores the argument. Many of the areas hit hard by these lockdowns are in Brexit-voting heartlands. The urgent request for their local leaders to have more of a say over both lockdowns and tracing therefore has an uncanny ring. It’s a plea to “take back control”.