Are Johnson And Sunak Ready To Pay The Price To Avoid A National Lockdown? - Rugby and Daventry Radio Station Midlands UK 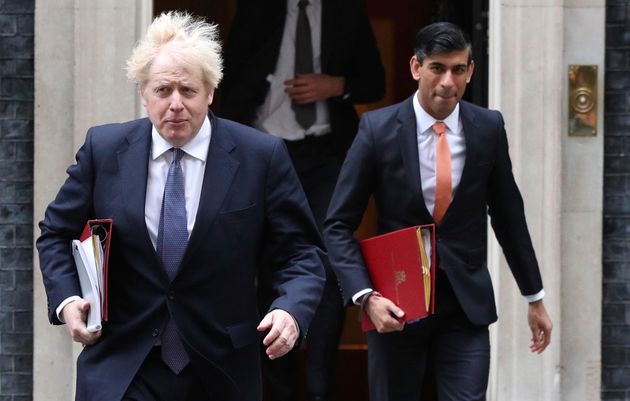 He may have an 80-seat majority in parliament, but Boris Johnson’s government right now feels as beleaguered as the precarious Theresa May administration it replaced.

Take just today’s developments: Louise Casey says Britons face “destitution” this winter; Marcus Rashford is in a new war with No.10 over a “Scrooge”-like refusal to pay free school meals over the Christmas break; Dido Harding’s test-and-trace posts record low contact tracing figures; and both Tory MPs and Labour local leaders are in revolt over the tiered risk system. All while hospitalisations soar.

The PM may have cannon to the left of him and cannon to the right of him, but it’s the elderly and vulnerable who will be walking into the valley of death in coming months if he fails to get a grip on the second wave crisis.

Yet despite all this, Johnson was invisible. It was left to advisor Eddie Lister to deal with council chiefs, to junior minister Helen Whately to take the wrath of MPs on various Zoom calls, to Matt Hancock to face friendly and unfriendly fire in the Commons and to the PM’s spokesman to deal with Rashford and Casey.

One person who certainly was visible was Andy Burnham. The mayor of Greater of Manchester mixed his metaphors when he claimed his region was being treated like both a “sacrificial lamb” and “canaries in the coal mine”. However his main point was a powerful one: why should the public support an untested system of local lockdowns that lacked both scientific evidence and cash.

The sheer anger of those involved was palpable. Oldham council leader Sean Fielding suggested Lister’s opening line was: “We either do Tier 3 with you or impose it…there is no money”. After the call with Whately, Tory MP William Wragg said the meeting “was entirely pointless – you may as well talk to a wall”.

Hancock tried to placate MPs in the Commons yet it was obvious he wanted to crack on with or possibly without local leaders’ approval. “No further decisions have yet been made, but we need to make rapid progress,” he said. Putting Greater Manchester or Lancashire into new lockdown could yet happen tomorrow. It will be a huge call to make, but it will have to be the PM’s.‌

The area would need much tougher measures than just shutting pubs and would need neighbouring regions to join in. And here was the kicker: “even then, it would not be certain to work”. Leese added: “What we’re asked to do is accept a proposal which the government’s own advisers say won’t work.”

But just as the PM hid well beneath the surface of these stormy seas like a worried submarine, the chancellor too was conspicuous by his absence. And ultimately it may be Rishi Sunak who holds the key to many of these problems. Burnham’s clear financial demands are for a return to 80% furlough for workers affected, 80% income support for the self-employed and real compensation for firms.

Given that the government insists this tiering is only temporary (because it will work) and given that it is local, the cost to the Treasury doesn’t look enormous. Would increasing its support from 67% of wages to 80% support really break the bank? As Casey put it with characteristic bluntness: “You can only afford two-thirds of your rent, you can only afford two-thirds of the food that you need to put on the table.”‌

Similarly, the cost of paying free school meals during holidays, at least until next Easter, is relatively tiny – though the political cost of going up against Marcus Rashford is potentially huge. One Tory former minister told me today the No.10 line was “just crass”. And Rob Halfon slammed it as hugely disappointing.

It’s arguable too that NHS Test and Trace’s problems could be ameliorated by more money: paid to local public health teams rather than private contractors (see the Germany experience below), and by decent statutory sick pay or “jury pay” for those who self-isolate.

It’s not Hancock or Gavin Williamson who hold the cards here, it’s Sunak – and the First Lord of the Treasury himself, the prime minister. Remember their twin mantras at the start of the pandemic – “we will do whatever it takes” and “no one should be penalised for doing the right thing”?

If Johnson really wants to roll the dice on his three-tiers system, he’s going to have to pay for it, either in hard cash or in political capital. Or both.