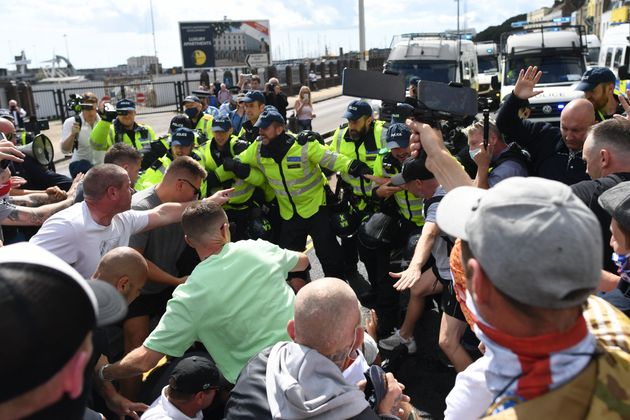 Anti-immigration demonstrators have clashed with police and blocked a dual carriageway in Dover.

A crowd of right-wing protesters demonstrating against asylum seekers and migrants crossing the English Channel brought traffic on the A20 to a standstill in both directions after protesters assembled on the road.

Many wore Union flag face masks and carried banners, as some shouted “England til I die” and sang Rule, Britannia. It is thought that a number of groups travelled to Dover from across the country to attend. 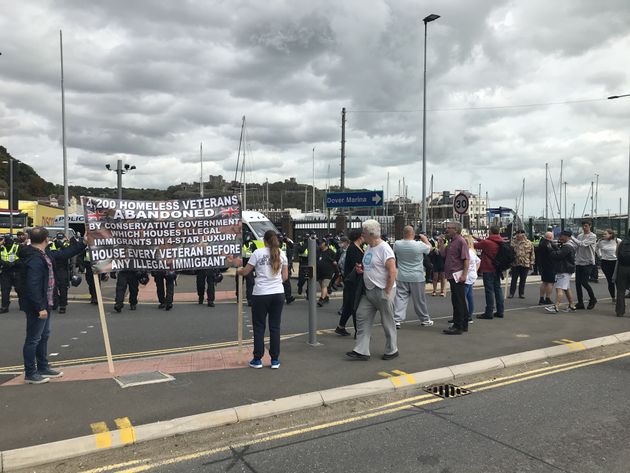 One livestream of the protest showed attendees facing police officers shouting “shame on you” as they were pushed back and at one demonstrator threatening officers with legal action.

At one point several officers were seen restraining a person on the ground. The individual was later arrested, police later confirmed.

Earlier on Saturday and anti-racist, pro-refugee protest also took place in the centre of Dover in opposition to the planned gathering of far-right groups. 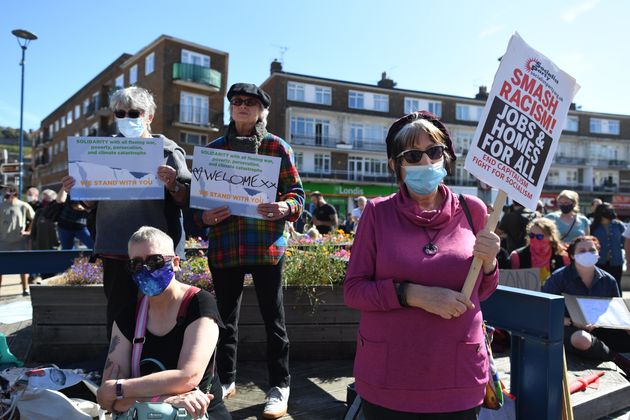 Addressing a crowd of about 100, Peter Keenan from Kent Refugee Help said when society sees people who are fleeing war and turns them away “that says something about the state of your society”.

He continued: “We are not those people. We are standing up and welcoming people who are in desperate circumstances fleeing from awful situations.”

Officers on horseback were among a heavy police presence in the town monitoring the situation amid fears of clashes between opposing groups of protesters.