On Saturday, the TV judge wore a blue boned corset dress for the most recent semi-final of the talent show, but her outfit was the subject of more than 200 complaints to Ofcom.

A total of 277 people complained to the broadcasting watchdog over the episode, with 235 of those relating directly to Amanda’s dress. 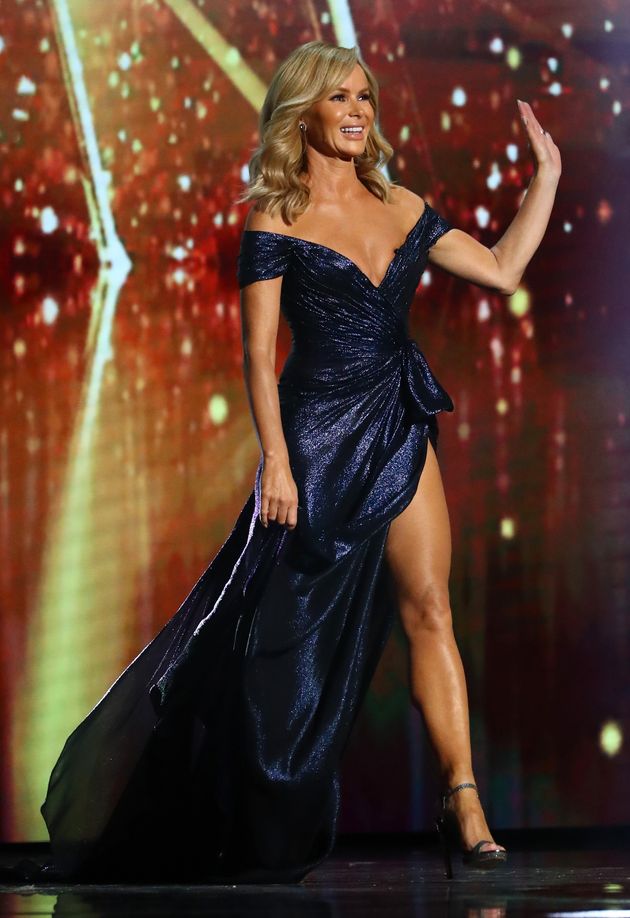 After some media reported on the complaints and linked them to tweets from viewers who had wondered whether she’d suffered a wardrobe malfunction during the show, Amanda took to Instagram to set the record straight.

Posting on her Story, she wrote: “Mmmm really?! Who has nipples this close to their cleavage?!”

“FYI. A boned corset dented the girls all night,” she added, along with two fried egg emojis. 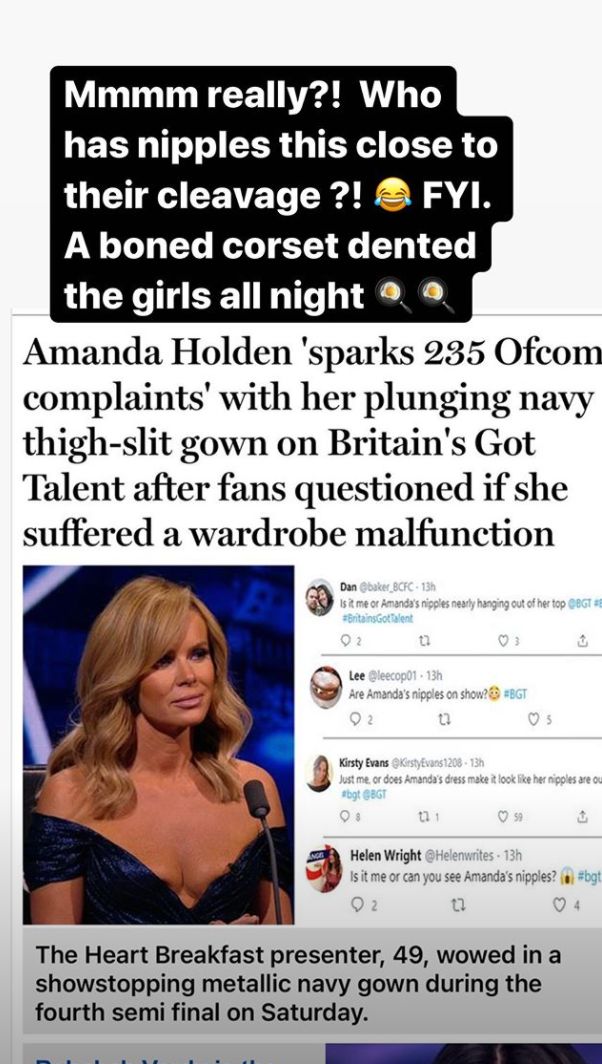 As is standard procedure, Ofcom will now assess the complaints they have received before deciding or not whether to investigate.

However, Amanda’s outfits have actually been the subject of complaints on a number of occasions during her time on the BGT panel, with no formal investigation ever brought about.

Earlier this year, Mandy had spoken of her hopes that people would find bigger things to worry about than her outfit choices on the show, given the pandemic.

Speaking to The Sun, Amanda said: “I’ll continue to do a lack of dress. I know how popular that is with Ofcom.

“You never know what’s going to offend people, but I’d hope that in light of all the things that are happening now, that when the show does go out, a bit of side-boob will be less offensive after all we’ve been through.

Britain’s Got Talent continues on Saturday at 8pm on ITV.

BBC Director-General Tells MPs: We Are Not Institutionally Racist