Amanda Holden Spots The Image Of Simon Cowell On A Wall During Her Hols, And Well, She Has Point - Rugby and Daventry Radio Station Midlands UK

Amanda Holden Spots The Image Of Simon Cowell On A Wall During Her Hols, And Well, She Has Point

Amanda Holden Spots The Image Of Simon Cowell On A Wall During Her Hols, And Well, She Has Point

Spotting an image of Jesus on a piece of toast (and then trying to sell it on eBay) is soooo 2017.

This year it’s all about spying a certain music and television mogul’s face in a stone wall.

Well, according to Amanda Holden it is, and to be fair, she does have a point.

Mandy was probably hoping to get away from her boss Simon Cowell on her family holiday, but then she saw a vision of her Britain’s Got Talent co-star during an al fresco dinner with her husband and two daughters.

Taking to her Instagram Story, Amanda shared a snap of a rock wall – which could be seen between two barrels.

“Is anyone else seeing @simoncowell here?” she asked her 1.5 million followers. 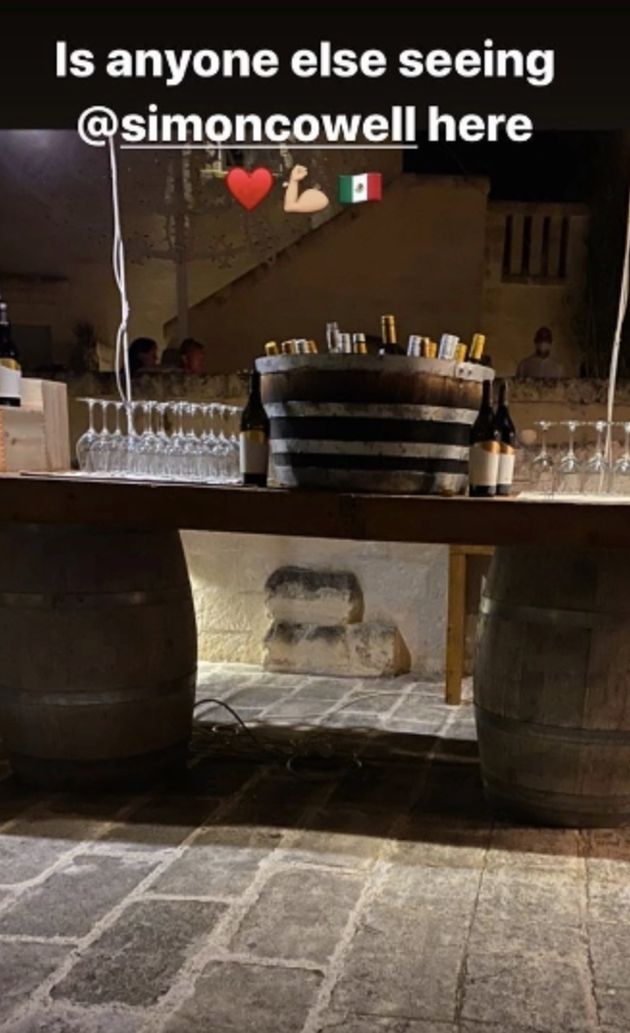 On Saturday, the music mogul broke his back after falling from an electric bike he’d been riding in the courtyard of his Malibu home.

Posting a selfie of them on the BGT panel, Amanda wrote: “I’ve been thinking about my dear friend all day and luckily I’m able to say (with blessing) that he’s had his operation and he’s doing really well.

“Chris Lexi Hollie and me wish you a speedy recovery and send you, Lauren and Eric all our love.”

Simon has since given fans an update after undergoing nine hours of surgery.

“Some good advice,” he wrote. “If you buy an electric trail bike, read the manual before you ride it for the first time.”

He continued: “I have broken part of my back. Thank you to everyone for your kind messages.

“And a massive thank you to all the nurses and doctors. Some of the nicest people I have ever met. Stay safe everyone.”

Simon’s rep previously told Metro: “Simon has broken his back in a number of places in a fall from his bike whilst testing a new electric bike in the courtyard of his home in Malibu with his family.

“He was taken to hospital where they operated overnight [Saturday] he’s under observation and is doing fine.”

Rugby and Daventry Radio Station Midlands UK > News > National And International News > Huffpost > Amanda Holden Spots The Image Of Simon Cowell On A Wall During Her Hols, And Well, She Has Point