The Britain’s Got Talent judge has two very good reasons for not appearing on the BBC dance show.

“It’s too much like hard work,” she tells HuffPost UK. “Also, I think Simon [Cowell]… no. Even though we all love it and watch it, including Simon, it’s our biggest rival show.”

However, Amanda, who releases her debut album Songs from My Heart next week, hasn’t completely ruled out making an appearance. 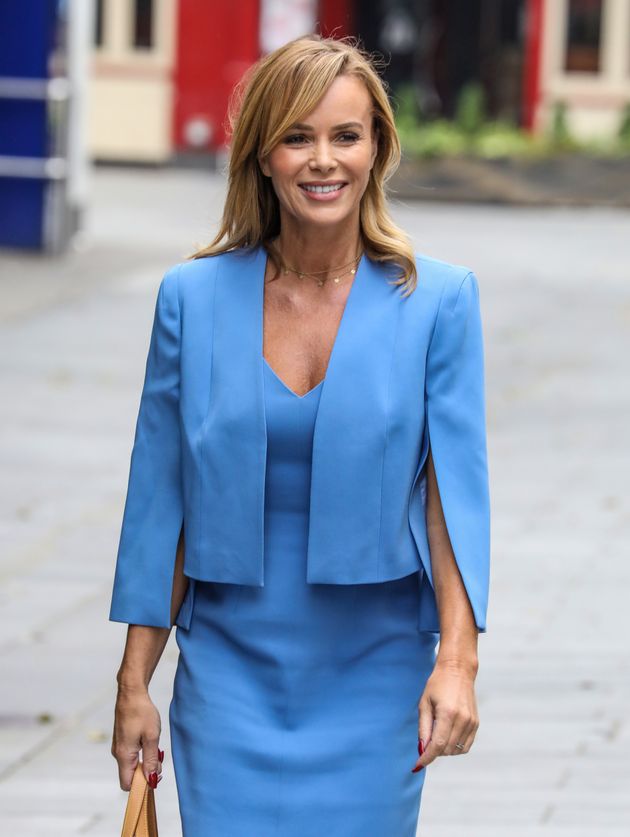 However, there are still lots of things left on the 49-year-old star’s bucket list.

“I’d love to learn to fly,” she says. “I want to fly a plane. I’m very jealous of Carol Vorderman. But you do have to be really clever, so I don’t know. I might just have to stick to a simulator. And I’d really like to be in a Bollywood movie.”

And if none of that happens, we could see Amanda returning to the stage with a few familiar faces in tow.

“I actually said to Alesha [Dixon] the other week that me and her would be the perfect Roxie and Velma in Chicago,” she says. “I would never do a takeover though, but I would do a proper… you know if they started again fresh and made a big fuss about it, then I’d do it [laughs].

“David could be Mr Cellophane and Simon could be Billy Flynn the lawyer. We’re perfectly cast for Chicago!”

Can somebody please make this happen?

Read our exclusive interview with Amanda on HuffPost UK tomorrow.