Alesha Dixon has been praised by viewers of Saturday’s Britain’s Got Talent semi-final for wearing a statement Black Lives Matter necklace.

Alesha’s choice of jewellery comes after Ofcom announced that it will not be investigating the ITV talent show, after a performance from dance troupe Diversity led to more than 24,000 complaints to the media regulator. 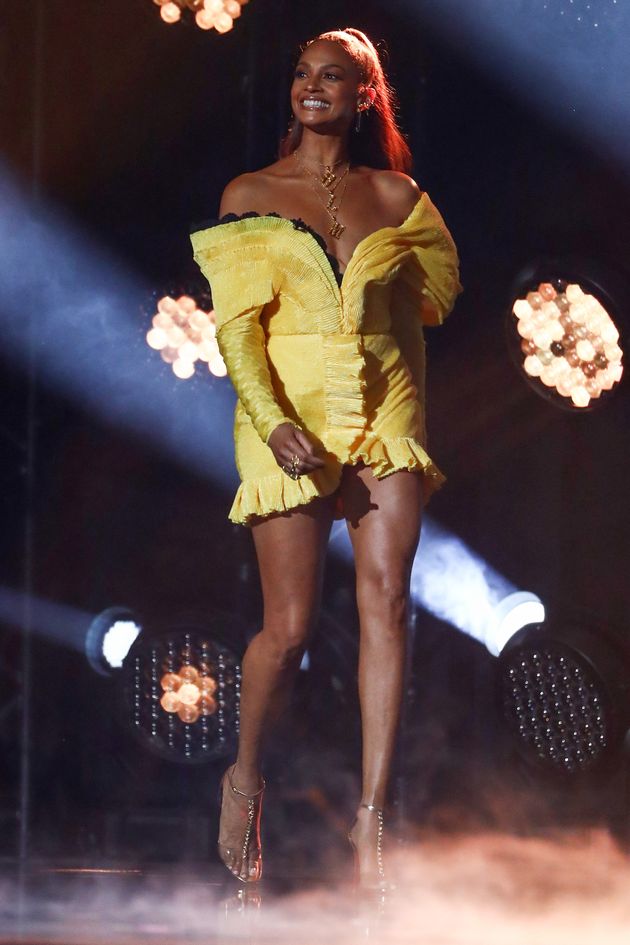 The routine included references to both the coronavirus pandemic and the killing of George Floyd, as well as the global protests in support of Black Lives Matter that followed.

I have no choice but to STAN Alesha Dixon! What a queen! ✊🏽👑

What a rare treat it has been to see so many gammon absolutely losing their shit over Alesha Dixon wearing a NECKLACE. Keep going babes #BGT#BRITAINSGOTTALENTpic.twitter.com/lu5T308wB9

Alesha Dixon with the #BLM necklaces 😍🙌🏻

I can’t believe that some people think that Alesha Dixon wearing a BLM necklace on BGT is more controversial than black people being murdered.. Like what the fuck is up with your morals?

i literally loooove that alesha dixon wore a BLM necklace on bgt tonight after the ofcom complaints. yaaasss queen @AleshaOfficial@BGT#bgtpic.twitter.com/lxbxLrs96x

I can already smell the ofcom complaints about to come in because of Alesha Dixon’s necklace 🙄. Get a grip people #BGT

I’d just like to say: HUGE respect and support for @AshleyBanjo, Diversity and @AleshaOfficial.
Keep doing what you’re doing.
✊👏👏👏

ITV previously announced they were standing by Diversity, saying in a statement: “Britain’s Got Talent has always been an inclusive show, which showcases diversity and supports strong storytelling in all forms and ITV stands behind the decision to broadcast Diversity’s performance on BGT.

“Ashley and the group are a great example of the talent, creativity and diversity of modern Britain and their performance was an authentic, heartfelt response to many of the issues and events which have affected society in 2020.”

Last week Alesha spoke out following reports she said she would quit Britain’s Got Talent if ITV made a public apology over Diversity’s performance.

Posting on Twitter last weekend, the former Mis-Teeq star insisted she had “never threatened to quit” the series, accusing the journalist in question of “making up this story”.

“For the record I never threatened to quit BGT, I’ve had no conversations with ITV regarding this matter,” she wrote. “I do however stand by and support @AshleyBanjo and Diversity.”

On Saturday, ITV doubled down on their support for Diversity with full-page ads in national newspapers, which Alesha shared on Instagram.

“Well done @itv for standing with Diversity! Proud of you! This image is in all of the national newspapers today, “ she wrote.

The ads come after Diversity’s Ashley Banjo spoke out about the racist abuse he and the rest of the dance troupe have experienced since their performance.

Addressing this in an Instagram video, Ashley told his fans he was “feeling nothing but proud and positive”, insisting that the “negativity is the minority”.

“Racism is very real, I knew it before, and I definitely know it now. After this performance, and everything that we’ve received, it’s been overwhelming in the negative sense sometimes.”

He added: “We’re feeling positive, proud, happy, confident and we stand by every single decision that we made with that performance.”

I Was An Evangelical Christian, And I Know Why Many Of Them Resist Logic About COVID-19