Alan Sugar has come under fire following an interview on This Morning in which he discussed the coronavirus pandemic, suggesting people working from home had become “complacent”.

The businessman and reality star spoke to Holly Willoughby and Phillip Schofield during Tuesday’s show, in an interview which started as a discussion about his latest protegée, The Apprentice winner Carina Lepore, but quickly saw him sharing his views on people returning to offices.

“Today is about putting your suits on, putting your dresses on and getting out there,” he stated. “We have got to get back to some sort of normality.

“We all know what to do, the right things to do, the social distancing, the masks, the washing the hands, we’ve put all that in place now and if people act sensibly we can get back to normality again.”

Alan went on to say he “sympathises with” the government, claiming they “can’t be seen to do anything right with anybody”. 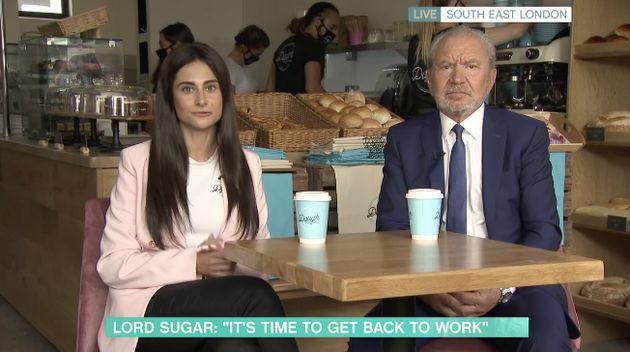 He continued: “They’ve been given an unprecedented situation and we’re learning as we go along. We have been told what to do… Let’s get on a bus, just don’t touch your face.

“Those people who like working from home have become a bit complacent, I think, quite honestly. My businesses have all come back…”

When the presenters then pointed out that many were concerned about returning to work, Alan hit back: “There’s a fine line of fearful and enjoying it, to be honest with you. It’s as simple as that.

“What are they fearful of? I’ve got a factory down the road from here that has 300 people that have been working all throughout the pandemic. We have got proper processes in place…” 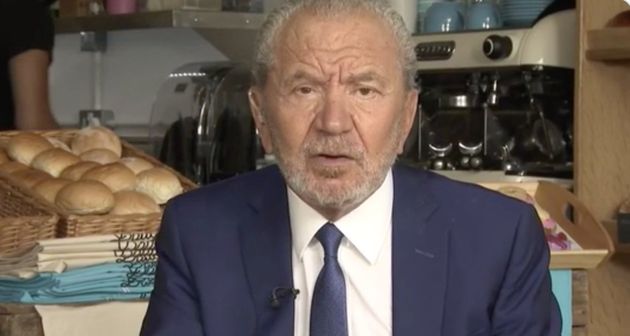 Alan was similarly dismissive when Phillip pointed out the World Health Organisation’s recent comments about a potential second wave, with the entrepreneur interrupting: “Excuse me, excuse me. I am sick and tired of watching CNN, Sky, Bloomberg, BBC, the lot, because all they do is cause panic amongst people.

“I’m not interested in any of this stuff because you can switch the television on anytime of day and the first thing you see is some more bad news.

“If you go down Whitehall it’s like a ghost town and that’s because all of the Civil Servants, they only need half an excuse not to go to work, we’re paying for them by the way.

“The banks are really annoying. They’re telling people not to come back to work until January… they’re starting to use the pandemic for an excuse for making mass redundancies.”

Shortly after the interview, Alan Sugar’s name began trending on Twitter, with many taking issue with what he had to say…

Just seen Alan Sugar on #thismorning – all I got from him was that he doesn’t care about the health & wellbeing of anyone around him. Also people working from home, are still working 🤔 I’d rather work from home than commute to work using crowded public transport, saves money too

I just cannot imagine why Alan Sugar, owner of a billion-pound property portfolio focused on commercial developments, wants people to get back to the office. pic.twitter.com/mu1yU2qoPX

What sort of business sense is Alan Sugar promoting? He’s saying that businesses should keep their city centre offices and make employees go back in even though they’ve realised employees can work equally well from home and they could save money on office space #ThisMorning

Thanks to Alan Sugar, I now understand that we shouldn’t work from home in order to stay alive, we should instead return to the office in order save his empire. I can’t believe I have been wrong all this time

Alan Sugar being a prime example of the rich, famous and elite really not giving a damn about the people beneath them. He might as well have just said he doesn’t care if the plebeians beneath him live or die, as long as he’s making money. #ThisMorning

Alan Sugar has a large property portfolio and is worried about the value of his office blocks falling, that is why he wants people to risk going back to work. It’s all about him, his millions and his private jet. #ThisMorning

Alan Sugar showing his contempt for anything other than business and money. Because he’s “not interested” in what the World Health Organisation has to say, he has “declared lockdown over”. A truly awful person. #ThisMorning

I certainly do not agree that working from home has make people complacent. Working at a university, if anything, we’re probably working harder.
People really need to be quiet and keep their opinions to themselves, especially him.

Incredible: @Lord_Sugar on @thismorning calls anyone working from home ‘complacent’

This is a health emergency.

Business unlike your own Lord Sugar are thinking about the health of employers, not their own pockets.

Alan Sugar railing against working from home today, saying people that do wfh have become too complacent. Most people that are wfh have had 90-120 minutes a day returned to them, which they would’ve otherwise had spent on their commute.

This isn’t the first time during the pandemic that Alan Sugar has ruffled feathers, though.

He previously came under fire for sharing a conspiracy theory about the origins of coronavirus, and later faced criticism for implying the government and media had overreacted to the crisis.

This Morning airs every weekday from 10am on ITV.