A creeping feeling of déjà vu has been haunting Westminster with the arrival of autumn as bulletin after bulletin carries more bad news about the dreaded resurgence of Covid-19.

Case numbers, hospitalisations and, of course, deaths are rising and the R value has stayed stubbornly above 1.0, meaning that the pandemic continues to grow across the country.

The UK map is a patchwork quilt of varying social distancing restrictions, reflecting how Boris Johnson wants to stick to his “whack-a-mole” strategy of stamping out outbreaks and avoiding blanket bans.

But with around a third of the entire UK population now living under some form of local lockdown, the question many are asking is: why doesn’t the prime minister “go the whole hog” and back a full second national lockdown?

There are “significant rates of transmission” in “great majority” of areas where the virus is spiking, he said.

Pointing to alarming graphs showing that hospital admissions were rising sharply among the over-65s, Vallance warned it would be “wrong” to think that the problem was only in areas under local lockdowns.

“It is worst in certain areas but there is evidence of spread everywhere,” he said

So what is stopping the PM from a full lockdown – and could a two-week “circuit-breaker” compromise be on the cards?

The devastating impact on the economy 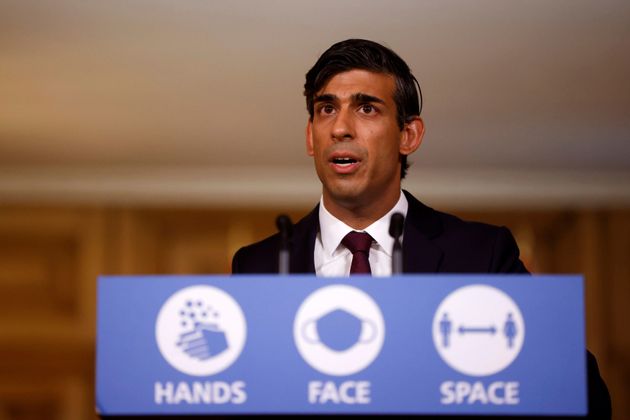 Covid-19 has already ravaged the UK economy and the Bank of England warned last month that the resurgence of the virus will hit the country hard.

Chancellor Rishi Sunak is thought to oppose a second lockdown “for any long period of time” amid fears job losses could soar and unemployment in 2021 could spiral out of control.

“It’s a constant balancing act, trying to keep the country moving forward without the hospitals filling up with critically ill patients with Covid so that other services can continue to run, but achieving that is the key point,” said one MP.

“And if that isn’t happening [to the NHS], then keeping people running their businesses and employing people is equally important.”

Data released by the Office for National Statistics revealed that the number of redundancies in the UK has risen at its fastest pace since the financial crisis.

“The economic challenges are huge,” said the MP. “If the economy slows down too much – well, we use it to pay all of our public sector, it’s not for the fun of it. It pays for the wages for all of the services we want for our constituents.” 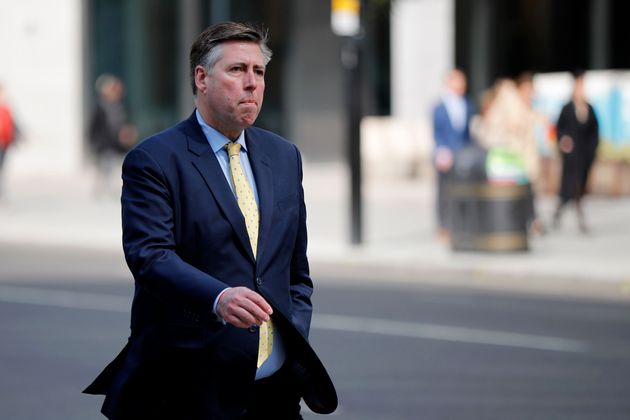 One thorn in Johnson’s side should he move for a second shutdown is a grouping of backbench Tory MPs known informally as “the Brady brunch”.

Notionally led by the chair of the powerful 1922 committee, Graham Brady, they oppose new restrictions by the state, both due to the limits on individual freedoms and the strain on business.

Or, as Brady recently put it, they feel the government has “got into the habit of ruling by decree” during Covid-19, with many measures, including hefty fines, announced without parliamentary scrutiny.

One moderate Tory MP, who doesn’t back the would-be rebels, told HuffPost UK other MPs were more trenchant in their view: “The Hitchenite wing, or lockdown-sceptic wing of the party, is growing stronger and stronger.

“They are very hardline and there are more and more of them. They have increasing influence via people like Toby Young and Laurence Fox and then Nigel Farage on the fringe.”

They added: “Some of it is for libertarian reasons – they don’t want people to be bossed around by the state – but for others it is genuine worry.

“I don’t care about the libertarian arguments but I really do worry about businesses in my constituency and job losses.”

The group, which is thought to be around 50 strong, won a concession from the government last month after threatening a rebellion over the continuation of emergency measures.

Now, any second national lockdown must be put to a vote in the Commons.

While backbench voices may chip away at Johnson’s authority, they have little chance of sinking a second lockdown, given the Tories’ 80-seat majority.

But the PM may also look to swerve a face-off with his detractors by brokering a compromise.

How to save Christmas 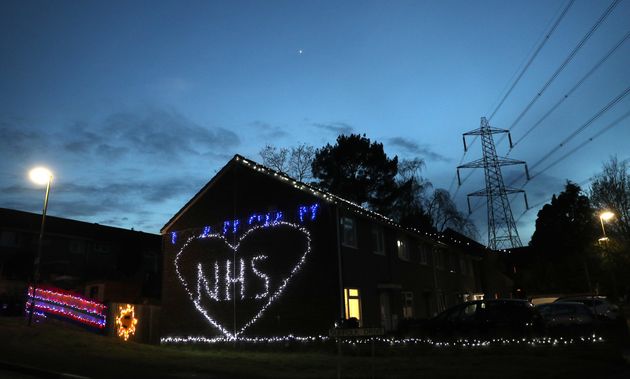 “There is a fundamental belief in central government that the British public will not stand for a fully locked-down Christmas or even the rule of six, frankly,” one source close to the government told HuffPost UK.

Instead of “cancelling Christmas”, a two-week “circuit breaker” national lockdown, starting October 23, is on the table and may allow the country to avoid tighter restrictions later, it is said.

A government source told HuffPost UK a range of data is used to make decisions, and that there is no “specific point” at which a second shutdown would be triggered.

Setting an end date on a “full fat” lockdown would solve more than one problem for the PM.

October 23 is the start of half term, meaning schoolchildren – who have missed out since March, with those from poorer backgrounds hit hardest – could avoid having a great deal more of their classroom education interrupted.

So the move may satisfy working parents and teachers who fear youngsters are falling behind with lessons.

This “third way” plan is said to have been briefed to hostile MPs already as a “light at the end of the tunnel” this winter.

“I think with backbenchers you can sell drastic measures in the short term, that are time limited, by saying: if all goes well, we will open up at Christmas,” the source added.

Retail and hospitality businesses, struggling to keep their head above water, would similarly be more inclined to swallow measures if they had an end in sight.

Brady, meanwhile, told BBC Radio 4′s Westminster Hour on Sunday that “people were told that it was a finite thing” when lockdown was first imposed.

He added piecemeal regional lockdowns were now being questioned by the public.

Brady said: “People were remarkably tolerant in being prepared to go along with that, I think for that reason. And when you then start to get to speculation about a second lockdown or all of these regional things, I think patience really does start to wear thin and I can understand that.”

The government on Sunday revealed that as many as 16,000 cases from last week were not added to government figures, with the UK recording a huge 22,921 lab-confirmed cases in the 24 hours up to 9am on Sunday.

The news flatly contradicts suggestions that the second wave may have been “levelling off”, as it is now known the country reached 10,000 new daily cases on September 30.

“The numbers that [the cabinet] are seeing are very, very bad and the thing that is always repeated to them by Whitty and Vallance in the meetings they have, is this [data] is two weeks’ old, so what is happening now is worse than what I’m showing you,” they said.

“So they show ministers a lot of numbers that are bad but say that ‘before I do, know this, it is worse’.”

Rumblings of disquiet in the Red Wall 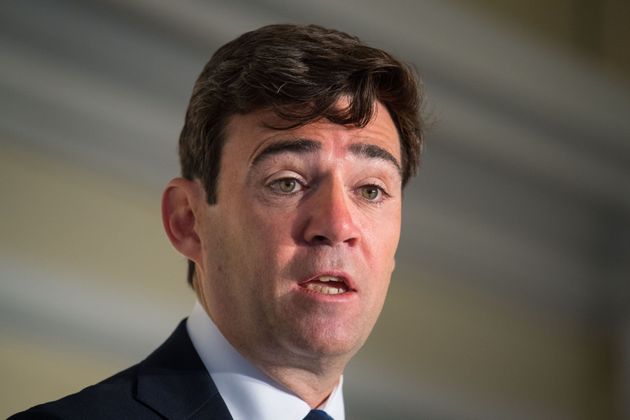 With vast swathes of the north under local lockdown already and widespread confusion, not least by Johnson himself, over what measures are in place where, Greater Manchester mayor Andy Burnham sounded the alarm on Sunday.

Telling the government it is “in danger of losing the public in the north of England”, he said: “We need a bit of a reset.”

Speaking to Sky News’ Sophy Ridge on Sunday, the former health minister – who has previously claimed Covid-19 could do more damage to the north than Margaret Thatcher – added: “Actually if [the government] carry on imposing restrictions on the north without proper support for the businesses and the employees affected in the north, we will see a winter of ‘levelling down’ and the north-south divide getting bigger.”

Meanwhile, Labour’s Jonathan Ashworth has pointed out that – by contrast – few Tory ministers have seen local lockdowns in their constituencies, suggesting there even may be “political interference”.

It is feared the economic long-term impact could disproportionately leave the Red Wall – across the midlands, north and Wales – much worse off, with many jobs lost in retail and hospitality.

“They expect this to hit the Red Wall worse than anywhere,” said one insider.

“There are MPs who think the government worries too much about the Red Wall, and say there are other areas of the country and other people who voted Tory, but it’s definitely true that the first test of any policy outside of Covid is the Red Wall test.”

One northern Tory simply added: “It’s a constantly moving challenge of keeping the economy moving and ensuring the NHS is not overwhelmed.

“I think we all need to accept that we will be living a quiet life for the next year.”