'A Me Too Moment': Exposing Islamophobia In The NHS Showed Just How Deep The Problem Is - Rugby and Daventry Radio Station Midlands UK

‘A Me Too Moment’: Exposing Islamophobia In The NHS Showed Just How Deep The Problem Is

‘A Me Too Moment’: Exposing Islamophobia In The NHS Showed Just How Deep The Problem Is

A HuffPost UK investigation revealing that Muslim medics believe Islamophobia is rife in the NHS has prompted a huge reaction, with many people sharing their own horrific stories of discrimination.

From being made to stand by while their colleagues laughed at deeply offensive “jokes” to being forced to remove a hijab, more frontline medics have revealed the shocking racism and xenophobia they have faced from their own colleagues.

“Two intensive care doctors I worked with met up on their days off and the team asked them if they were arranging a terrorist attack,” one woman came forward to reveal.

“Everyone was laughing to make it into a joke, but I saw their faces forcing themselves to smile at the awful ‘joke’. Racism is very much alive in the NHS.”

Their stories emerged after we published an investigation and did a HuffPost UK survey with the British Islamic Medical Association (BIMA) last month, in which we lifted the lid on how Muslims working within the NHS are subjected to taunts about bacon and alcohol and bullied for wearing a hijab.

An alarming 81% of the 133 surveyed told they had experienced Islamophobia or racism within the NHS and 69% felt it had got worse during their time at the organisation.

More than half – 57% – felt Islamophobia had held their back in their career progression in the NHS. 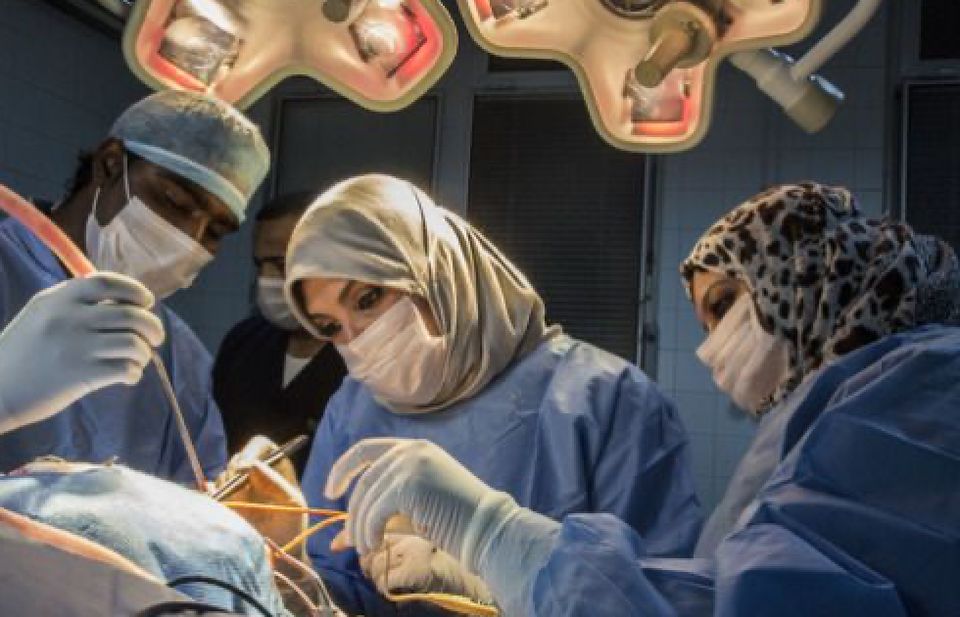 Since running our two-part investigation, HuffPost UK and BIMa have been inundated with messages and e-mails from people sharing their own tales of Islamophobia in the NHS.

One GP from South Yorkshire said Islamophobia in today’s NHS is usually subtle and based on unconscious bias rather than explicit racism. He said that in its most common form, it is the inferior treatment of Muslim staff members based on the perception that they are different.

“These stereotypes exist in everyday life, but perhaps people outside of the NHS find it shocking because prejudiced behaviour doesn’t fit the often cliched ‘hero’ narrative of NHS workers,” he said.

He said he had suffered many personal experiences of Islamophobia, particularly when he was doing his general surgical training.

One incident which sticks in his mind happened when he was doing a clinic with a consultant surgeon and a specialist nurse. “We took a quick break between appointments and the consultant announced he had a great joke to tell,” he remembered.

“He asked: ‘What do you call one Pakistani at the bottom of the sea? His answer was ‘A problem.’

“He then continued and asked: ‘What do you call all the Pakistanis under the sea?’ and then replied: ‘Problem solved.’

“The consultant laughed, as did the white English nurse. The worst bit was he specifically looked at me while telling the joke with a challenging and taunting expression which implied: ‘What are you going to do about it? You need my help to advance your career.’”

He asked: ‘What do you call one Pakistani at the bottom of the sea? His answer was ‘A problem.’

He then continued and asked: ‘What do you call all the Pakistanis under the sea?’ and then replied: ‘Problem solved.’

The GP admitted although this incident wasn’t the only reason, he ended up rethinking his career options and quitting surgical training due to the “pervasive toxic atmosphere.”

The second part of our investigation revealed the appalling Islamophobia Muslim NHS workers face from patients – such as being described as terrorists, “Osama Bin Laden’s daughter” and told to “go back to your own country.” 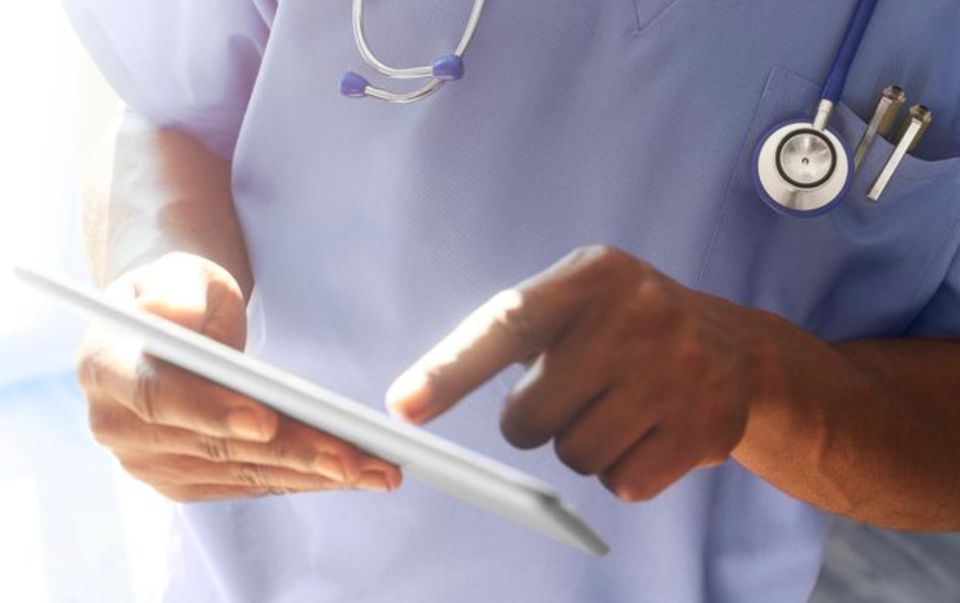 Some Muslim NHS workers contacted HuffPost UK admitting that they had actually left the NHS due to the Islamophobia it experienced and the mental toll this took on them.

Others said they felt that Islamophobia had got worse in the NHS and they desperately wanted to leave the profession.

One doctor based in Birmingham said: “As a Muslim medic, I actively discourage any Muslim to enter medical training in the UK. I shall be hopefully leaving this nasty profession.”

Many people got in touch to say they had recognised many elements of Islamophobia described in the article as well as having witnessed situations of Islamophobia which are hidden under the guise of “banter” or “just a joke.”

One Muslim said they knew of an incident where bacon rind was left inside a Quran in an NHS building.

Another described how a colleague said: “Yum, you don’t know what you’re missing out on” while eating bacon in front of them.

Two intensive care doctors I worked with met up on their days off and the team asked them if they were arranging a terrorist attack.
Everyone was laughing to make it into a joke, but I saw their faces forcing themselves to smile at the awful ‘joke’. Racism is very much alive in the NHS.

One NHS worker said: “I was once asked to work three consecutive Christmas shifts as I was told: ‘You guys don’t celebrate Christmas’ and I was once not invited to a Christmas get together as they thought I’d be offended.”

One HuffPost reader said: “My sister always tells me about her placements at uni and one time, a surgeon refused to let a student go into theatre unless she took off her hijab. Other staff even looked uncomfortable but couldn’t speak up because of his senior position.” 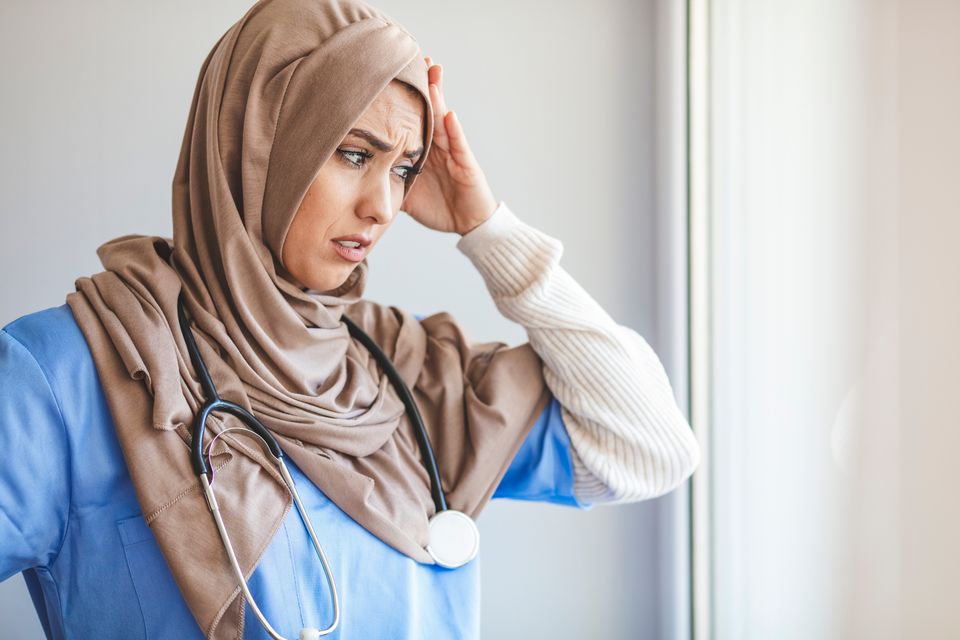 One Muslim woman said she had never experienced Islamophobia in her life – until she joined the NHS. She said: “HR brushed it under the carpet as the person was their friend.”

An NHS worker said that colleagues described Muslim colleagues as being on “hunger strike” during the month of fasting of Ramadan and questioned why they needed to take breaks if they weren’t eating.

One medical student working in the NHS said: “Scarily, this type of behaviour seems to be increasing within the NHS and hospitals.

“I have many colleagues who have been subjected to Islamophobia but chose to stay silent for fear of being blacklisted for whistleblowing, which in turn would jeopardise their careers.”

One female mixed-Black Muslim NHS worker told how she had genuinely considered changing her surname from a strongly Muslim identifiable one to a more culturally ambiguous one in an attempt to prevent incidents of Islamophobia.

Many HuffPost readers got in touch to express their horror and outrage at the revelations of Islamophobia in the NHS that Muslim health staff face.

“How can this be acceptable – and among so called highly educated, respected and caring people?” asked one person. “Disgraceful.”

Another said: “Reading this fills me with heartbreaking disbelief. Disbelief that members of the very organisation I work for, the organisation said to be built on equality for all, could be so cruel and so hateful. I am so angry.”

“This reality is a blight on all that the NHS stands for,” said another HuffPost UK reader. “Doing away with this nasty and hidden culture is the real and overwhelming challenge the NHS faces.”

How can this be acceptable – and among so called highly educated, respected and caring people? Disgraceful.”

One Muslim reader said: “I think our prime minister has helped legitimise this vile racism and has a lot to answer for.”

“You’d think people working in the NHS would be more compassionate, understanding and intelligent” said one man. “But I guess they just reflect the Islamophobia that is rife in society.”

Salman Waqar, general secretary at BIMA and a doctor, told HuffPost UK the investigation had prompted a “Me Too type moment”. 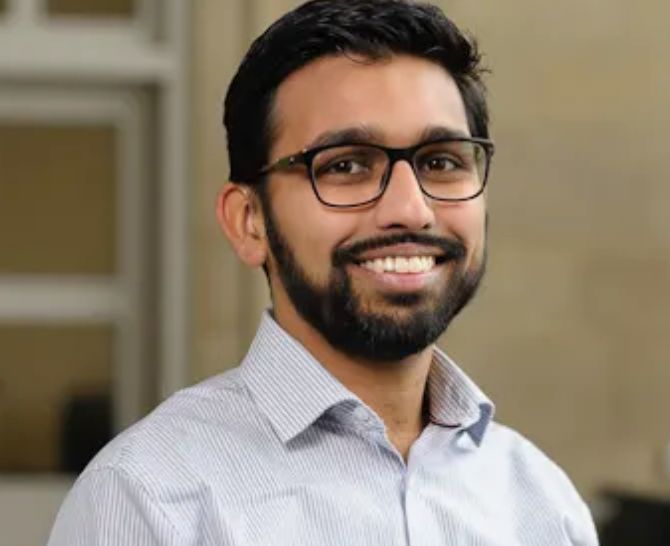 “A lot of people have come forward to us after reading the pieces about Islamophobia within the NHS in HuffPost UK in a Me Too type moment describing how similar things have happened to them.” he said.

“Some have also contacted us and reflected on their previous experiences and realised that they had experienced Islamophobia but had not realised that’s what it was. Looking back, they can now see it was the reason the environment was so toxic and the reason why they didn’t get that promotion.”

He added that many people told them reading the HuffPost UK articles was “cathartic” and a recognition that their experiences of Islamophobia were real and that they weren’t alone in encountering it.

Emma Wiley, a consultant and equality lead at the Muslim Doctors Association, said the HuffPost UK Islamophobia in the NHS investigation has led to a sea change within healthcare workers that Islamophobia needed to be realised. 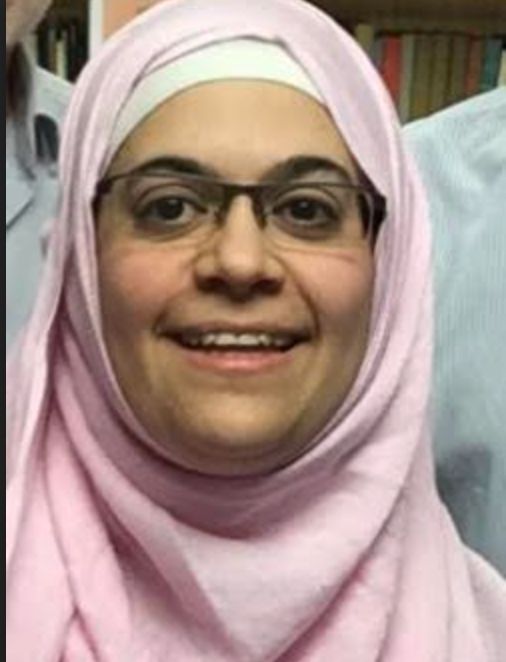 “It has been a long time coming.” she said. “What was great about these HuffPost UK articles was that it raised the profile of the issue and legitimised people being able to acknowledge that Islamophobia exists within the NHS.

“I think too many people have been in denial about it for a long time and have brushed it under the carpet.

“Those who have not experienced Islamophobia themselves either didn’t know or believe it existed while those who had experienced it tended to minimise it or put it down to other things while others just accepted it as something they had to put up with.

“Most people within the NHS are uncomfortable challenging Islamophobia as they don’t want to make a fuss or are worried about repercussions.

“However, since reading these articles, people are now admitting that Islamophobia in the NHS is a big problem and they are glad it is finally being talked about.”

Rugby and Daventry Radio Station Midlands UK > News > National And International News > Huffpost > ‘A Me Too Moment’: Exposing Islamophobia In The NHS Showed Just How Deep The Problem Is