Queer people are disproportionately likely to end up homeless. It’s a devastating but unavoidable fact – but whether you’ve come out as queer in a hostile home environment or fear the results of coming out but haven’t yet done so, know that there is support available to you.

Perhaps you’re reading this as an ally. If so, there are plenty of ways you can help a struggling friend or anyone you’ve seen suffering near where you live, or on the streets, or in your wider social network.

It’s more important to help out now than ever before – because, unfortunately, the lockdown has made LGBTQ+ homelessness even worse.

“At the peak of the virus, we saw a sharp rise in referrals amounting to a 107% footfall increase in London compared with April last year,” says Lucy Bowyer, director of services at the Albert Kennedy Trust (AKT), an LGBTQ+ youth homelessness charity that has shared its tips for young queer people and their allies with HuffPost UK.

Firstly, here’s how to reach out for help 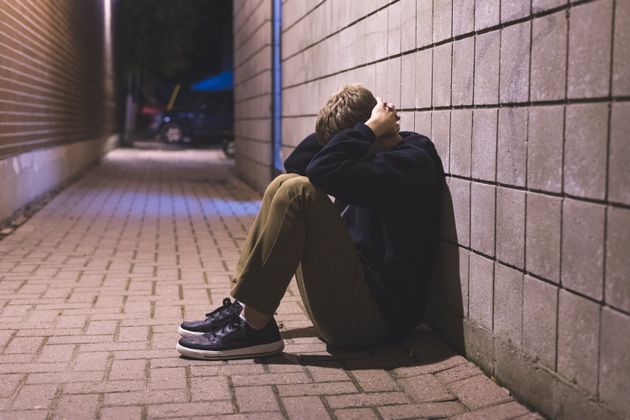 If you feel unsafe for any reason, know you can get in touch with those trained to help you. The teams who work for charities like AKT are never judgemental and always on hand to offer advice. “We understand the importance in having staff who reflect young people and understand the experiences young LGBTQ+ people are facing, as well as being skilled and experienced in helping with housing,” says Bowyer.

She advises young queer people to “seek comfort in community” when thinking about reaching out. In other words, imagine the community waiting for you and wanting to help. There are other people in the same situation – even if right now it feels like you’re the only one experiencing hostility.

“It’s important to remember you are not alone in what you are going through,” she says. “It is crucial you look after your mental wellbeing and speak with others who have either been in the same boat, or have useful knowledge on the matter who can help generate positive thinking.”

It may not always be best to come out to hostile family or guardians. Wait until you have been re-housed in a safe place or for your situation to change and become safer before revealing anything that may put you in danger.

If you have come out to a hostile response, advice is easily sought online or over the phone by emailing [email protected] or messaging the team using the chat function on the AKT website.

Leaving home in an emergency? Remember these things

Individuals should prioritise making themselves safe if they are in a vulnerable position. If, for you, this means leaving your home, Bowyer has one failsafe tip.

“If you feel unsafe at home, or worry your parents might try and move you, we’d encourage you to bring an emergency bag that includes your passport and ID to a friend’s house,” she says.

If you’re meeting people you don’t know, make sure someone knows exactly where you are and what to do if they don’t hear from you later on, says Hayley Speed, assistant director of services at AKT.

This applies to individuals in general, but specifically those who have left home and are working in the sex industry, either out of choice or necessity, potentially putting themselves in more danger. “It is also a good idea to register with National Ugly Mugs which is an independent organisation reporting on individuals that are dangerous to sex workers,” says Speed. 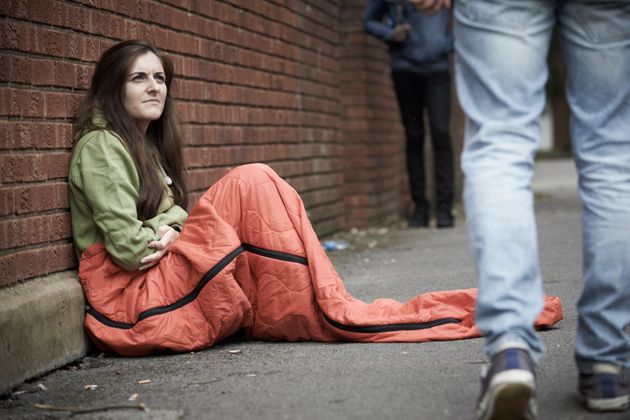 This is what happens after you get in touch

Members of a charity team (AKT, or the others services listed below) will get in touch by email or phone to arrange a chat and work out the best way forward. They will advise about potential opportunities for rehoming, as well as offer more general advice and answer any of your questions.

“When I arrived at AKT they immediately put me in a hostel for a couple weeks,” says Blake*, 19, a Black trans woman whose family become physically and mentally abusive when they discovered she was taking hormone treatments she had sought from the internet.

“It was clean and warm and I could sleep at night without being scared. They then put me in a Purple Door safe house – emergency accommodation for young LGBTQ+ homeless people – where I felt like I had found my true family. Everyone was so welcoming.”

Blake was supported with her application to legally change her name, and access services that allowed her to begin gender reassignment treatment.

“They also helped me with my housing application and applying for college,” she says. “Since May last year I have been happily living in shared accommodation, my girlfriend regularly visits, and I have started my second year of my art therapy course.”

For LGBTQ+ people already in accommodation but being served an eviction notice, it’s very important to know your rights, stresses Speed.  Even though the lockdown-based eviction ban has been lifted, landlords are still required to serve six months’ notice to anybody with a tenancy.

Where possible, keep all communication to emails rather than the phone so you have a record of what’s been said. Remember that, right now, tenants have increased protections in rented properties because of the pandemic, so landlords will find it increasingly hard to make convincing arguments to throw individuals out. This is due to new legislation it’s well worth being aware of.

If you’re underage, you can still seek help

Rohan*, a young South Asian man who is bisexual, was underage when he first reached out for help. “My parents passed away when I was five years old and I was living with my aunt and her husband,” he says. “When she found me in bed with my boyfriend, she became really concerned for me but in a weird prying way. She started to enforce all these rules on me and became really controlling. She would check my phone all the time, always ask me questions whenever I tried to leave the house and would drive me everywhere and pick me up.”

His aunt’s behaviour became more extreme. She started checking his search history on his laptop and would call him throughout the day to ask where he was. “If I didn’t comply to her rules, she’d say really hurtful comments, become very aggressive and shout bi-phobic insults at me,” he says. “I felt suffocated.

It was his college mentor who referred Rohan to AKT who supported him in leaving home. The team dealt with the local authority and successfully fought an appeal under section 20 of the Children’s Act, which was initially thrown out. Ronan was placed in a host family who were a gay couple.

“They were really understanding and warm and finally I was able to see my boyfriend again,” he says. “I really liked the freedom I was finally able to get with the host family and I requested to stay here and was given ‘looked after’ status.” He also got support to reaching back out to his aunt and talk.

“Looking back, I love my aunt but she did not understand who I was or even try to,” he says now. “I’m planning to apply for university next year and would like to specialise in sociology or social care and try and help others like AKT do.”

How to help when you’re an ally 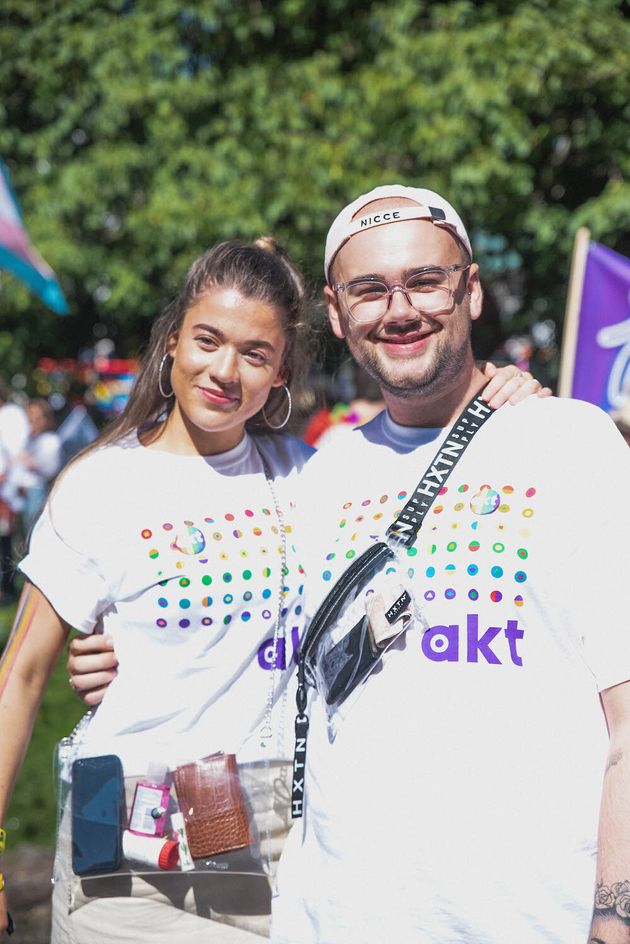 The most important thing as an ally is never to be judgmental, says Bowyer. Offer practical help where you can though never feel guilty when you can’t.

“The most important thing you can do is be a supportive figure in your friend’s life,” she says, adding that for many LGBTQ+ homeless people, simply being “a regular, familiar presence” can mean so much. This will set the tone for helping them access the rest of the help they need from experts and organisations.

“Young people we speak to often report that a two-minute conversation is worth more than the money thrown at you. They may not have spoken to anybody all day, it can make you feel invisible, so a simple, ‘Hello, how are you?’ lets that person know they are seen,” says Bowyer.

If you see someone sleeping rough who looks in need of help, contact StreetLink who can connect them with local services and practical support.

Other things to remember about LGBTQ+ homelessness

Lockdown has been especially stressful for people of colour, given the well publicised statistics around coronavirus and its impact on Black and Asian communities. The murder of George Floyd, which led to a new wave of Black Lives Matter action and protest this summer might have heaped extra mental strain on the lives of LGBTQ+ people of colour.

That’s all on top of the historical injustices that people from minority ethnic backgrounds face. “Unfortunately, black and PoC young people are facing an additional barrier into getting help on account of their gender and race,” says Bowyer. “It feels isolating to have both sides of your identity rejected.”

But she stresses: “You are not alone. Organisations like UK Black Pride and Muslim Pride are in place to show you this. It is important you do what you can to preserve your mental wellbeing and connecting with organisations [like these] can massively help.”

AKT recommends these organisations for queer people of colour:

Our Space in Leeds

QTI Coalition of Colour in Cambridge

* Some names have both been changed to protect anonymity.