A Circuit Breaker Could Save Thousands Of Lives. Here's What's Standing In The Way. - Rugby and Daventry Radio Station Midlands UK 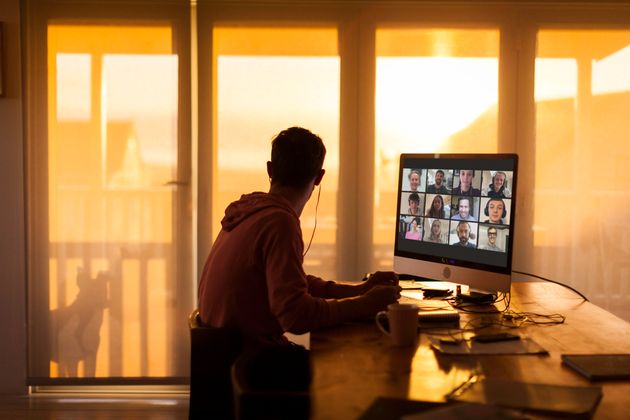 News of a circuit breaker lockdown has been bubbling for almost a month now – but we’re still none-the-wiser as to if, and when, it will happen in England.

Scotland has already implemented a watered down version of the lockdown, which came into force on October 9 and will last until October 26. In some parts of the country, licensed premises serving food and drink must remain closed for the 16-day period, while in other parts, operating hours are reduced.

Northern Ireland has imposed a four-week lockdown, where schools will shut for two weeks – but pubs and restaurants will stay open for takeaways. And Welsh first minister Mark Drakeford said he, too, is considering a “short, sharp intervention” – but the practicalities need to be determined.

Minutes from a Scientific Advisory Group for Emergencies (Sage) meeting show scientists asked for a circuit breaker lockdown to come into effect immediately on September 21. Keir Starmer, the Labour party leader, has since called for an urgent circuit breaker to prevent the NHS from being overwhelmed.

The public seems keen for stricter measures. More than half (54%) of people surveyed by YouGov on Tuesday felt the government should have introduced a national lockdown in September – 28% of the 4,222 adults polled disagreed.

What is a circuit breaker – and how would it work?

Professor Mark Woolhouse, an expert in infectious disease epidemiology at the University of Edinburgh, said the aim is to use additional social distancing measures to reduce the R number well below one for a short period – in this case, two or three weeks.

Sage suggested on September 21 implementing such a break in transmission should act to reduce the R rate below 1. The UK has around 14,000 cases a day right now, with hospitalisations and deaths also rising – albeit more steadily.

The idea is that a short lockdown could be used again during the Christmas break and half-term holidays going forward to make a dent in transmission.

“Over a fortnight’s ‘break’, two weeks of growth could be exchanged for two weeks of decay in transmission, assuming good adherence to measures, and no additional increase in contacts before or after the break,” reads Sage’s document from September.

It suggests if the circuit breaker was as strict and well-adhered to as the restrictions in late May, it could put the epidemic back by roughly 28 days. “The amount of ‘time gained’ is highly dependent on how quickly the epidemic is growing – the faster the growth or stricter the measures introduced, the more time gained,” reads the document.

Sage members also suggested other measures should be put in force, such as: different households being banned from mixing indoors in homes; closing bars, restaurants, cafes, indoors gyms and personal services like hairdressers; and moving university and college teaching online.

What does it hope to achieve?

The aim is to stop cases from spreading as fast, so services like the NHS can keep on top of demand and don’t become overwhelmed – especially as we head into winter. Putting such measures in place could also reduce illness from other respiratory issues, like flu.

A circuit breaker could also buy some time for the track and trace system to improve. Sage analysed the test, trace and isolate system, stating it had a “marginal” impact on transmission. Just last week the so-called NHS Test and Trace service reported its worst-ever figures, with just 68.8% of cases in England being reached and told to self-isolate.

Prof James Naismith, director of the Rosalind Franklin Institute, says it’s “reassuring Sage are clear-eyed about this and not misleading themselves about the effectiveness of the current system as a means to control viral spread”. The longer we delay a lockdown, the longer the actual period of lockdown will likely have to be in order to make a dent in transmission, he says.

What are the downsides?

A lockdown would raise concerns for people’s jobs and the economy, as well as the public who would be unable to see loved ones again. Professor Keith Neal, professor of the Epidemiology of Infectious Diseases, University of Nottingham, points out that large numbers of people – both old and young – have suffered “serious mental health issues” by not being able to meet up with other people.

“This degree of isolation is not allowed in prisons under human rights legislation,” he says. “What is needed is for people to reduce the number of people they meet, and these are the same people rather than different people.”

A two-week national lockdown would have an impact, but it would probably be a short-term impact.Professor David Hunter, an expert in epidemiology and medicine in the Nuffield Department of Population Health at University of Oxford

There’s also concern about the long-term impact of a short lockdown. “Whilst there is no doubt that should one [a circuit breaker lockdown] be implemented, it will have an impact, its longer-term value is much less clear,” says Professor Paul Hunter, an expert in medicine at the University of East Anglia.

“A short one- or two-week circuit breaker may delay any subsequent peak but would it be sufficient to suppress the eventual size of the peak?” There’s not really much information or evidence shared in the Sage document to suggest this intervention would work, he adds.

When the idea of a circuit breaker was first floated, Professor David Hunter, an expert in epidemiology and medicine in the Nuffield Department of Population Health at University of Oxford, told HuffPost UK he was sceptical of how much impact such a move would have. “A two-week national lockdown would have an impact, but it would probably be a short-term impact to delay or flatten the exponential increase in cases which will then have a knock-on effect to hospitalisations and deaths,” he said.

Prof Paul Hunter said he’s struggling to see “how it would make much difference” – but added that if the evidence behind the circuit breaker was shared by Sage, he might change his mind. “None of us really has a good grasp of exactly what to do,” he adds. “There are no easy options.”