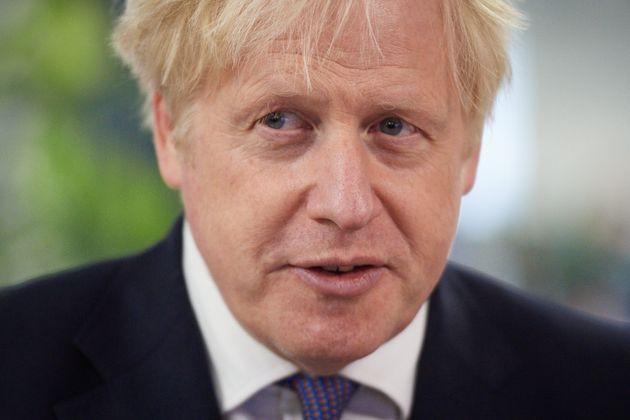 Boris Johnson is facing fresh calls to slash taxpayer aid for fossil fuels after a poll found that two in three Britons want Boris Johnson to shift subsidies away from oil and gas firms to support renewable energy instead.

Labour stepped up its demands for an overhaul of government tax breaks for the North Sea as the newly released YouGov/Global Witness poll, shared exclusively with HuffPost UK, underlined public concern that not enough is being done to tackle the climate emergency.

Nearly two thirds (65%) of the UK population want to see the government shifting the subsidies it currently provides to domestic oil and gas firms to instead support the expansion of renewable energy and increasing the energy efficiency of people’s homes. Less than in one in 10 (7%) opposed such a shift.

More broadly, 67% want to see the UK as world leader on climate change, with majorities across all age groups, regions, genders, political parties and both sides of the Brexit vote (remain 83% and leave 56%).

With the UK set to hold the next round of global climate change talks in Glasgow next year, the poll results match growing campaigns for the UK to radically change its subsidies for fossil fuels, with domestic gas in particular receiving VAT cuts that electricity – which can be renewable – lacks.

The Johnson government launched a review last month of its oil and gas licensing regime, which could herald a big shift in policy since the Cameron government opted to get as much fossil fuel out of the ground as economically possible.

Since 2016, the UK has operated a legally binding policy called “Maximising Economic Recovery” (MER) that compels the Oil and Gas Authority to “take all steps necessary” to ensure that the maximum value of oil is recovered from under UK waters.

Climate change campaigners argue that the policy, plus a system of tax perks for the gas and petroleum industries, is incompatible with the Johnson government’s wider commitments to achieve net zero carbon emissions by 2050.

Critics say that the Oil and Gas Authority regulator is only now considering the net zero target and the government’s industrial strategy does not mention the need to retrain and redeploy oil and gas workers.

A consultation into the strategy ended in July and revised version is expected to be presented to business secretary Alok Sharma this autumn.

Scotland’s economy has long relied on fossil fuels, but the YouGov poll also found that three quarters of the Scottish public were unaware of UK government’s “Maximising Economic Recovery” policy, to extract as much oil and gas as is economically viable.

Almost two thirds (65 per cent) of the Scottish population would like to see the Scottish government training and skills spending go towards the renewable energy sector, whilst amongst 16-24-year-old voters, the environment and the climate was the most important issue.

Ken Penton, UK climate campaigner at Global Witness, said: “Off the back of a period of great political upheaval in the UK, with sharp divides, it’s welcome news that protecting the climate is one issues that unites everyone.

“The simple fact is you can’t be a global climate leader if you plan to carry on maximising the amount of oil and gas you produce, rather than support the growth of the renewable energy and energy efficiency industries.”

Penton said that as the host of the UN Conference of Parties (COP) conference in 2021, the UK would be judged not on its rhetoric but on action on curbing the oil and gas industry.

“This starts with scrapping the Maximising Economic Recovery policy that dictates the UK explore for and extract as much oil and gas as is economically viable. If the UK is to meet its own climate obligations, it cannot dig for any further fossil fuels beyond what is already in existing operational fields,” he said.

Boris Johnson pledged to boost offshore wind energy in his Tory conference speech this week, though critics said he failed to commit the billions needed for a serious investment in the sector.

Shadow energy minister Alan Whitehead also made clear that the polling underlined that the public agreed the current strategy needed to change.

“Labour has made clear the government’s Maximising Economic Recovery strategy for oil and gas is untenable as it stands, and inconsistent with the ambition to meet net zero emissions,” he said.

“We must focus instead on a just transition to a decarbonised energy sector, which recognises the different role oil and gas will play in future industry, and that creates high-skilled, green jobs.”

The department of business, energy and industrial strategy (BEIS) refuses to describe the current tax breaks for fossil fuels as “subsidies”, even though an EU report last year found that £10bn was effectively spent shoring up the industry, compared to £9bn for renewable energy.

A BEIS spokesperson said: “We want to ensure the UK has the most ambitious environmental programme of any country on earth and we have already cut emissions by 43% since 1990 and were the first major economy to commit to achieving net zero emissions by 2050.

“We will continue our global leadership on tackling climate change by hosting the next UN climate conference COP26 in 2021.

“The UK does not have any fossil fuel subsidies, and we are exploring how to make the gas network cleaner through the Green Gas Levy and have just announced plans for even more of our electricity will be provided by clean, green wind power.”

The UK has signed up to a G20 summit commitment to rationalise and phase out inefficient fossil fuel subsidies across the globe that encourage wasteful consumption.

It says that the independent Committee on Climate Change has recognised the ongoing demand for oil and natural gas, including it in all scenarios it proposed for how the UK meets its target for achieving net zero emissions by 2050.

The oil and gas sector supports 270,000 jobs across the UK, but the green economy has the potential to support 2 million jobs by 2030, even on government estimates.

* Total sample size was 1,704 adults, fieldwork was undertaken between 18 – 19th August 2020. The survey was carried out online. The figures have been weighted and are representative of all UK adults (aged 16+).

Punished For Baby Loss: How Miscarriage Forced One Woman Out Of Her Job