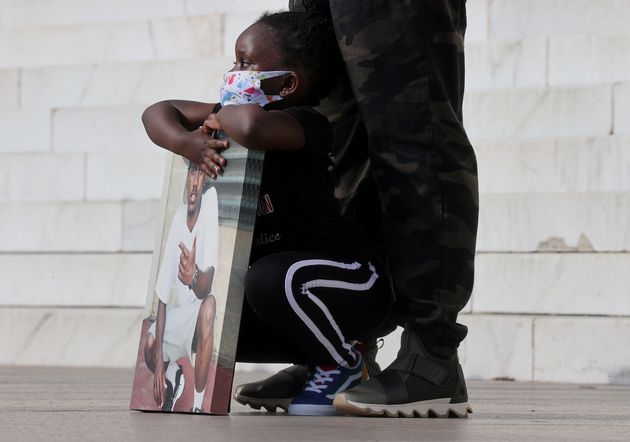 Amid the ever-changing news cycle, it’s easy to miss great images that fly under the radar. Fortunately, we’ve got you covered.

We’re highlighting exceptional photos from around the world for the week of August 22-28. Check them out below.

Above: The 4-year-old daughter of Marqueese Alston, who was shot and killed by Washington’s Metropolitan Police on June 12, 2018, holds a photograph of her father as demonstrators gather at the Lincoln Memorial for the “Get Your Knee Off Our Necks” March on Washington in support of racial justice in Washington on Aug. 28, 2020. 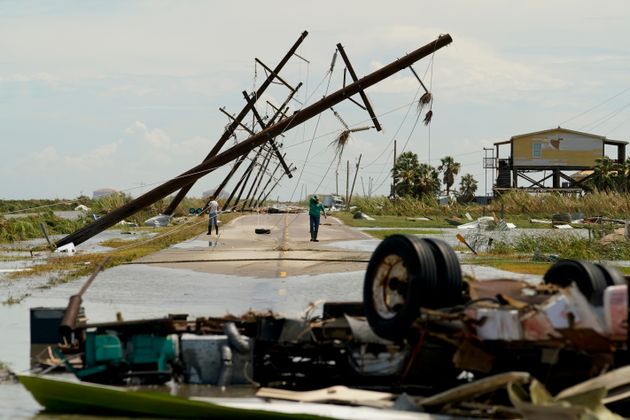 People survey the damage left in the wake of Hurricane Laura on Thursday, Aug. 27, 2020, in Holly Beach, Louisiana. 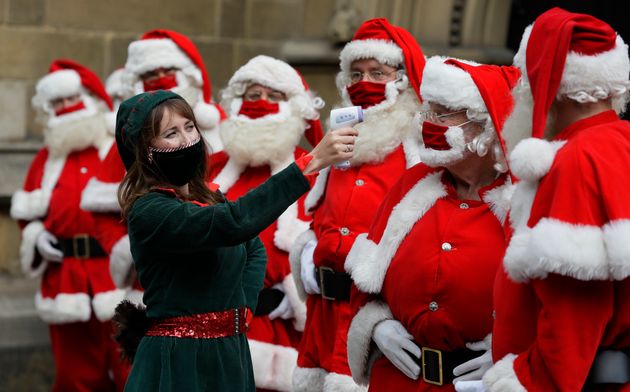 Santas have their temperature taken as they attend a socially distanced Santa school training at Southwark Cathedral in London, Monday, August 24, 2020. Britain’s much-loved Santa school will train the nation’s Santas to social-distance in order to keep the magic of the Christmas Grotto alive in 2020, despite the government’s Covid-19 restrictions potentially interfering with the festive season. 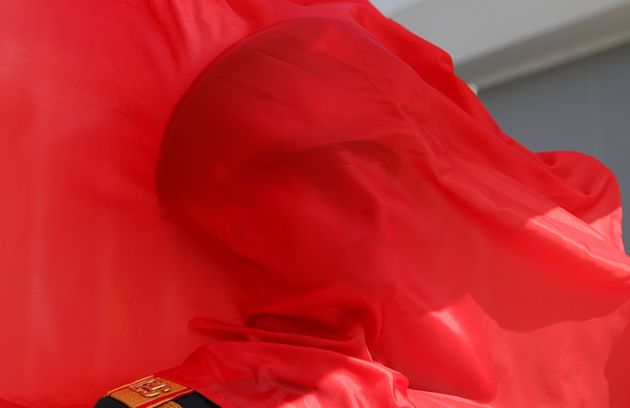 A serviceman stands behind a flag before the opening ceremony of the Army 2020 International Military Technical Forum and the 2020 International Army Games at the Patriot Congress and Exhibition Centre of the Russian Armed Forces on August 23, 2020. 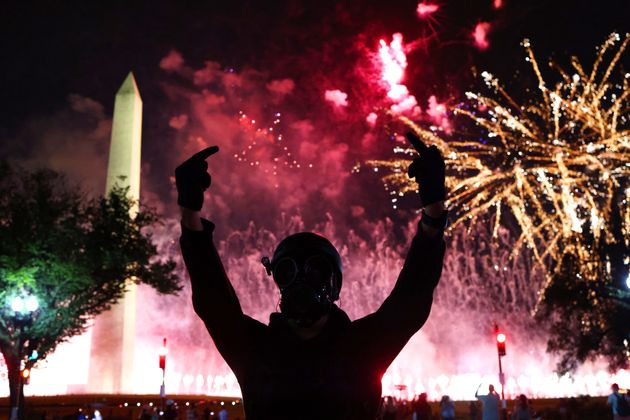 A protester gestures as fireworks explode above the Washington Monument during a protest on the fourth night of the Republican National Convention on August 27, 2020, in Washington, D.C. 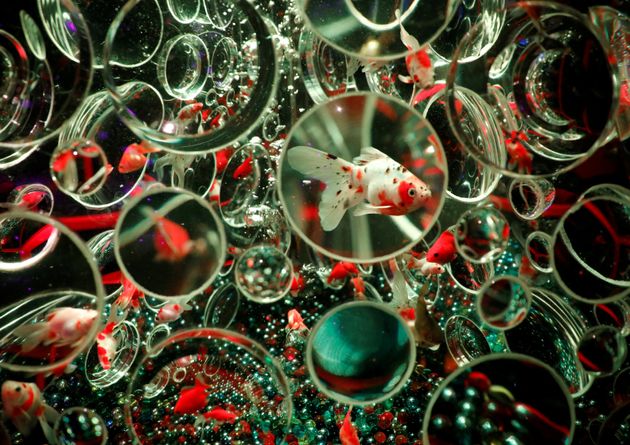 Goldfish are seen inside a water tank equipped with lenses on the surface in an artwork titled “Reflecterium” at the Art Aquarium Museum 2020 exhibition, produced by the Japanese Art Aquarium artist Hidetomo Kimura, in Tokyo, Japan, on August 28, 2020. 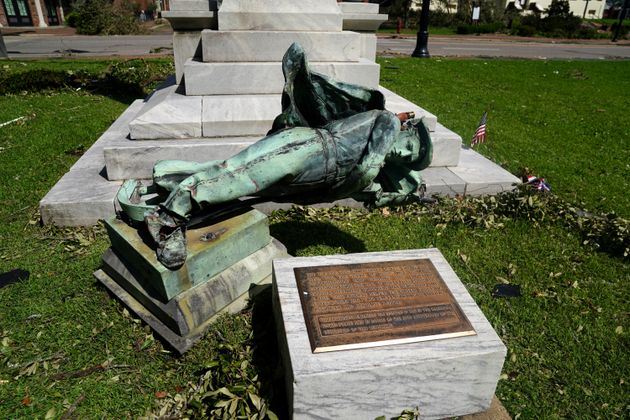 A toppled Confederate monument is pictured after Hurricane Laura passed through Lake Charles, Louisiana, on August 27, 2020. 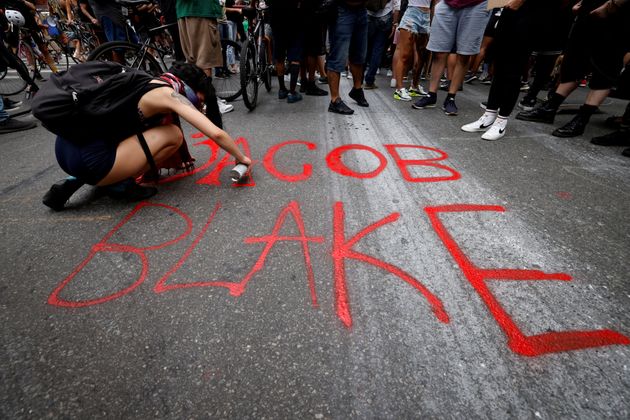 A woman paints the name of Black man Jacob Blake on the street as protesters demonstrate for racial equality in midtown Manhattan on August 24, 2020. 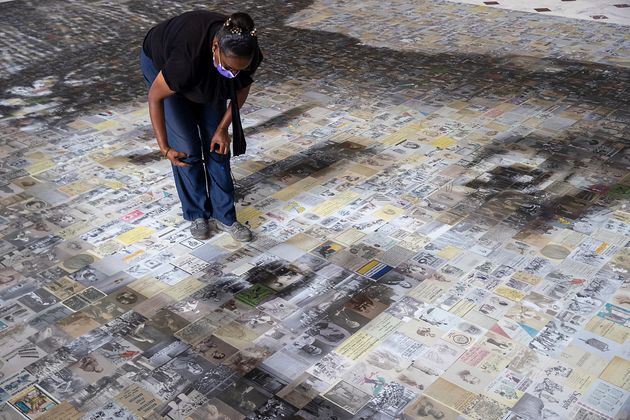 Judea Lawton takes a photo of a mural titled “Our Story: Portraits of Change” on August 24, 2020, in Washington, D.C. The mural features civil rights icon Ida B. Wells and was designed by artist Helen Marshall of the Peoples Picture. The portrait is comprised of thousands of historical photos featuring women who fought for the right to vote, according to the Women’s Suffrage Centennial Commission. 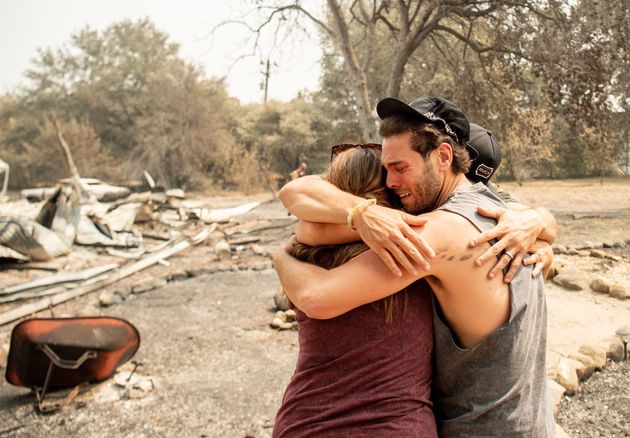 Resident Austin Giannuzzi cries while embracing family members at the burned remains of their home during the LNU Lightning Complex fire in Vacaville, California, on August 23, 2020. 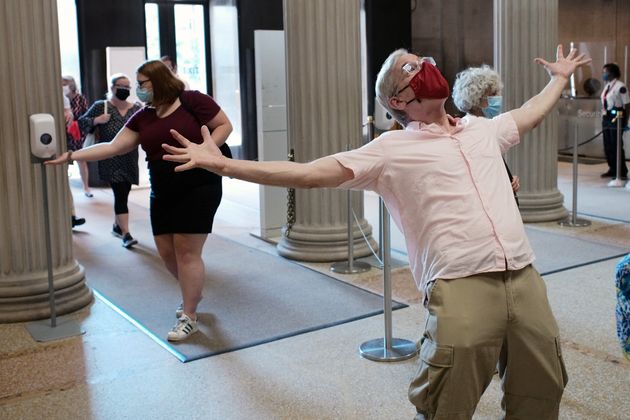 One member sanitises their hands as another celebrates at The Metropolitan Museum of Art during its first day open to members since March on August 27, 2020, in New York City. 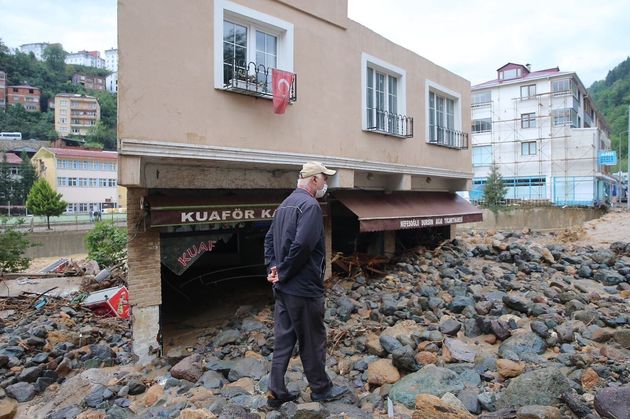 A view of a damaged site hit by a flood due to heavy rain in the Dereli district of Giresun, Turkey, on August 23, 2020.