A 102-year-old retired nurse is to complete her 102nd charity walk on her birthday. During lockdown, Joan Rich set a goal to walk 102 laps of her local park before her 102nd birthday on September 11.

Following in Captain Sir Thomas Moore’s footsteps, the former auxiliary nurse and Second World War veteran aims to raise money for the NHS she worked in for much of her life.

Using her frame, or pushing her wheelchair, Joan walks a 560-metre path from her home in Felixstowe in Suffolk, around Allenby Park, and back. She has already completed 101 laps and raised more than £23,000 for NHS charities. 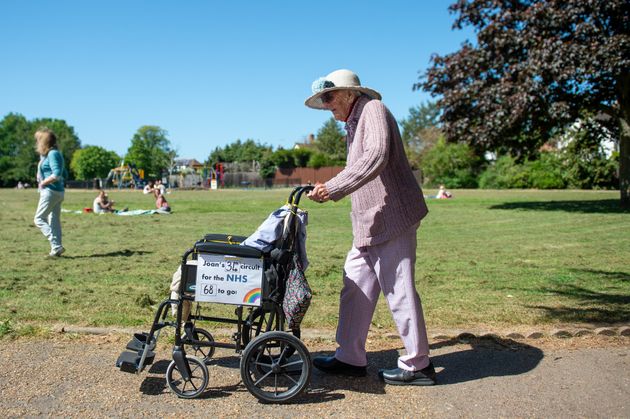 Joan was one of the first people to visit the park on April 22 when it reopened after shutting due to the coronavirus pandemic. A local resident had mowed “NHS” into one of the lawns during lockdown and it inspired Joan to complete the challenge.

“I wanted to do my bit for them,” she said. “The only way I can help is by walking, like Sir Tom. I hope it makes a difference.” 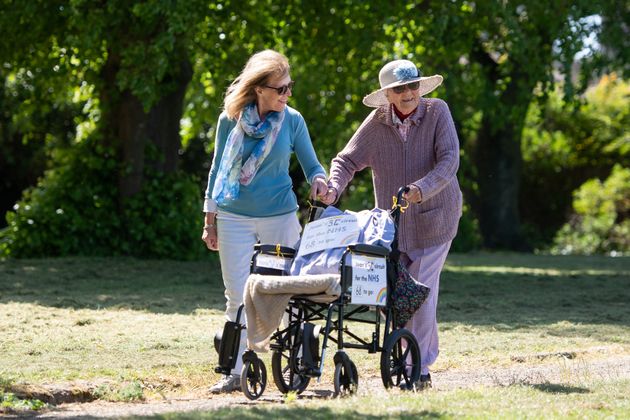 Her daughter Diane Rich, who accompanies Joan on the walks, set up a JustGiving page for the venture. With more than £23,000 given so far, they hope a final surge in donations will mark the last walk.

“She has walked over 35 miles,” Diane told the PA news agency. “She has been very humbled by the support she has had from neighbours, friends and strangers. She says no matter how big or small, all donations add up to help raise money for the NHS.”

Joan, who was a nurse at Felixstowe General Hospital between 1964 and 1978, said she sometimes had to go to the park during shifts when patients who had absconded from the hospital had gone there. She also worked at Hillingdon Hospital in west London before moving to Felixstowe in 1964.

During the Second World War, she served with the Royal Military Police and was stationed in Jerusalem where she helped prisoners of war return to health before being sent home to their families in the UK – including a member of her local bicycle club in Ipswich who was captured at the start of the war. 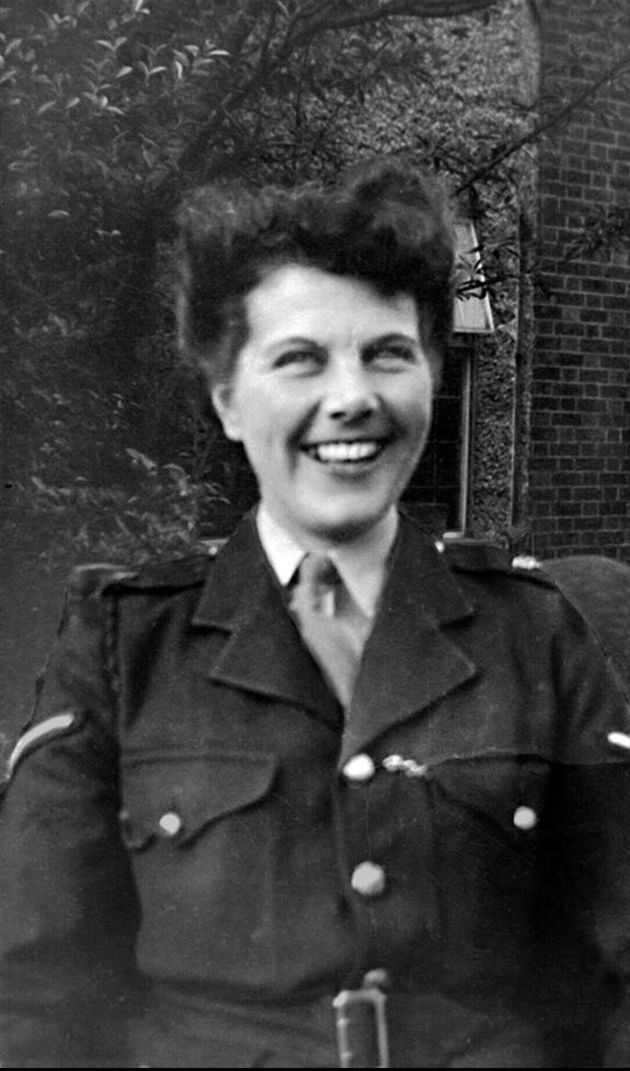 Joan, who was born in Meriden in the west Midlands during the Spanish flu pandemic in 1918, said the sense of community spirit during the coronavirus pandemic had reminded her of that during war time.

While stationed in Jerusalem, she lived close to another Allenby Park – spending more than half of her life visiting parks with the same name.

Local children have put images in their front windows encouraging Joan to achieve her goal.