100,000 Households Used Food Banks For The First Time During Lockdown - And Demand Is Set To Rise - Rugby and Daventry Radio Station Midlands UK

100,000 Households Used Food Banks For The First Time During Lockdown – – And Demand Is Set To Rise

100,000 Households Used Food Banks For The First Time During Lockdown – – And Demand Is Set To Rise

The number of people forced to rely on food banks for the first time has soared as a result of the coronavirus pandemic, according to a new study.

And the need for food parcels is expected to rise by 61% this winter, as families with children feared to be hit the hardest.

The UK’s food bank provider, the Trussell Trust, has said it saw an immediate and sustained increase in demand across its food banks from the start of the outbreak.

Between April and June, almost 100,000 households received support from a food bank for the very first time.

Analysis carried out on behalf of the charity by Heriot-Watt University has estimated 846,000 food parcels will be distributed this winter, as mass employment is expected to rise with the end of the furlough scheme in October.

The charity warned there will a further rise in poverty, with 670,000 additional people classed as destitute by the end of the year, meaning they cannot afford essentials such as housing, energy and food.

Emma Revie, chief executive of the Trussell Trust, said: “Communities throughout the country have shown enormous resilience in helping more people than ever before, but food banks and other community charities cannot continue to pick up the pieces. None of us should need a charity’s help to put food on the table.

“Our research finds that Covid-19 has led to tens of thousands of new people needing to use a food bank for the first time. This is not right. If we don’t take action now, there will be further catastrophic rises in poverty in the future.

“With the furlough scheme set to wind down, we must act now to put in place protection for each other. We must take it to help us weather the storm left in the wake of Covid-19.”

It comes as separate findings published by Action for Children revealed 71% of households who accessed funds by the charity did not have financial issues before the pandemic. 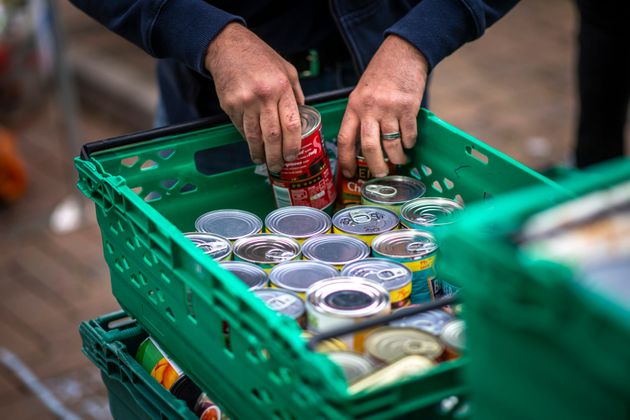 Its report showed two thirds of the charity’s ground workers fear families will become worse off over the next six months.

A government spokesperson said: “We have provided £9.3bn extra welfare support to help those most in need, including increasing Universal Credit by up to £20 a week, as well as introducing income protection schemes, mortgage holidays and additional support for renters. Meanwhile, since mid-March we’ve supported 3.9 million claims to Universal Credit and made 1.3 million advance payments to people who could not wait.

“We have already taken steps to help ease the burden of Universal Credit debt repayments including reducing the maximum deduction from 40% to 30% off a claimant’s standard allowance. From October 2021 we will reduce this further to 25%, and we will double the time available to repay an advance to 24 months.”