100,000 A-Level Results Could Be Downgraded. Students Like These Are Most At Risk - Rugby and Daventry Radio Station Midlands UK

100,000 A-Level Results Could Be Downgraded. Students Like These Are Most At Risk

100,000 A-Level Results Could Be Downgraded. Students Like These Are Most At Risk

Pupils awaiting their A-level results in England say they are “angry” and “demoralised” amid fears their expected grades will be lowered by a computer on Thursday.

Those who attended school in deprived areas with historically lower-achieving exam performances say they are particularly worried they will be unfairly penalised by the algorithm used by regulator Ofqual.

The government is facing pressure to ensure exam results in England “will not exacerbate existing inequalities” by “biased” statistical modelling after students from poorer backgrounds in Scotland were hit hardest by downgrading last week.

Results for Higher awards north of the border were branded a “disaster” when the Scottish Qualifications Authority (SQA) downgraded 124,000 results. On Tuesday the SNP-led Holyrood government announced all grades that had initially been lowered by the algorithm would be binned and replaced by the original assessments carried out by teachers.

Later that day ministers announced some pupils in England would be allowed to use results in mock A-level exams as the basis for an appeal against the grades they were given, so long as the mocks were held under exam conditions and could be “validated” by the schools. 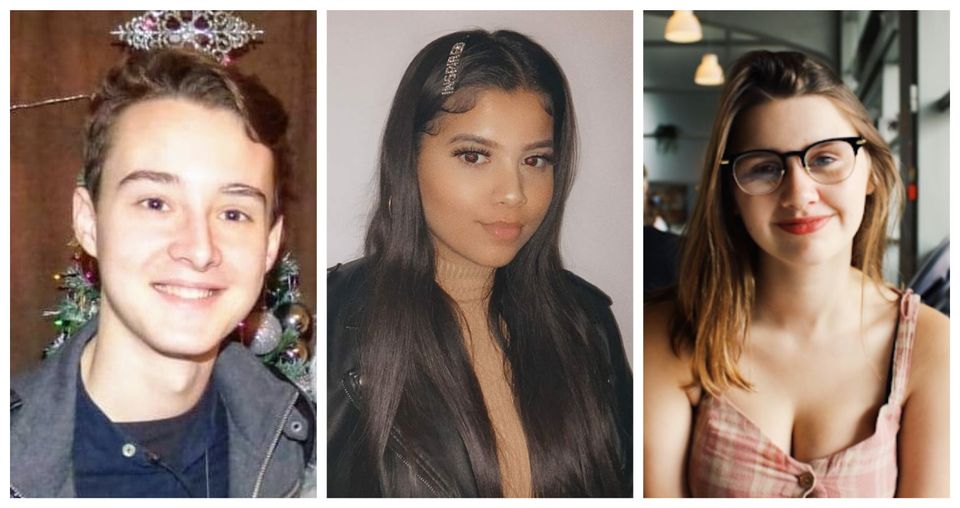 Students will still be able to sit exams in the autumn if they are unhappy with the grades they secured in mock exams, or if they are dissatisfied with results awarded by exam boards on Thursday.

But the appeals process – where individual students in England are dependent on schools and colleges to appeal against results on their behalf – is expected to remain the same.

Labour has warned that Boris Johnson risks “robbing a generation of young people of their future” over the relentless policy changes, U-turns and backpedalling over the last few weeks.

Rhianna, 17, is waiting to hear if she will meet her predicted AAAs in order to meet a conditional offer to study politics at the London School of Economics. She said she had initially been feeling “quite confident” when she first heard her grades would be based on predictions. “I knew and trusted that my teachers would be honest,” she tells HuffPost UK.

But following the cancellation of exams due to the coronavirus pandemic, this year’s A-level and GCSE grades will be determined based on an algorithm that relies on grades submitted by teachers and a pupil’s past exam results – as well as the school’s past exam performance.

It would be a slap to the face if they didn’t get the results their teachers told them they deserved.Jennifer, 18, Belfast

The new model has left Rhianna “disheartened” and made her “really lose confidence in the process”. That her sixth form college in Bristol is “really large and doesn’t perform very well in league tables” has left her “extremely worried”.

If she receives her grade predictions, Rhianna would be the first in her family to go to university; if she doesn’t, she may not be able to afford her rent while she studies for resits in autumn.

“University has always been a really significant step for me, so to lose that due to a statistical model would be really disappointing,” she said. “It would be really devastating for a lot of poorer students who would have really succeeded during normal examinations.”

The news that her grades will potentially be downgraded has made her “really lose belief” she can start uni in September and she says she has been “hesitant” to make any plans or preparations.

“It angers me how casual the Ofqual are approaching these results, especially since they justify the injustice of the system with the offer of autumn examinations.” she continues. “Not everyone has the luxury of a gap year or will even be able to afford the re-sits.”

She hopes the U-turn over school leavers’ grades in Scotland will mean the exam board in England will consider reforming the grading system.

“The policy reversal around exam results in Scotland has demonstrated that the system doesn’t work and unfairly impacts disadvantaged students. If Scotland has admitted the failures within their similar grading system, then so should Ofqual.” 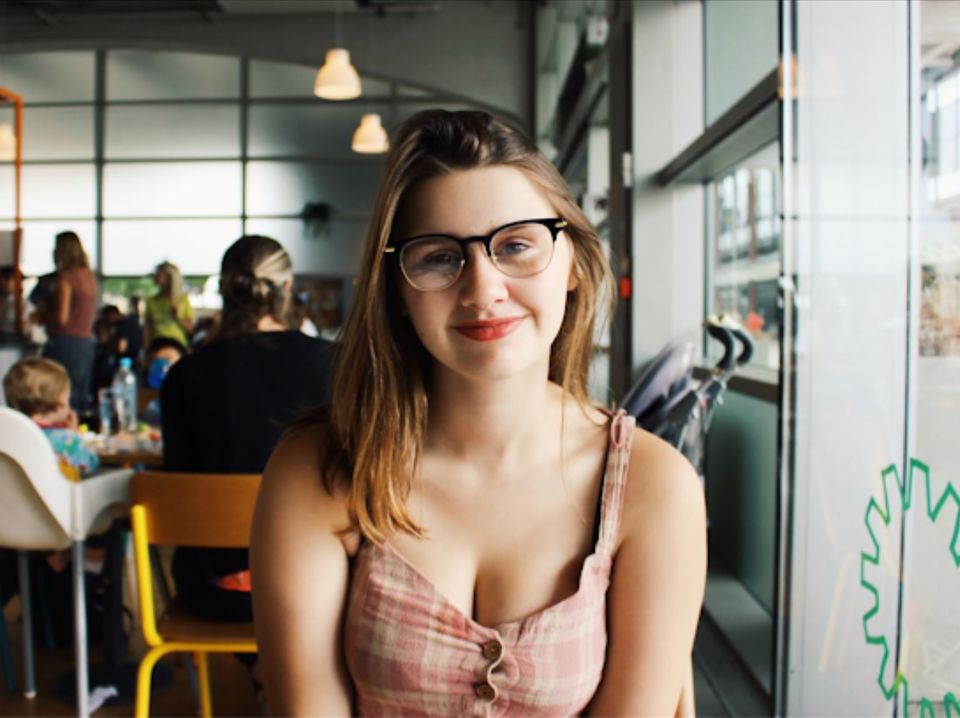 Nearly 40% of A-level grade recommendations by teachers are expected to be downgraded, schools minister Nick Gibb told the Today Programme on Radio 4 on Wednesday morning.

With around 250,000 pupils due to receive their results on Thursday, 100,000 could be at risk of shattered dreams and wrecked plans.

Catalin, from Richmond upon Thames, describes his life as being “on hold” while he waits to hear if he will meet the AAB grades he needs to get into Royal Holloway, University of London.

Historically only 2% of students at his college achieve AAB or higher, and Catalin believes it is “likely” at least one of his grades will be downgraded. “I certainly think both me and my classmates will be affected no matter what our performance could have been,” he said.

By penalising students from poor-performing schools, this year’s results will leave “entire cohorts demoralised”. “The [other years] will see that despite the Year 13s and 11s putting in effort, they will still just get assigned the results of the previous year, shattering the myth of a meritocracy.”

He added: “The same students who are at a disadvantage because of the school they go to – and by extension their background – are also the ones that don’t have the option of sitting the exams in September and taking a gap year somewhere in a tropical country.

“They also don’t have parents with the know-how to chase after their sixth form and appeal their grades – not that appealing would do much good, either.”

If he does not meet his grade predictions, he will try to find another place through clearing. “Taking a gap year isn’t an option for me as job opportunities are scarce right now and, like many people, I can’t afford to just go live abroad for a year.

“My plans for August have pretty much all been shelved and my life is on hold [because of] the anxiety from waiting and the fact that I have no clue what university I will end up going to.”

The Universities and Colleges Admissions Service (Ucas) has predicted a record number of students will use clearing to find places at UK universities, with so many students predicted to receive downgraded results.

Afrina, who is predicted AAB, tells HuffPost UK she is worried because her school in Leyton, east London, “doesn’t have the best historical data and is in a disadvantaged area”.

“Students in deprived areas of London are automatically deprived due to how the grades will be assessed,” she says. “Me and my classmates will definitely be affected due to the location of our college. I don’t think it’s fair.”

She was also recently diagnosed with dyslexia, which would have normally given her extra time to take her A-level exams. But because results now depend on her past performance, she worries she will be given lower grades than the ones she deserves.

“My grades went up by two grades for one of the subjects whereby I was given extra time in February,” she adds. “I’m feeling really apprehensive about my results as I’m not too sure what to expect.”

A study by University College London has found predicting A-level grades is a “near-impossible” task, with researchers only able to accurately predict one in four pupils’ best three subjects.

Comprehensive students were also found to be twice as likely to be under-predicted by modelling than grammar or private schools.

That students from poor-performing schools are the most likely to be downgraded is, in one pupil’s opinion, “one of the most unfair things about the whole situation”.

“It’s not fair to assume that just because someone attends a ‘bad’ school they would probably perform poorly,” Catherine, 18, says. “Cases should be looked at on an individual basis rather than judging a student’s capability by their socio-economic background.”

Even then, she points out “predictions aren’t an accurate representation of how students would actually perform”.

“A lot of the time, students out-perform their predicted grades, as they tend to really knuckle-down and study during exam season. This means they end up performing significantly better than expected.”

The discriminatory nature of basing results on a school’s past performance has even angered pupils who will less likely be affected. As a student at a high-achieving comprehensive in Belfast with an unconditional university offer, Jennifer, 18, admits she is “lucky to be where I am right now”.

She says she trusts her teachers to give the most accurate predictions of her results. “I felt that as long as the teachers had a say based on their interactions and knowledge of them as students, then I felt that the results would be as fair as it would get.

“That’s why the input of the teacher felt like such an important factor to making these results fair and accurate. They know how their students act and behave, what they achieved in mock exams and their coursework, understand their work ethic, and have been through good and bad moments with them.

“It does worry me that people in less advantageous situations will be negatively impacted by this.

“It would almost be a slap to the face if they didn’t get the results they were expecting – the results that their teachers told them they deserved.”

Rugby and Daventry Radio Station Midlands UK > News > National And International News > Huffpost > 100,000 A-Level Results Could Be Downgraded. Students Like These Are Most At Risk