More than 10 million people have downloaded the NHS Covid-19 app since it launched on Thursday, the Health Secretary has said.

Matt Hancock said on social media it was an “absolutely fantastic” response so far, and urged more people to download it.

The Department of Health and Social Care (DHSC) said that six million people had downloaded the app the first day it launched, and this had since risen to 10 million by midday on Sunday.

The app needs a minimum of seven million people to be using it for it to be effective.

More than 1.5 million venue check-ins were recorded on Saturday while more than 460,000 businesses have downloaded and printed QR code posters that can be scanned by the app to check-in to premises, it added.

These QR codes allow contact tracers to reach multiple people if an outbreak is identified in a venue. 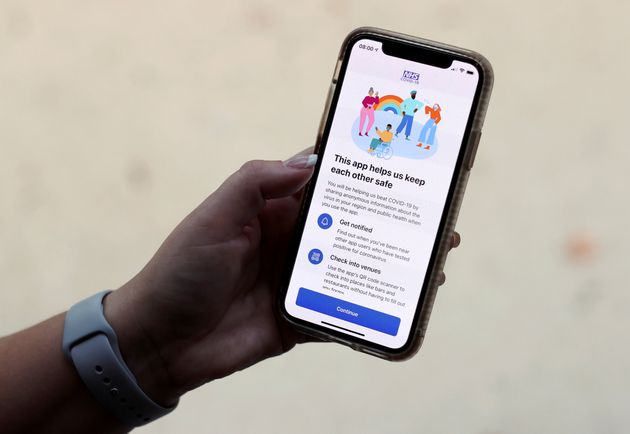 Hancock said: “The enthusiastic response of over 10m people downloading the app in just three days has been absolutely fantastic.

“This is a strong start but we want even more people and businesses getting behind the app because the more of us who download it the more effective it will be.

“If you haven’t downloaded it yet I recommend you join the growing numbers who have, to protect yourself and your loved ones.”

Absolutely fantastic response to the @NHSCOVID19app: over 10 million people have downloaded the app in just three days.

A strong start – if you haven’t already, I recommend you download it now

His comments come a day after an issue preventing users of the NHS Covid-19 app in England logging a positive test result was resolved, but people who book a test outside the app still cannot log negative results.

Concerns were expressed when it emerged people tested in NHS hospitals or Public Health England (PHE) labs, or those taking part in the Office for National Statistics infection survey, could not enter their results on the newly-launched app.

The app has been available for download across England and Wales since Thursday, but the problem existed only in England.

A tweet from the official app account on Friday confirmed that certain test results could not be recorded, after a user tweeted to say he was being asked for a code – which he did not have – in order to enter his result.

On Saturday evening, a spokeswoman said: “Everyone who receives a positive test result can log their result on the app.”

Trump Has Been Even Worse Than Everyone Expected